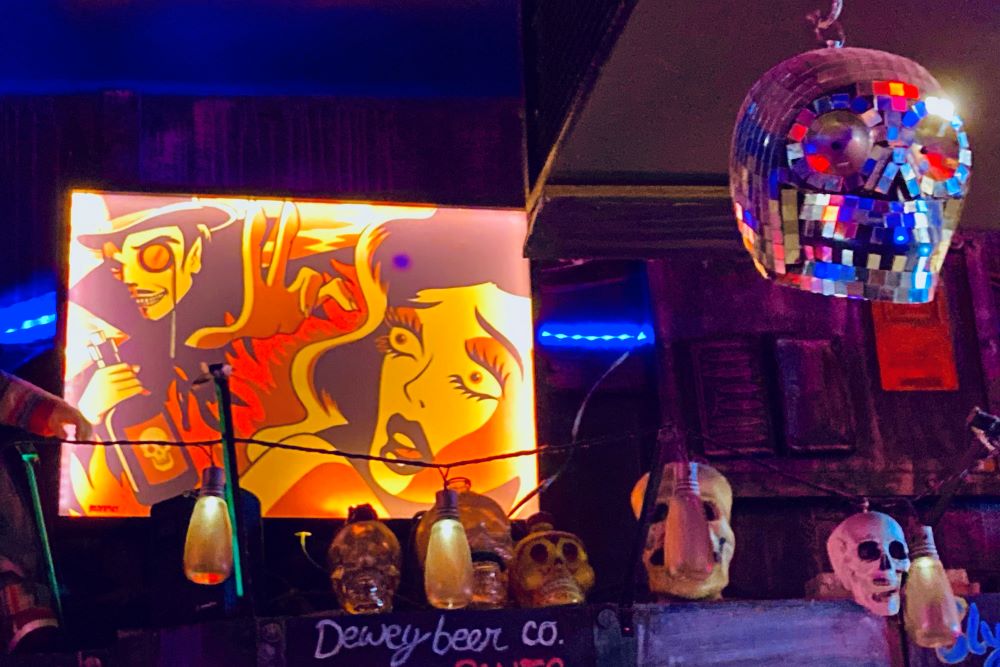 Mike Alberter believes his bar is one of the safest spots on the South Side … even if it is crawling with monsters.

Since 1995, creatures of the night have packed Jekyl and Hyde on 18th Street to celebrate Halloween year-round with devilish decor and to-die-for drinks. Imagine Dr. Frankenstein’s laboratory with a liquor license and you’ll get the idea.

The place is tucked back in the flats off of East Carson, which is home to a large concentration of bars and throngs of weekend revelers. When the real world gets a little too scary, having a glass of Spooky Juice off the beaten path in a friendly neighborhood dive is a nice distraction.

With black lights and fake cobwebs covering the back bar, a life-sized Michael Myers lording over the ATM machine and disco skulls hanging from the ceiling, every square inch of the space is a selfie-worthy experience. 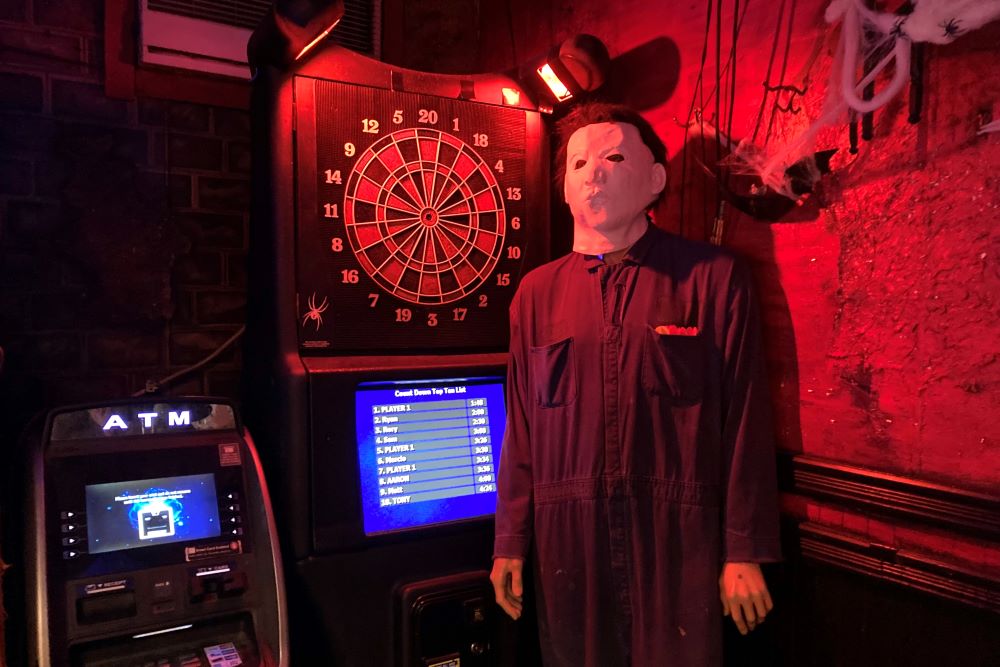 “We like to garnish the Evil Drinks with plastic fangs or a finger,” says bartender Lauren Anderson, handing me a menu labeled Cocktails for the Recently Deceased, a subtle nod to the movie “Beetlejuice.”

She started haunting the place as a customer in 2017. Now she’s a regular behind the bar, where you’ll often find her in a pair of kitty-cat ears and spider-web leggings.

Costumes are encouraged at Jekyl and Hyde, which operates daily from 7 p.m. to 2 a.m. with Ghastly Hour specials from 9 to 11 p.m.. But you can also feel free to be yourself here, too. There’s no shame in channeling the ghost of Elvis Presley on Thursdays during the South Side’s longest-running karaoke night.

“That’s the heart of this place,” Anderson says. “For me and, I think, for most women who tend to go out by themselves, feeling comfortable and safe in a bar is the No. 1 priority. I’m proud to provide a positive atmosphere and add something special to this neighborhood that I live in and love.”

I’m always clad in some sort of monster T-shirt, so I feel right at home at Jekyl and Hyde. Even on a sweltering August day. Two decades ago, it was the first stop on my 21st birthday bar tour. I’m still apologizing to my friends for the horrors they had to endure that night, which, by the end, looked like a scene out of “The Exorcist.” 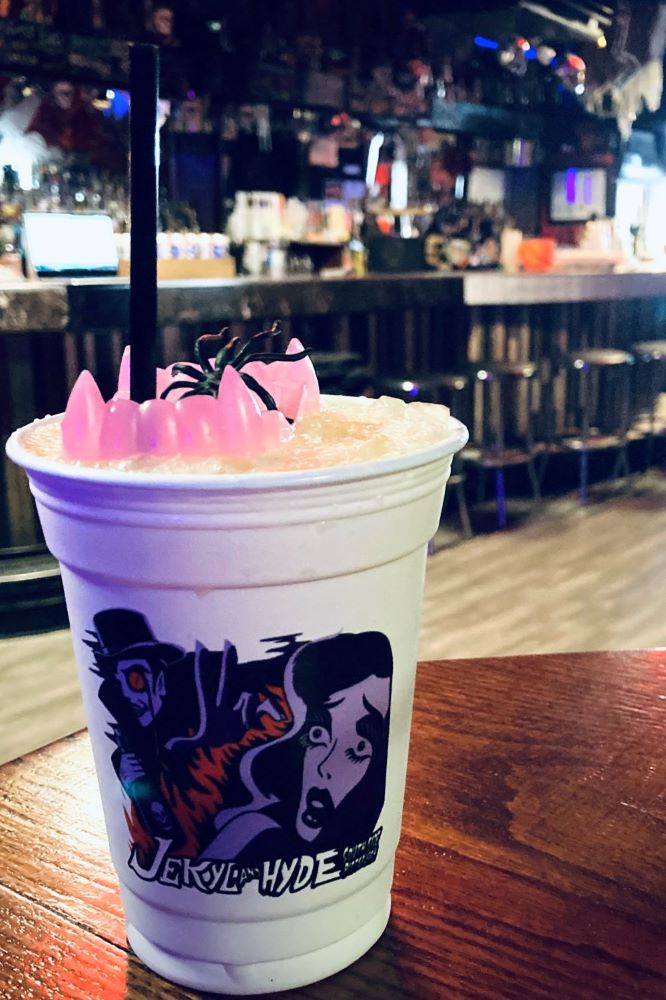 In honor of my patient pals, I ordered the joint’s most popular beverage, the Jag-O-Lantern, a mix of vanilla, orange and whipped cream Smirnoff vodka served in a collectible cup. One sip gave me the same type of sugar rush I experienced as a kid trick-or-treating in the ’80s.

If you don’t have a sweet tooth, there’s also a rotating selection of 13 draft beers and a cooler bursting with canned offerings. For a nightmarish morning after, enjoy the extensive tequila and mezcal collection. No matter what poison you pick, you might want to fill your belly before your visit. Aside from some pre-packaged snacks, there’s no food served at Jekyl and Hyde, which is probably for the best given the blood-and-guts decor.

The elderly gentleman seated next to me munches on pretzels and nurses a Meet Your Boilermaker, a pony bottle of Miller High Life, a shot of Bulleit Rye and a spider ring. But the night is young … by 10 p.m., a new generation of party animals will be downing Grim Reaper shots while a DJ conjures demons on the dance floor.

In an age of immersive holiday pop-up bars, it’s easy to take a place like Jekyl and Hyde for granted.

When Alberter, who is also co-owner of Carmella’s Plates & Pints, opened the place during the Clinton Administration, he didn’t intend on making it a Halloween haven. The name is a reference to booze-induced mood swings. After a few months of soul-searching, he decided on an identity for the new venture that went above and beyond intoxication.

“I knew I had to be different from other bars on Carson,” he says. “Halloween is always the biggest night of the year, so we went full-force with it.” 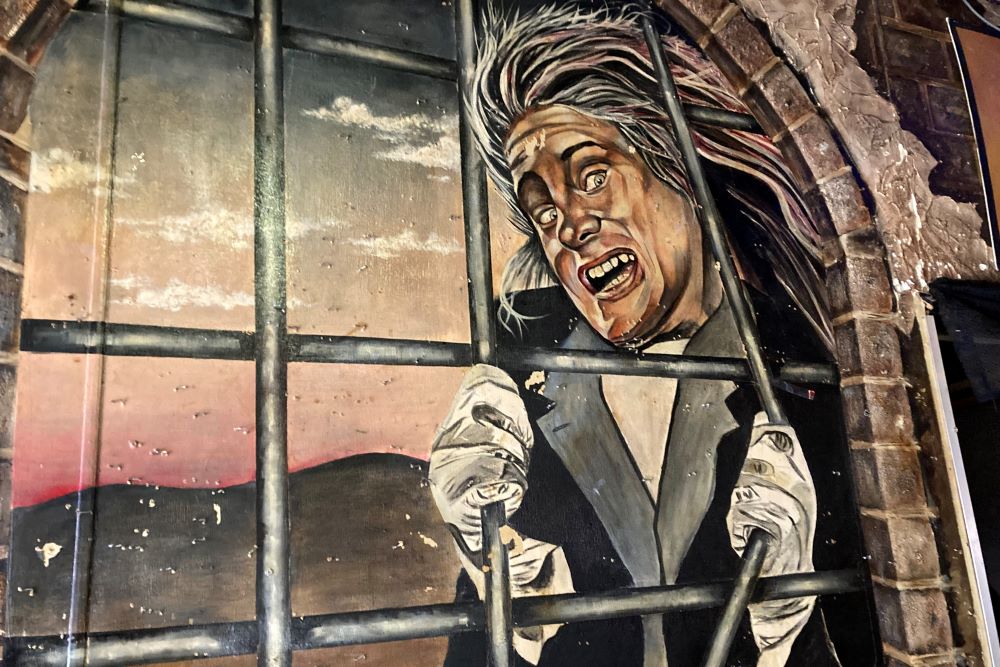 The fact that Alberter was able to resurrect “The Bar from Hell” after a long, pandemic-related closure (as a non-smoking establishment no less!) is a testament to its popularity … and possible ties to the paranormal.

Every October, there’s always a slew of new, often painted, faces at the bar. Chances are you’ll see them there again throughout the year.

As I exit Jekyl and Hyde for what has to be the 50th time in my life, I pop in a pair of plastic fangs in and mumble “Happy Halloween!” to Anderson.

She grins like a jack-o’-lantern and says, “It’s been Halloween in here for 26 years!”