Head To Tacosburgh For Authentic Mexican Eats And American Favorites

The Dormont restaurant boasts everything from birria tacos to burgers. 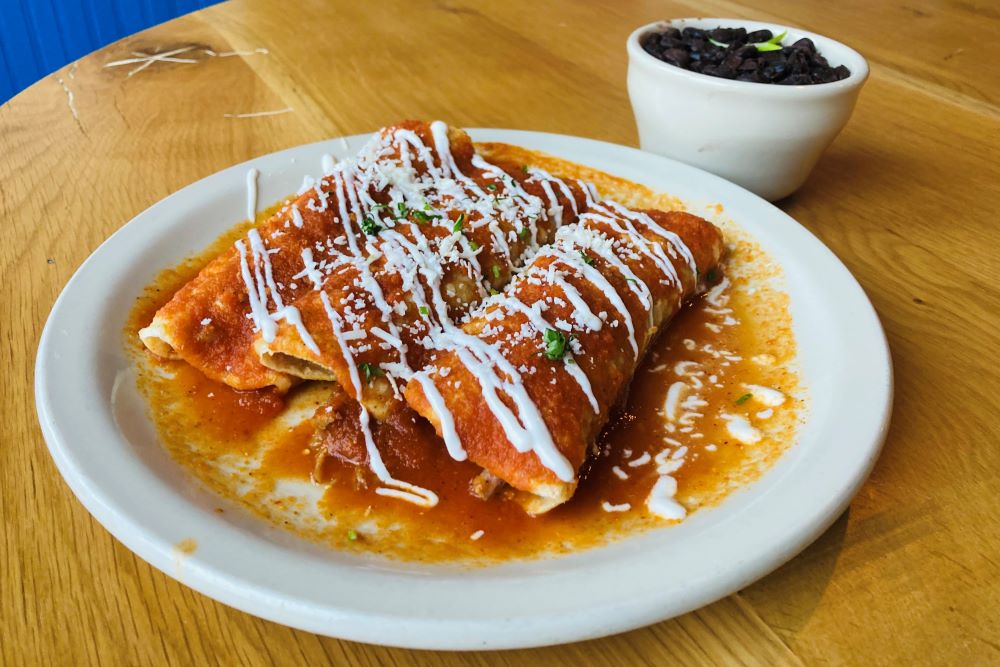 When Chef Marcos Espinoza has a great idea he consults his son, Braulio Espinoza, who puts it into action.

Together with their business partner Martin Bolanos, who runs the local chain Patron Mexican Grill, they’ve created Tacosburgh, a new restaurant that bridges the culinary gap between Mexico City and Pittsburgh. (There’s a mural in the back room connecting the two foodie towns.) 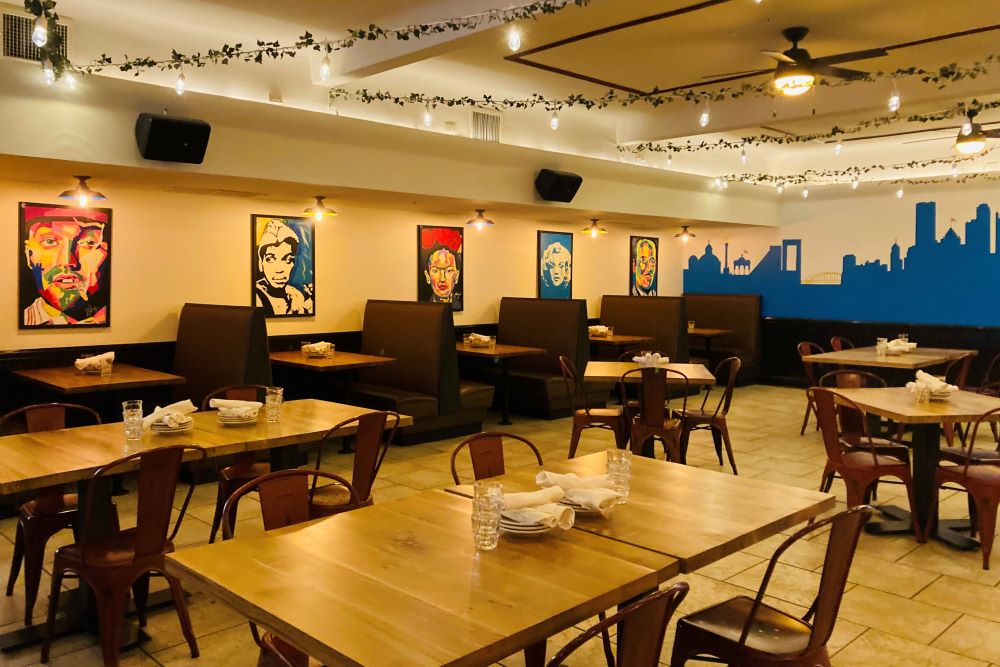 Located in the former Cain’s Saloon at 3239 W. Liberty Ave. in Dormont, Tacosburgh opened Dec. 20 and is open daily from noon to 10 p.m.

Inspired by his Mexican heritage and decades heating up Tennessee’s barbecue scene, the Espinozas offer authentic south-of-the-border eats with American favorites such as burgers, fried shrimp and rotisserie chicken, and dishes that combine the two cultures. 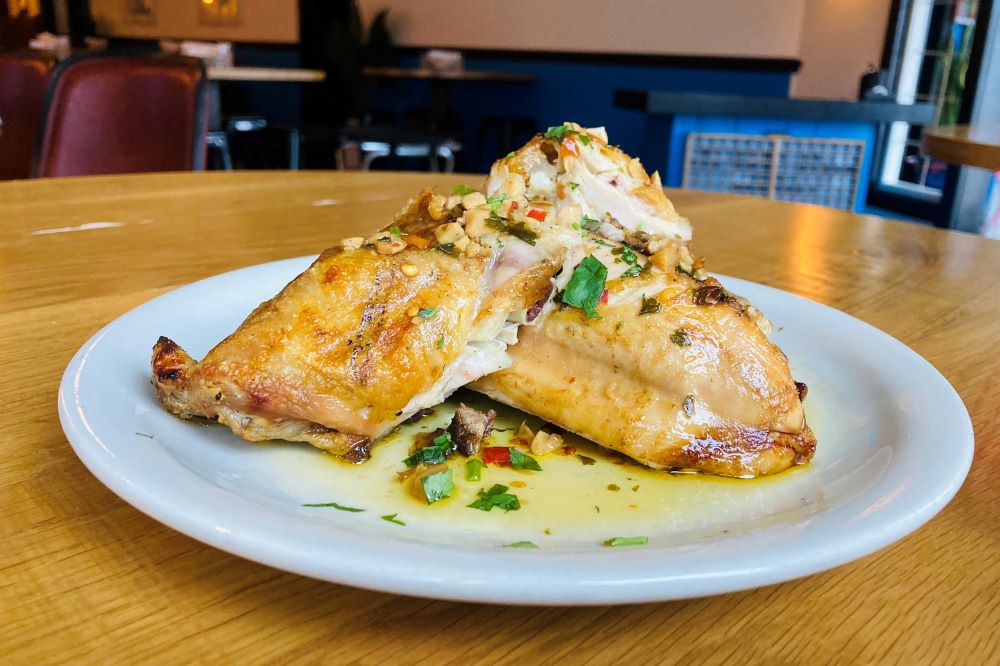 Each day, Marcos smokes meats and makes everything from the tortillas to the sauces in-house using fresh ingredients.

The opening menu is small, but will expand in the next week or so with more options and a full-service bar. In the meantime, the place is B.Y.O.B.

Daily features include birria tacos (there are four in an order) topped with onion, cilantro and lime and chimichurri pollo served with fries.

At Tacosburgh I consumed my first sope, a soft corn flour shell that’s thicker than a traditional tortilla, molded into a cup shape and filled with pork, chicken or Southern-style brisket. The enchiladas rojas had a spicy kick thanks to a family salsa recipe.

Familiar items include a shrimp po’boy and whole trout cooked over a Hickory wood-burning grill. The Americano Burger is made with a hand-formed, half-pound patty cooked to your liking and served on a brioche bun with lettuce, tomatoes, mayo, pickles, American cheese and bacon.

A recent wave of warm weather allowed the Espinozas to open the large front windows, which drew in a nice breeze as well as hungry customers.

When the liquor license is approved, Tacosburgh will boast an array of tequilas and bourbons, specialty margaritas, 18 taps and a selection of bottled beers at the long, concrete bar. 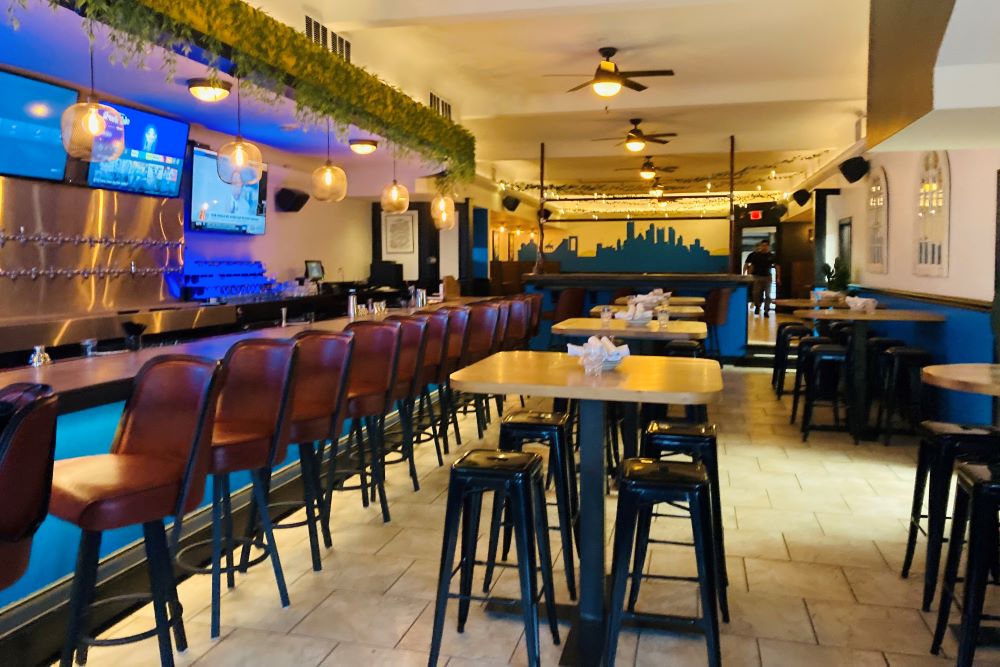 There is ample seating in the front and back, which doubles as an Espinoza family art gallery. Braulio and his sister, Gaby, painted colorful portraits of notable Mexicans and Pittsburghers like Jack Lambert and Mac Miller.

The food is a feast for the eyes as well, but the Espinozas believe interesting decor and beautifully plated meals mean nothing if the service is lackluster.

“We focus on service and the quality of the food. It’s the only way I know,” says Marcos, who came to the United States in 1985 to raise a family with his wife, Sooky. “We want to bring something different to the city.”