20-year-old owner Galen Moorer Jr. grew up in the frozen treats business. Now, he’s putting his spin on it. 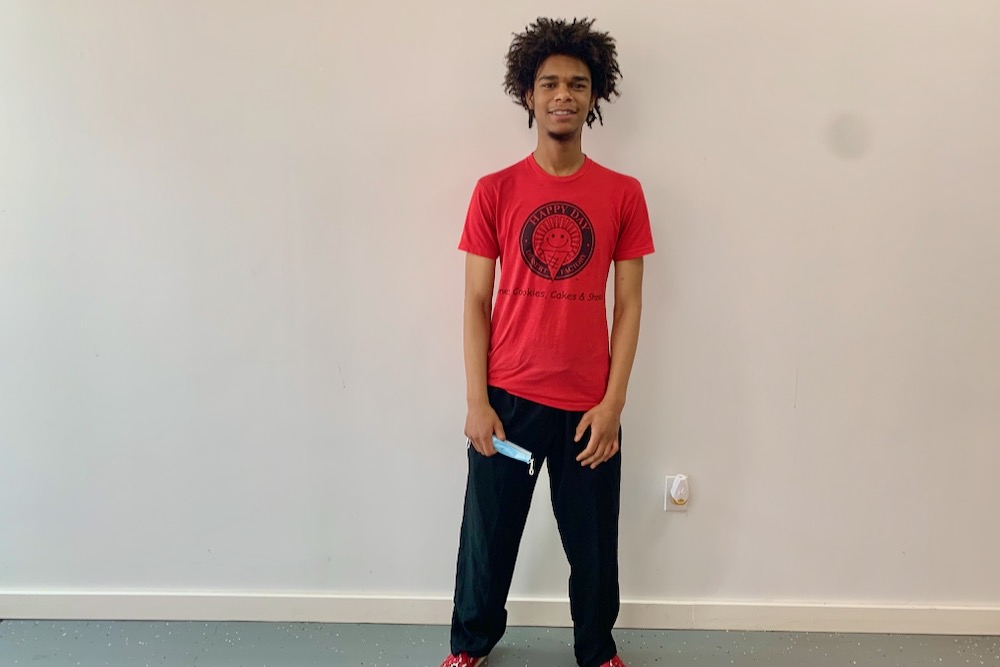 It takes courage for anybody to launch a business during a global pandemic. Imagine doing it if you’re 20 years old. That’s what Galen Moorer Jr. did when he opened Happy Day Dessert Factory in March.

Following nearly two years of planning and construction, Moorer was set to raise the curtain of his North Side ice cream parlor on March 16. Then, COVID-19 hit, and the young business owner was faced with a momentous decision. “I thought about waiting to open until the governor moved things into green,” Moorer says. “I decided to press on and open for take-out only instead.”

Owning an ice cream shop is something Moorer has been preparing to do for nearly his entire life. His dad, Galen Sr., operated a Rita’s Italian Ice franchise on East Ohio Street for more than a decade, closing the storefront a few years ago. Moorer says he started helping his dad when he was 8. “From a very young age, I was working with ice cream and Italian ices. I’ve loved it my whole life. Now I’m doing it myself,” he says. 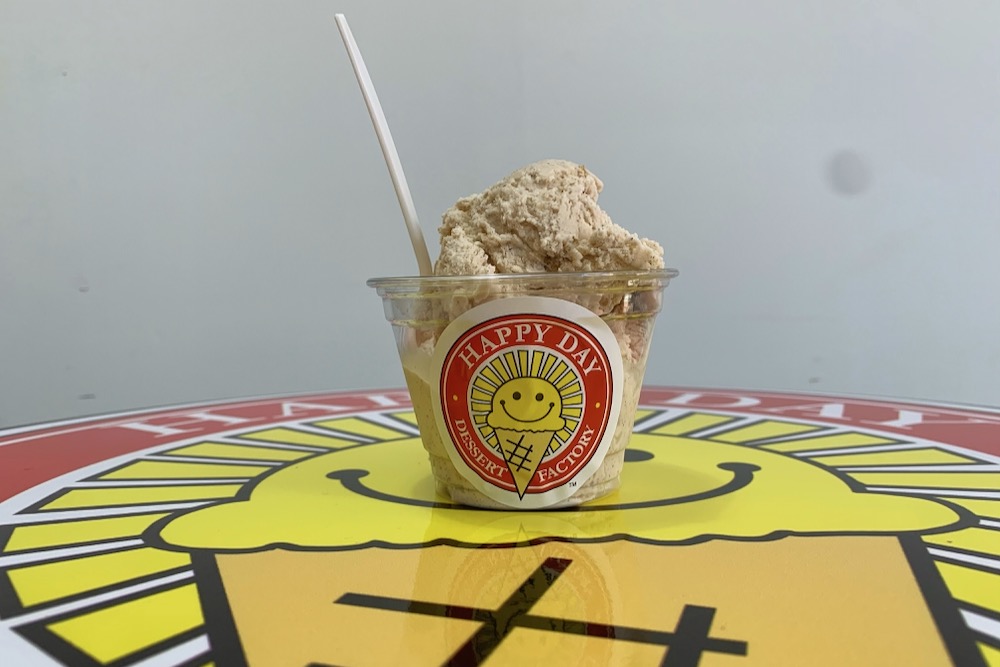 The scoop shop is only a few months old — and just opened for limited in-house seating a couple of weeks ago —but Moorer already has more than 50 flavors of house-made, hand-packed hard ice cream in his repertoire. His passion for inventiveness rings through with layered offerings such as Birthday Cake, Oat ‘n Honey Granola, Berry Crunch and Apple Pie. “I love to get creative with the flavors. We can have new ones coming out every hour on some days,” he says.

He offers a rotating selection of 12 at any given time, swapping in new creations as the previous ones sell out. “We make a small batch of it and see how it goes. Then we’ll fix it from there,” Moorer says.

Moorer’s imagination drives his recipe crafting, as does the availability of fresh fruit (one of his favorite ingredients), customer feedback and suggestions, and, most importantly, conversations with his dad. Cinnamon Toast Crunch ice cream, for example, came from an exchange the two of them had about flavors Galen Sr. loved when he was younger. A scoop, toasty, sweet cream with notes of cinnamon-sugar, tastes like a childhood memory — it also reminded me of a midnight treat.

Moorer also offers house-made water ice. He’s using the Philadelphia-area name for the frosty treat as a way of distinguishing himself from his dad’s former Italian ice shop. Galen Sr. might be his son’s mentor — he even helps at the shop — but this is Galen Jr.’s business. And his Happy Day Dessert Factory version has a silky texture and subtly sweet flavor that makes for a delightful treat on a hot afternoon. Moorer’s menu is rounded out by soft-serve — both classic custard and almond-milk-based vegan start as a mix but provides all the delight you’d want from soft serve — as well as a few other treats such as milkshakes and cookies.