Customers can also stock up on local cheeses, rubs, sauces and BBQ accouterments. 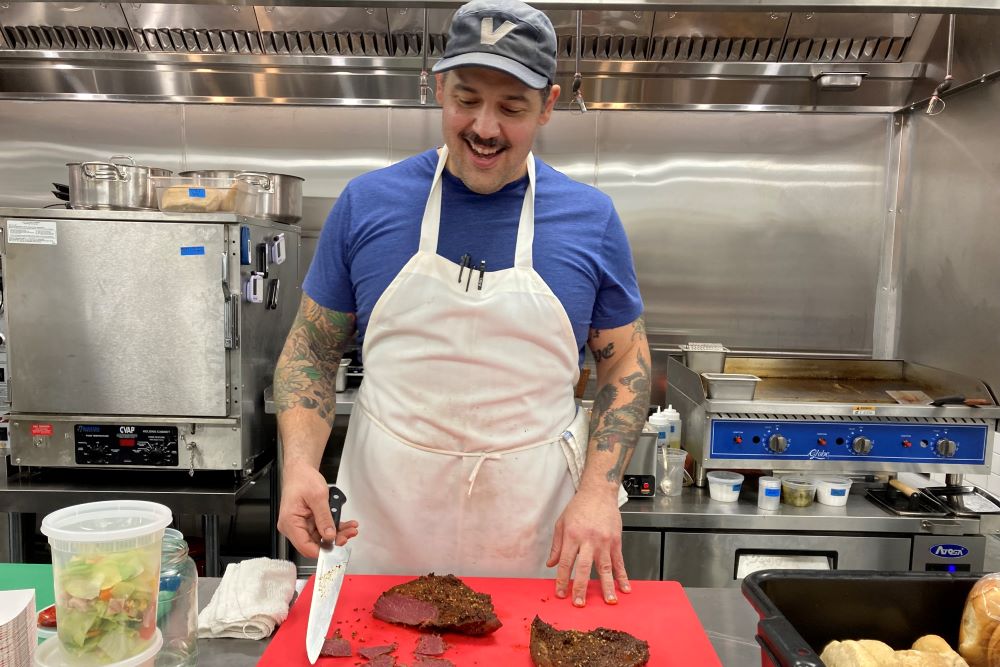 Locals can stop at Fat Butcher at 5151 Butler St. to stock up on fresh, locally sourced deli meat, sausages, ground pork, lamb chops, bacon and steaks that range from filet mignon and porterhouse to lesser known, but still tasty, cuts such as Santa Fe, Denver and teres major.

Dawson and his crew also want patrons to give beef tongue a chance. (They say it tastes like a short rib.)

“A lot of it is rebranding,” says Chef Jesse Barlass, formerly of Bodega Off Butler. “If you give something a more palatable name, people will try it. Pittsburgh is getting more adventurous and trying new cuisines, thanks to restaurant pop-ups and food trucks.”

In addition to feeding people, they want to educate them as well. All you have to do is take a number and ask. The website will soon feature a wealth of information and QR codes will go up around the 1,100-square-foot, newly constructed building so folks can get the 411 on meat raised around the 412. 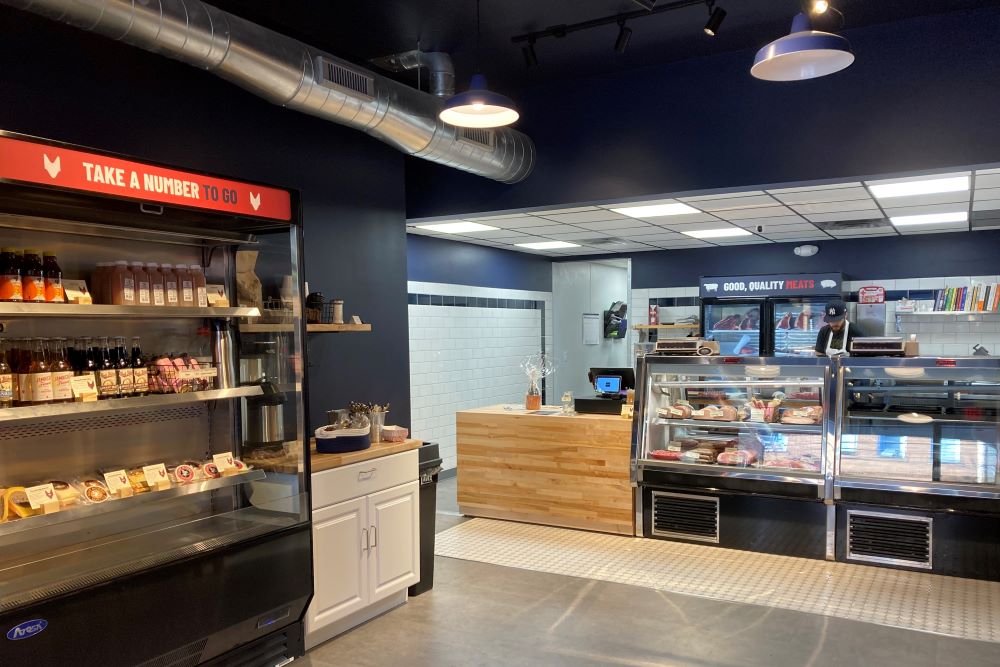 The front of the store features deli cases, coolers and shelves stocked with pre-packaged products – including charcoal, sauces, cheeses and pickled items –  from regional purveyors that’ll enhance your weekend BBQ or evening meal.

In the mornings, there will be grab-and-go coffee and breakfast sandwiches available at a warming table.

There is no seating inside the shop, but Dawson is happy to chat with anyone — especially about his passion.

After spending years as an environmental consultant, the Vandergrift native decided to change careers.

In 2015, while living in Madison, Wisconsin, the land of cheese and cows, he got to hone his knife skills at Underground Butcher, a now-closed shop run by James Beard-award nominated chef Jonny Hunter.

After cutting his teeth there, he worked in various restaurant kitchens and experimented with different cuts of meat in his own home. Once, he bought a pig head for $10 from a butcher and made tacos out of the neck meat and jowls. 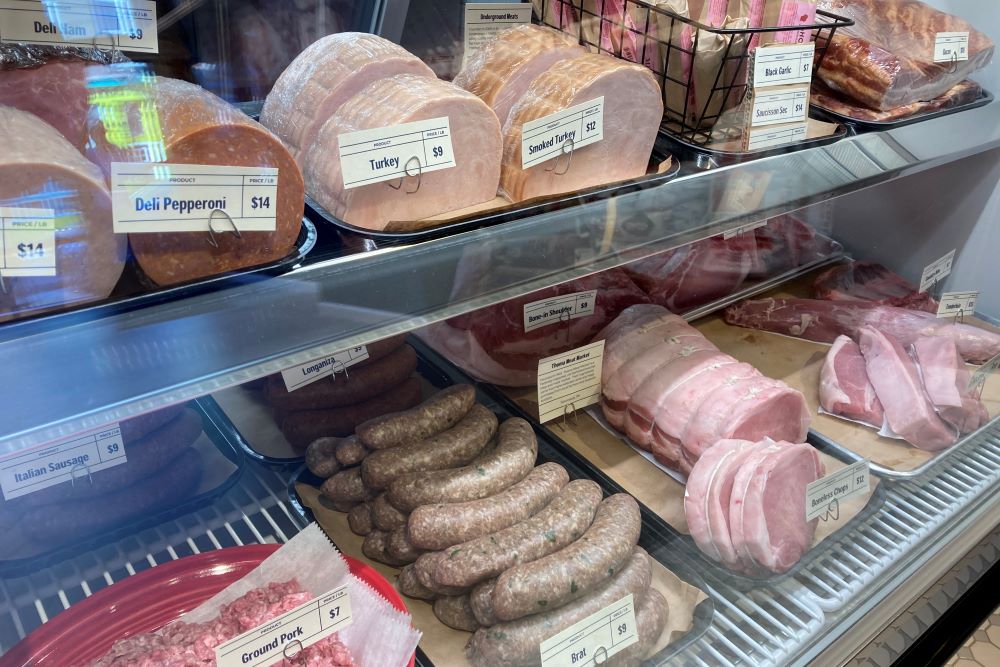 Dawson wanted to bring a friendly, neighborhood butcher shop back to Butler Street, which, historically, was a big business district for meat until Pittsburgh banned the slaughtering of animals within city limits.

The name is a nod to his late brother, Pat Dawson, whose nickname was “Fat.”

The fat, Dawson says, is also where the flavor is.

“I’m turning fat into a positive thing,” he says with a laugh as he slices pastrami from a large, slow-cooked brisket.

Butchering is done in the back of the shop using old-fashioned hand tools and elbow grease. Some of it is dry-aged to intensify the taste. Dawson, an empathetic soul, says breaking down a 200-pound animal is a long, complicated process, but it’s done so with respect. 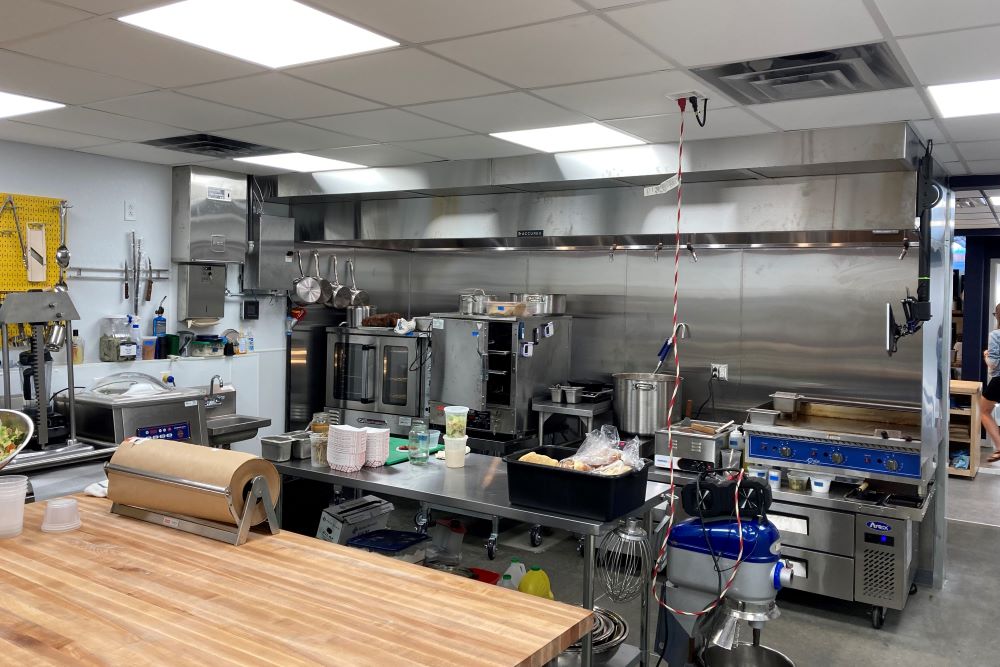 Fat Butcher’s first steer came from Pasture Perfect Beef in Grove City, Pa. and they will work with several other suppliers in the area to give customers the freshest meat possible.

John and Judy Ligo spent two decades as dairy farmers and now run a less labor-intensive operation on 1,045 acres. The couple’s been selling farm-to-plate beef since 2010 and averages about 100 head a year. They’ve supplied products to local restaurants such as Siempre Algo and North Country Brewing in Slippery Rock.

Cattle, mostly Black Angus and Scottish Highland, are born and raised on the farm and are given feed grown on the property.

“Our cattle never have a bad day,” John says. “We keep the stress off of them so they don’t feel threatened.”

The pandemic changed the way people are eating. There’s a stronger emphasis on local food, including meat.

“We’ve gone all over Pittsburgh and Cleveland talking with butcher shops to see how they operate,” Dawson says. “We all succeed when we promote each other. We’re building a community.”