Farmer X Baker Expands to a Market in O’Hara

The standalone storefront offers more of what makes the riverfront cafe and bakery so popular and is the latest representative of an emergent trend in Pittsburgh. 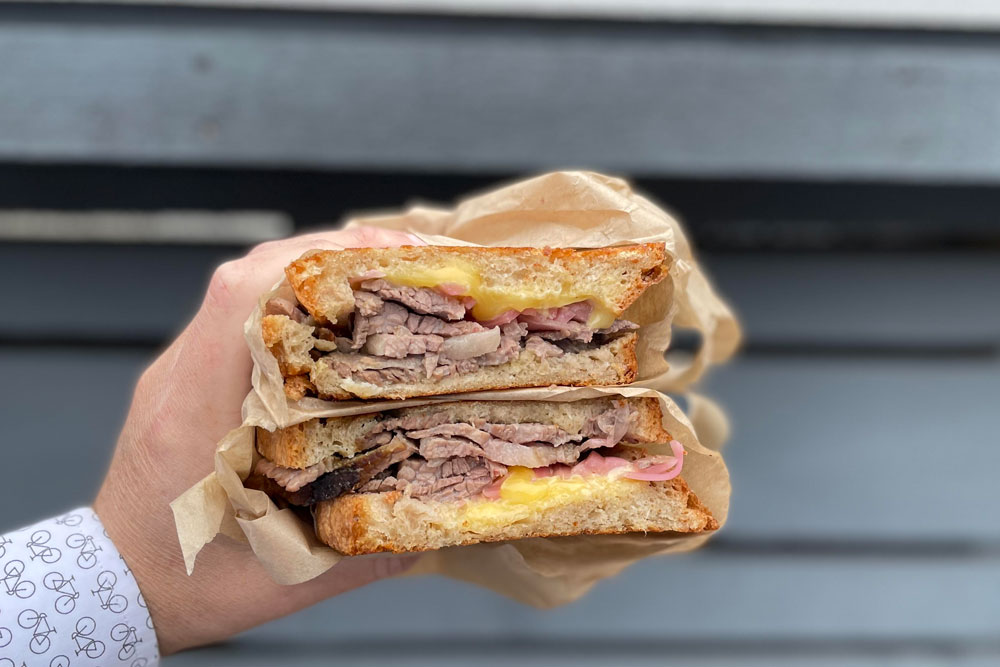 BRISKET SANDWICH ON SPELT. PHOTOS BY HAL B. KLEIN

The new Farmer X Baker marketplace in O’Hara is the latest representative of an emergent trend in Pittsburgh: small-ish, independently owned neighborhood markets, such as Mayfly Market & Deli in the Mexican War Streets, Mediterra Cafe in Sewickley and Mt. Lebanon and Linea Verde Greenmarket in Bloomfield, that offer prepared meals, locally farmed produce and pantry staples such as milk and eggs, bakery items and value-added products such as cheese made by regional food producers.

Farmer X Baker owner Jennifer Urich has had big ideas for how to connect the region’s farm economy to Pittsburgh eaters ever since opening her farm-to-shipping-container eatery in 2019 in what is now called Allegheny RiverTrail Park in Aspinwall. This season, for example, she doubled down on plant-based dishes by offering a 100% vegan menu on Thursdays. Until now, however, her imagination has been constrained by the physical limitations of the space she and her team have been working in.

“I’ve long wanted to turn up the volume on everything we do. But there’s only so much that can happen in a 160-square-foot kitchen with one oven,” Urich says. 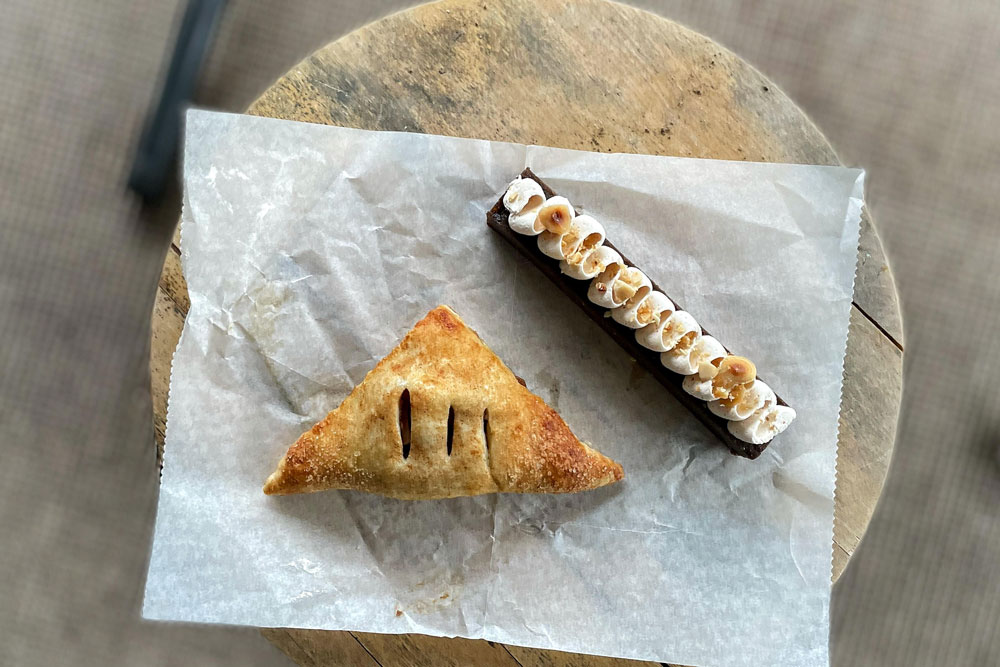 Shoppers at Farmer X Baker’s marketplace will find a lot of what made the business so popular in Aspinwall — excellent sandwiches built on house-made bread such as bagels, pumpernickel, whole wheat and spelt loaves, layered salads and tasty, seasonally influenced baked goods such as apple turnovers, pumpkin-oat bars and purple carrot cupcakes.

On top of that, the bright storefront has refrigerated cases stocked with local value-added-products such as Twin Brooks Dairy milk, After the Fall cider, Miller’s Farm and Footprints Farm eggs and Triple Moon Alchemy Herb Shop teas, as well as items such as chicken noodle soup, pimento cheese and potato salad that are prepared in-house.

Urich says this is just the start of what she envisions for the marketplace. The space has a roomy upstairs kitchen and a good amount of room in the basement for storage and additional prep space. It gives Urich, executive pastry chef Dianne DeStefano and the crew of 20 full- and part-time employees plenty of room to expand their portfolio.

“I was shopping around for a second location, but I didn’t know what it would be. I knew I needed production space and enough opportunity to keep all the crazy talent I have working for me employed all year long. We’re such a collaborative group, and everybody has ideas,” Urich says.

DeStefano can now expand into catering and custom cake orders, and Urich says the rest of the staff will contribute to expanded menu offerings as they settle into the space. The Aspinwall location shuts down on Nov. 1, and the following day the O’Hara location will have extended hours and dinner items. Look for a locally sourced cheese program to launch later this month, too. In addition, Urich says she’s working with the township’s zoning board to garner approval for a big garden and outdoor seating for next year (the shop currently is takeaway only).

“We want this to be a place that feels like it’s part of the community,” she says. “We’re ready to deliver on that,”