Duolingo’s restaurant gives discounts to patrons who order in Spanish. 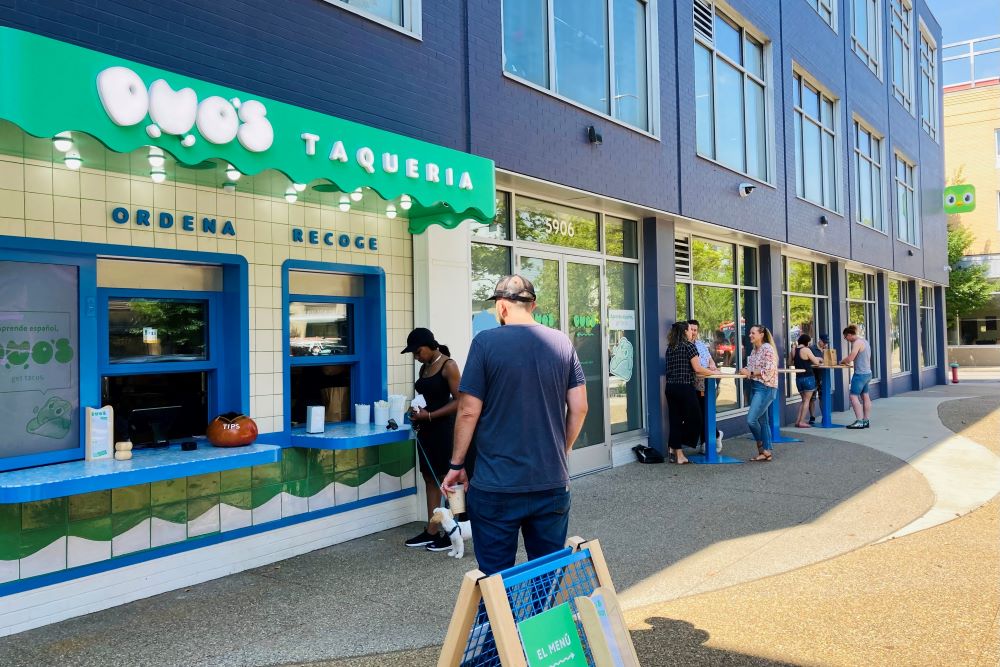 Duolingo, the East Liberty-based language learning company, is now in the restaurant business.

At the end of June, it opened Duo’s Taqueria, a taco shop located at 5906 Penn Ave., near its headquarters.

There are a few standing tables set up on the sidewalk for customers to use. Eventually, Duo’s will open its long-vacant, 2,580-square-foot space, which will have seating for about 100 people. Sam Dalsimer, Duolingo’s global head of communications, says there are no concrete grand opening details on the dine-in area.

Chef Marcella Ogrodnik, a Pittsburgh native who has helmed kitchens from California to Spain, created a menu filled with Mexico City-style street food. There are a variety of tacos, tortilla chips, crispy pork chips, salsa and guacamole and, for dessert, a caramel custard called flan. 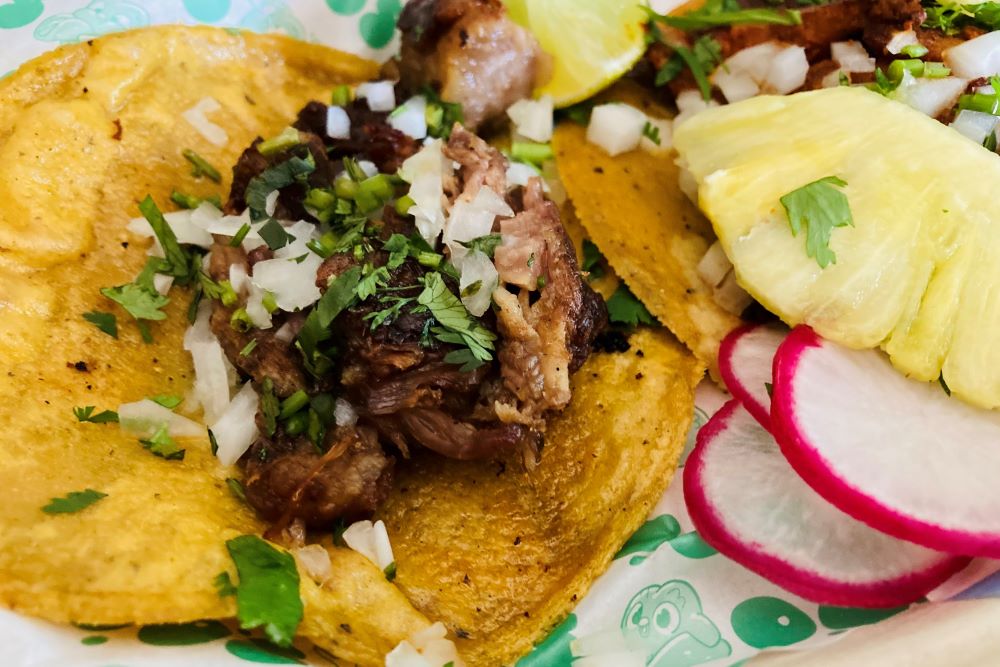 After ordering, guests can try the Español Challenge to claim discounts, including 10% off three or more tacos. Answer a single, verbal question and the built-in microphone assesses your response.

The rewards often change, so Duolingo encourages customers to download the company’s free language app to practice speaking Spanish — the most popular language on the app in the United States — in between visits.

The menu, which is written in both Spanish and English, is simple, but packed with a lot of flavor. There’s also a handy guide on the back that teaches you Spanish words often used when ordering food at a restaurant.

I stopped by on a scorching summer day and immediately ordered an ice-cold Mexican Coca-Cola. Guests can also refresh with a bottled Jarritos soda or Topo Chico or signature drinks (bebidas) such as the vegan-friendly coconut cinnamon rice milk (horchata de coco) and an icy hibiscus and prickly pear (jamaica y tuna) beverage.

Ogrodinik, whose Cafe Agnes Salvadoran food stand was a familiar sight at farmers markets throughout the city, now makes a variety of tacos on Penn Avenue. All are served on homemade Nixtamal corn tortillas topped with cilantro, onions and salsa negra made with chile oil. Proteins include brisket (suadero), beef cheek (cachete), tongue (lengua), spit-grilled pork (al pastor) with pineapple and a veggie option of cactus (nopales), avocado and queso fresco (white cheese). 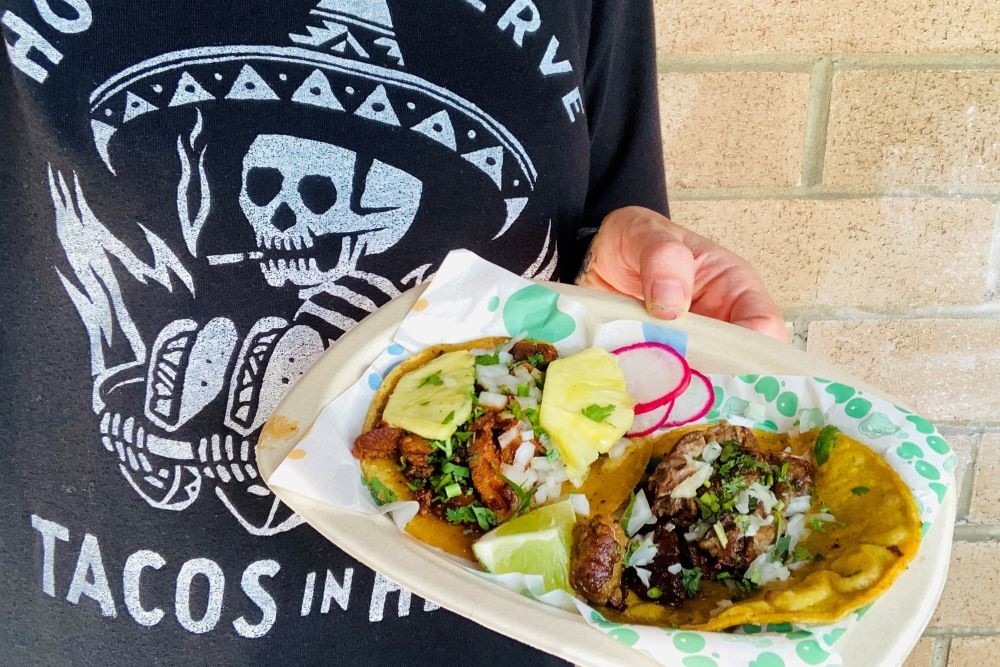 Remembering the high school Spanish I learned long ago, I ordered al pastor and suadero tacos. The meat was tender. The house salsa? It’s a bit spicy (pica un poquito), but not -palate-wrecking. The tortilla chips (totopos) were thick, salty and crunchy and held a mountain of guac and salsa without breaking.

I downed each taco in two bites, but they were surprisingly filling. After demolishing the chips and salsa, I was at capacity but ate the flan anyway to help cool down my fiery mouth. A heart-warming aspect of Duo’s — which is a standalone entity separate from Duolingo’s main business — is the fact that each week,  5% of profits are donated to a local charity.

I’m eager to see and taste what Ogrodnik brings to the table once the full-service restaurant opens and she can go full-tilt with her love language: food.