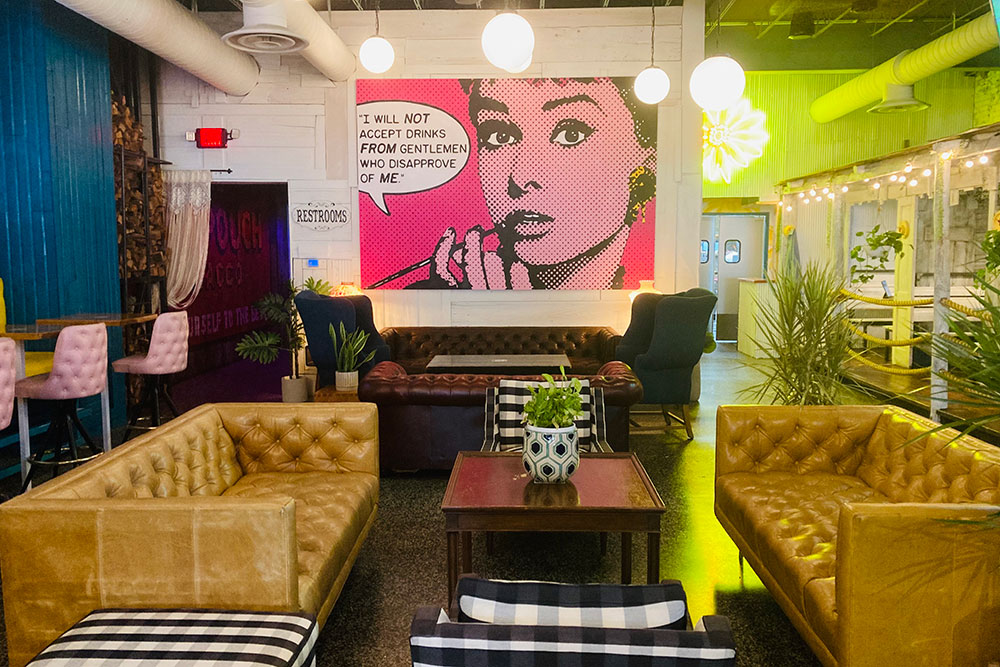 After spending several months cooking for family in her native Puerto Rico and catering private events, Executive Chef Jamilka Borges is planting herself at Sally Ann’s at 136 Sixth St., Downtown.

The latest Richard DeShantz Restaurant Group concept is a casual eatery specializing in healthy, veggie-forward fare ranging from snacks, soups, salads and sandwiches to a weekend brunch menu. Carnivores can fill up there, too, as they smoke various meats in-house. It’s open Thursday through Sunday.

Although she’s been friends with co-owners Richard DeShantz and Tolga Sevdik for years, this is Borges’ first time helming one of their kitchens. When plans for Wild Child, her planned seafood spot in Etna, fell through last fall, she took time to regroup. 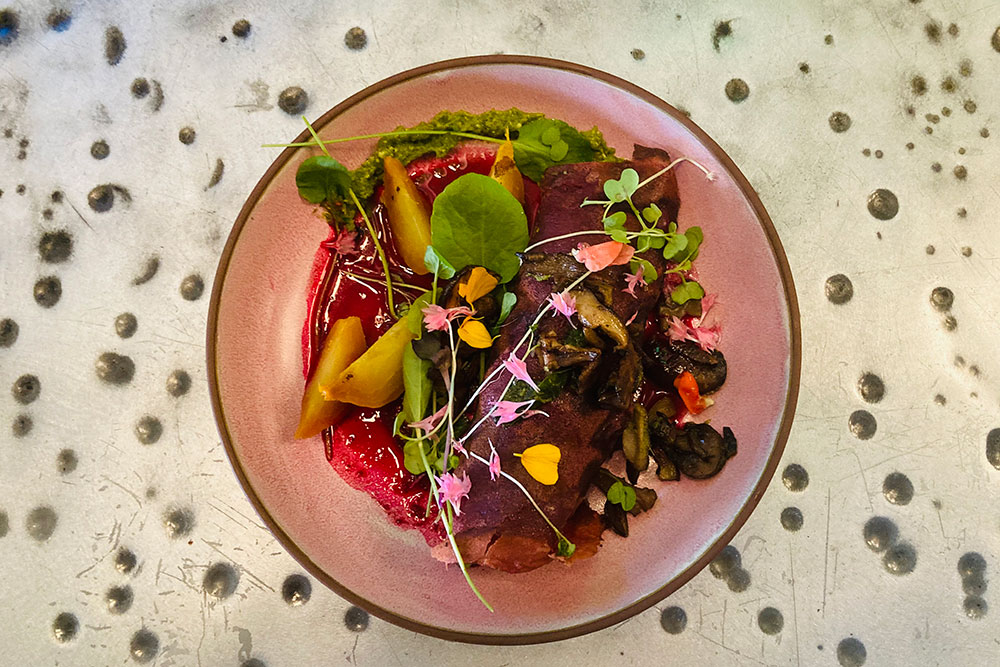 DeShantz offered her a job at Sally Ann’s while assisting her with a private culinary event in California. The eatery is named after his late mother who, like Borges, was a fan of flowers. Daisies and other floral motifs dominate the decor. There are textured walls, pops of color, neon signs and a dog-friendly outdoor area that transforms the bustling street into a laid-back oasis complete with an AstroTurf lawn and an eclectic mix of patio furniture. 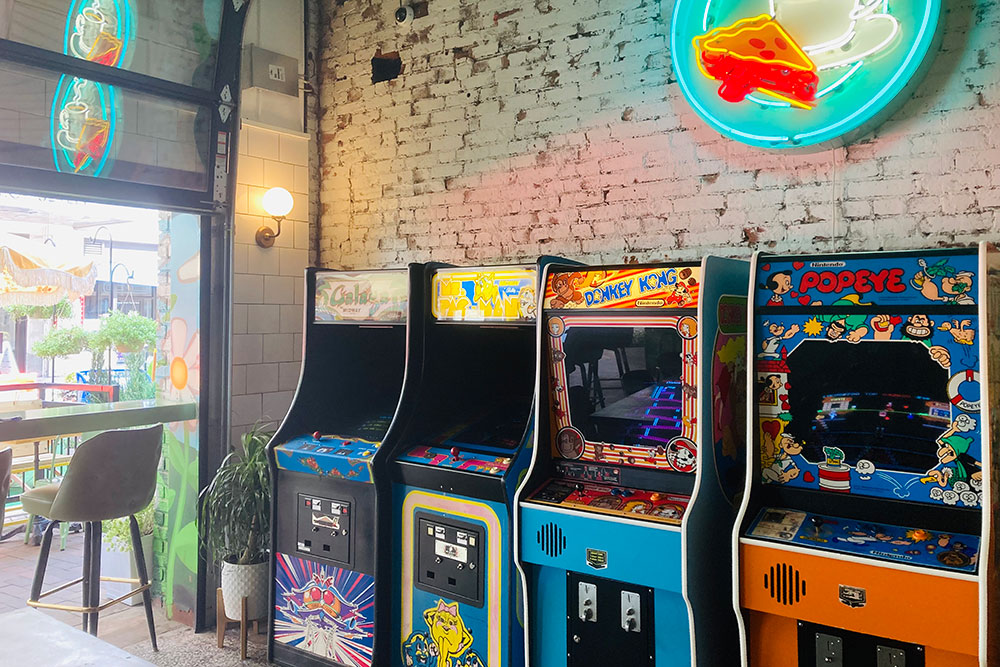 “Picnic chic” is a term that came to mind when I stopped for a bite after the lunch rush subsided. In addition to soft, homey touches throughout the former Pork & Beans space, there’s a bank of vintage arcade games in the front along with video game consoles at the five booths in the back and a disco ball hanging from the ceiling. 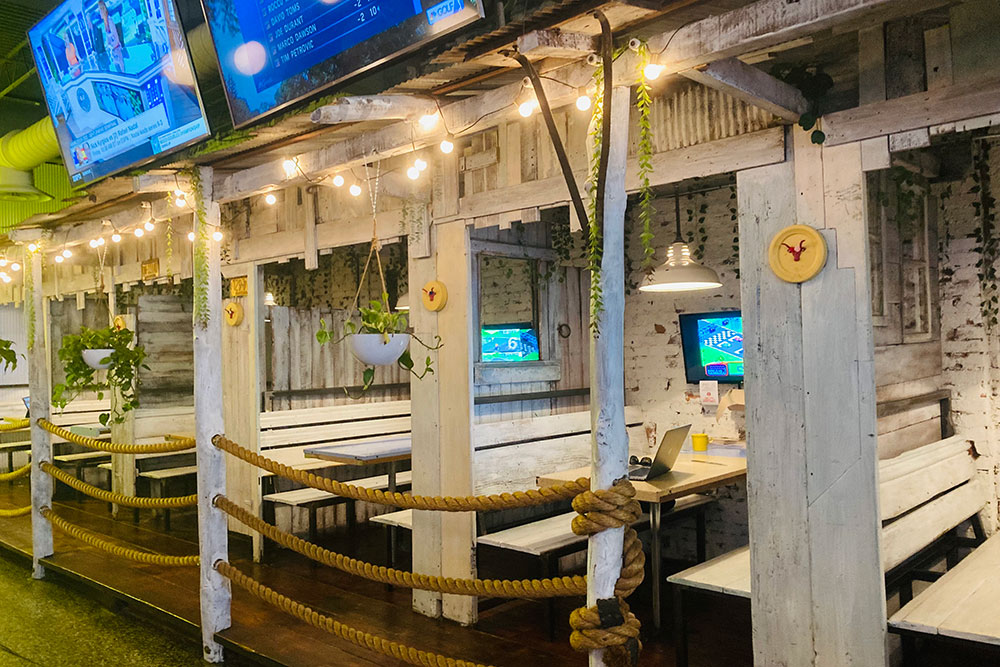 Patrons can place orders online or head directly to the cashier at the center of the restaurant. Borges, who assembled a culinary crew of former co-workers, might even be the one who runs your meal out to you. Having that customer interaction is a nice change of pace for the chef, who has worked at high-end institutions such as Legume Bistro, Livermore, Bar Marco and, Spoon.

“I feel different in the kitchen. It’s less rigid than what I thought it was going to be,” she says. 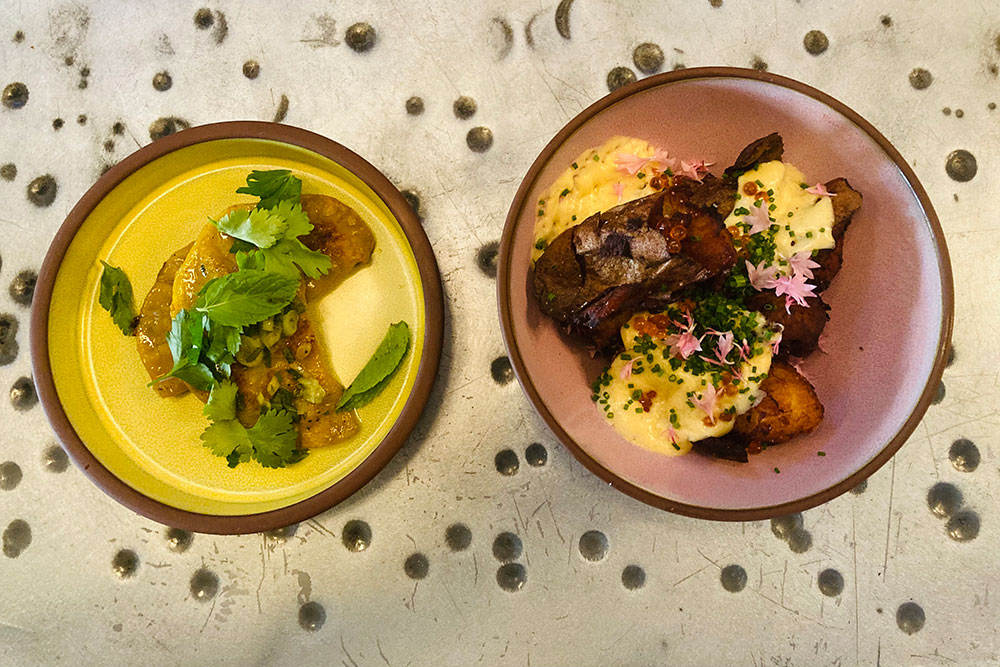 Sally Ann’s menu is an ever-evolving collaboration between Borges, DeShantz and Wyatt Lash, culinary director of the restaurant group. Like the space itself, the food offerings are bright, colorful and often sprinkled with edible flowers.

Since opening on June 30, crowd-pleasers include the turkey club made with house-smoked bird and bacon, avocado, Havarti cheese, Green Goddess mayo, heirloom tomatoes, watercress and dill. If you’re a vegetarian who misses biting into a good reuben, Sally Ann’s offers a version made with corned celeriac, house-sauerkraut, Gruyere cheese and special sauce on rye. 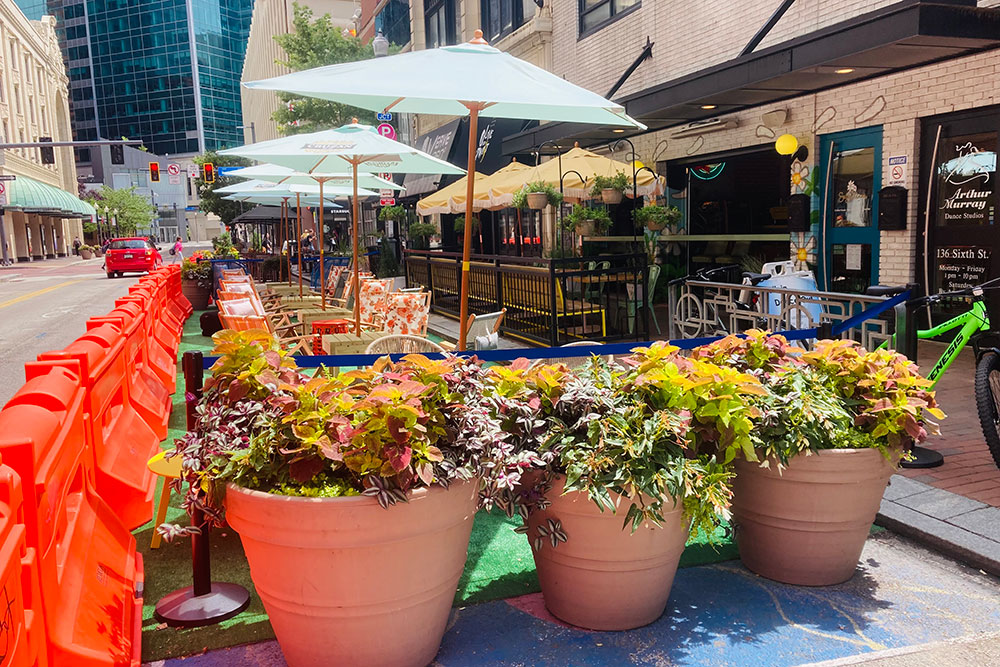 Weekly specials allow Borges and her team to experiment and then gauge consumer reaction.

Her favorite item is the breakfast sandwich: egg souffle, bacon, pepper jelly, American cheese and everything seasoning on challah bread. Brunch is served every Saturday and Sunday from 10 a.m. to 2 p.m. and also includes quiche, rice polenta, biscuits and gravy, chicken and waffles and avocado toast.

The coffee bar operates Thursday through Sunday from 8 a.m. to 7 p.m. There, customers can get La Colombe roasts, juices, smoothies and fresh pastries. 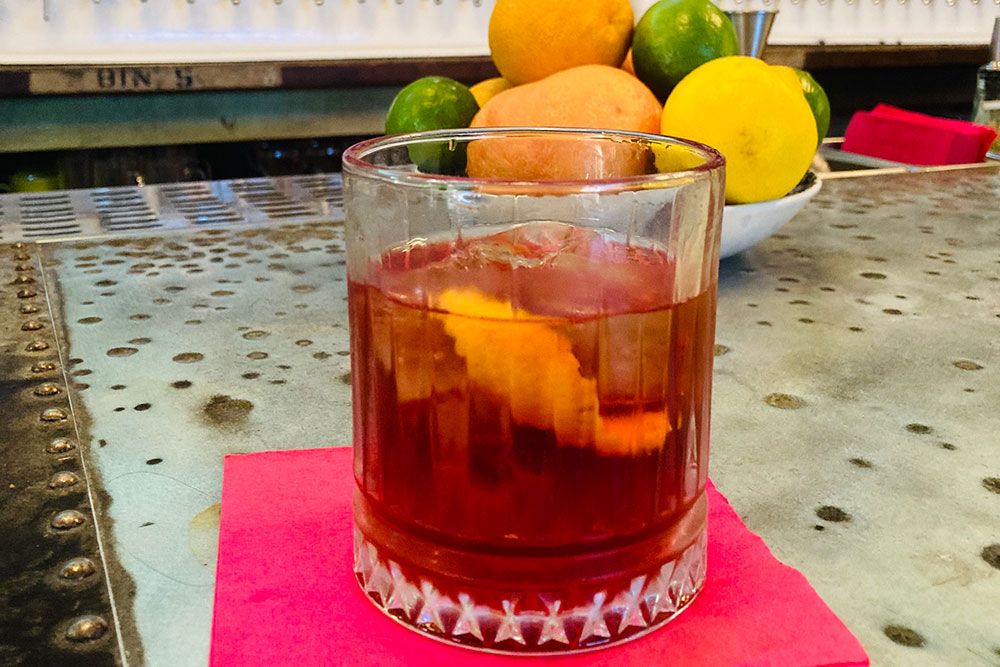 I washed it all down with a Negroni, which is available on draft along with beer, cider and wine. The full-service bar offers signature cocktails such as the spicy pineapple margarita (a big hit täkō tôrtä, another new DeShantz hub in Bakery Square) and the sunflower smile containing gin, orange liqueur, elderflower and bergamot syrup.

Despite facing numerous challenges over the past three years, Borges says being part of the restaurant group gives her reason to smile.

“I had a few offers outside of Pittsburgh, but this one makes sense,” she says. “Pittsburgh is home to me. I love the people I’m working with, I feel supported, I’m having fun and being challenged. I just want to feed people and make sure they’re happy.”