A Different Kind of Holiday Pop-Up Bar is Opening Downtown

Sarah Shaffer, owner of tina's in Bloomfield, and designer Thommy Conroy partner for tina's (holiday) at the Americus Club. 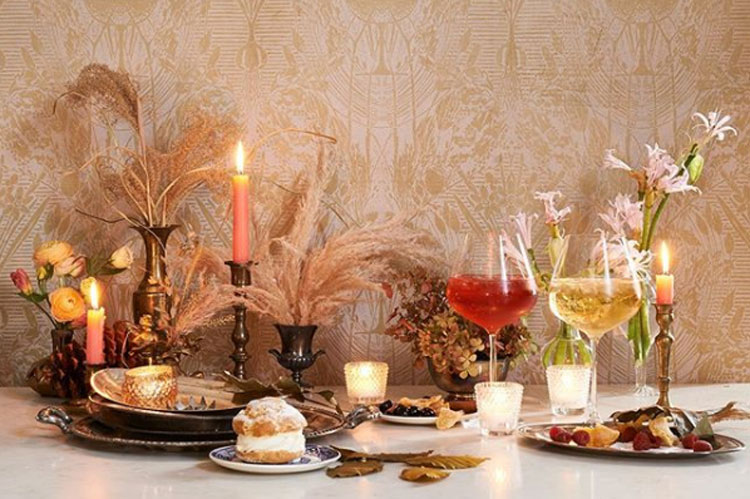 Holiday season pop-up bars tend to favor big energy. They’re heavy on the seasonal sparkle and feature easy-drinking cocktails perfect for a bar crawl. Sarah Shaffer, owner of tina’s in Bloomfield, is aiming to create a mellower vibe with her forthcoming tina’s (holiday), which will start a six-week run at the Americus Club on November 22.

“It’s driven more toward focusing on hospitality rather than being a holiday party bar. I totally respect that [kind of bar], but we wanted to do something different. This is more about the guest coming in, sitting down and taking a break,” she says.

Shaffer is working with multi-dimensional designer Thommy Conroy, founder of 4121 Main. The coffee bar, floral studio, art gallery and event space is located down the block from tina’s, which Conroy designed. He’s planning on turning the second floor of the historic building, which is operated by Beauty Shoppe as a co-working and events space, into a candle-lit, winter garden wonderland. “I’m focusing on the winter solstice and the feeling of the season. It’s more about taking care of the guest than hitting them on the head with holiday cheer,” Conroy says.

Conroy says tina’s (holiday) second-floor location will help spur a feeling of being physically separated from the holiday hubbub street level. “It’s going to be like a holiday from the holidays,” he says.

The beverage program at tina’s (holiday) will feature stirred cocktails and punches. On top of that, the pop-up will allow Shaffer to showcase natural wines and spritzes with lesser-known spirits (such as Rondo) as the base that will be part of her next project, which will open in the former Elbow Room space in Shadyside.

“Take a moment from the frenzy of the holidays. Relax. Even if it’s just for an hour,” she says.