The plant-forward eatery is the latest addition to the East Ohio Street culinary scene. 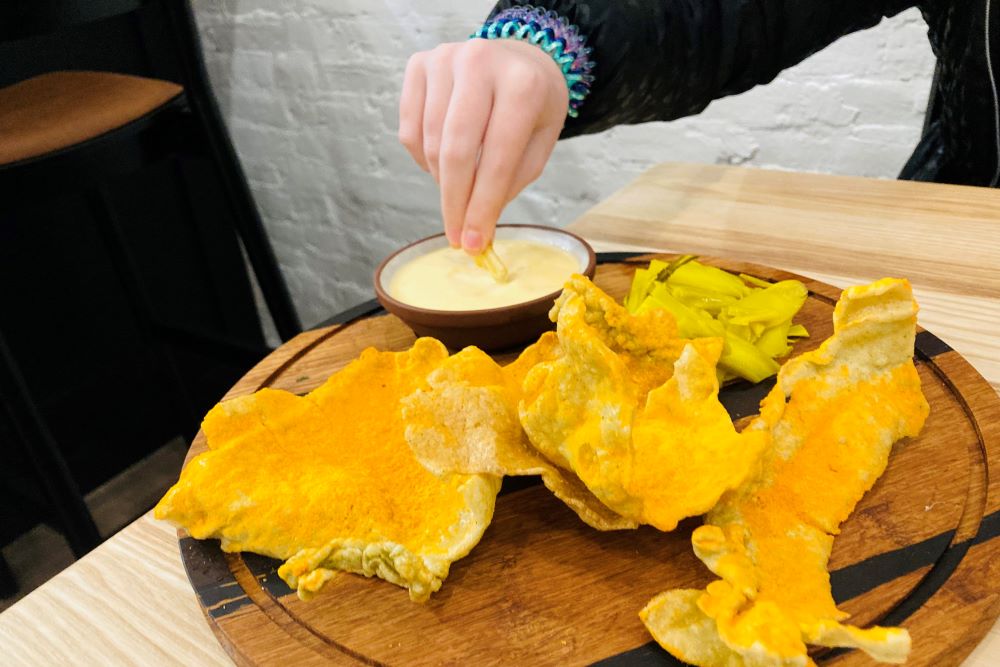 I made my mother proud last night by dining at EYV Restaurant.

The name of the new restaurant at 424 E. Ohio St. on the North Side means Eat Your Veggies, but mama’s never seen produce done up like this!

Chef Mike Godlewski’s plant-based menu will change with the seasons and the availability of farm-fresh ingredients. Meat, fish and poultry make appearances, but vegetables are the true stars of the show. Dishes can be adjusted for gluten-free and vegan guests.

The 1,300-square-foot, 41-seat space in Deutschtown opens to the public Dec. 30. Hours are 5 to 10 p.m. Tuesday through Saturday. Reservations are recommended. 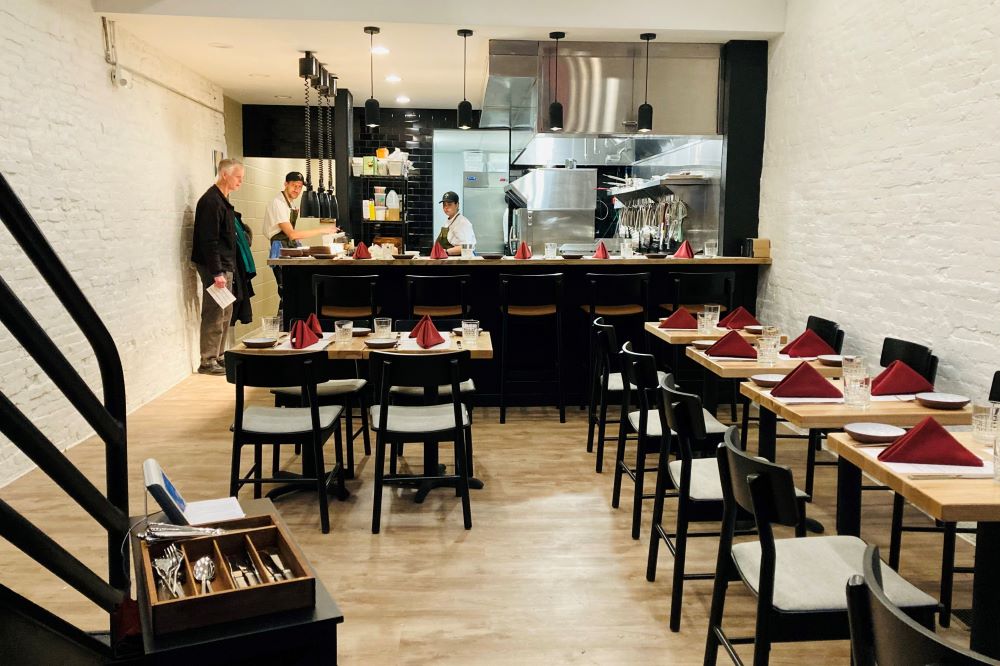 My 13-year-old daughter, Sarah — a notoriously picky eater — joined me for dinner at EYV. Godlewski’s creativity in the kitchen results in beautifully plated apps, entrees and desserts that are also playful. For instance, the apple toffee cake, with its celery root ice cream, golden raisins, peanut butter mousse and candied peanuts tasted like gourmet Ants on a Log, Sarah’s favorite preschool snack.

I’m getting ahead of myself.

After taking recommendations from Roderick Dent, our friendly server and self-confessed foodie, we started off with the chicharrons, essentially pork rinds served with beer cheese dip and pickled broccoli. Sarah gobbled them up with glee.

I was surprised that she ordered the Farmers Salad, a mix of local greens and veggies, balsamic vinaigrette, ranch mousse and a fun twist on tater tots. I ended up eating it and was not disappointed. 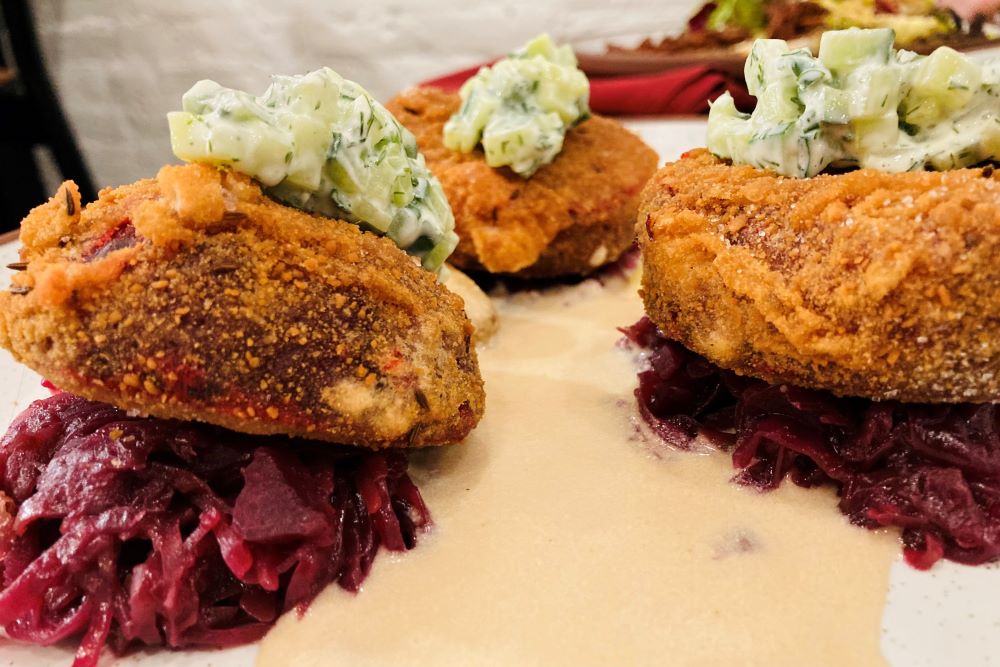 I opted for the red beet schnitzel over braised red cabbage and horseradish cream with dollops of cucumber salad on the side. It was surprisingly filling, so I took my leftovers home and ate beets for breakfast the next day. I want this to be my go-to morning meal.

The day-after didn’t get off to a bad start since I only drank a mocktail called The Cranmpus; Spiritless Kentucky 74 Bourbon and cranberry. EYV’s liquor license is still pending — Godlewski anticipates it’ll be approved around mid-January — but you can grab one of several mocktails in the meantime.

“A lot of people in the industry are going the N.A. route,” Godlewski says. “We want to cater to people without them feeling like they’re an afterthought.”

Customers can walk into EYV for a drink at the first- and second-floor full-service bars. The place is small, but appears larger, thanks to the minimalist decor. The handsome building was erected sometime between 1910 and 1920 and Godlewski wanted to maintain its rustic beauty with exposed brick. The work of local artist Hilary Zozula — whose sister, Beth Zozula, is the executive chef at nearby 40 North — adorns the walls. The pieces are available for purchase. 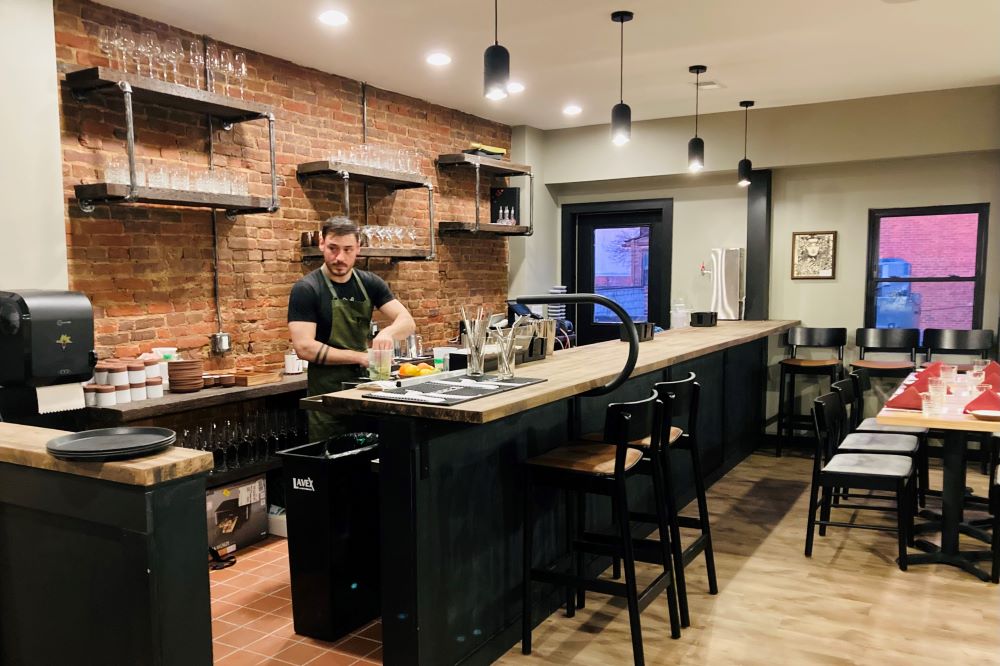 EYV employs about seven people — you can watch the cooks in action by snagging a seat at the chef’s counter — who earn a living wage, medical, dental and vision care, paid time off, a 401k, a five-day workweek with consecutive days off, educational development and a profit-sharing program.

Godlewski, who worked as a sous chef at the Duquesne Club Downtown and helped to open The Foundry Table & Tap on the North Shore, is happy to give people a chance. He got his start at a pizzeria in the Wilkes-Barre area and attended culinary school at Luzerne County Community College. 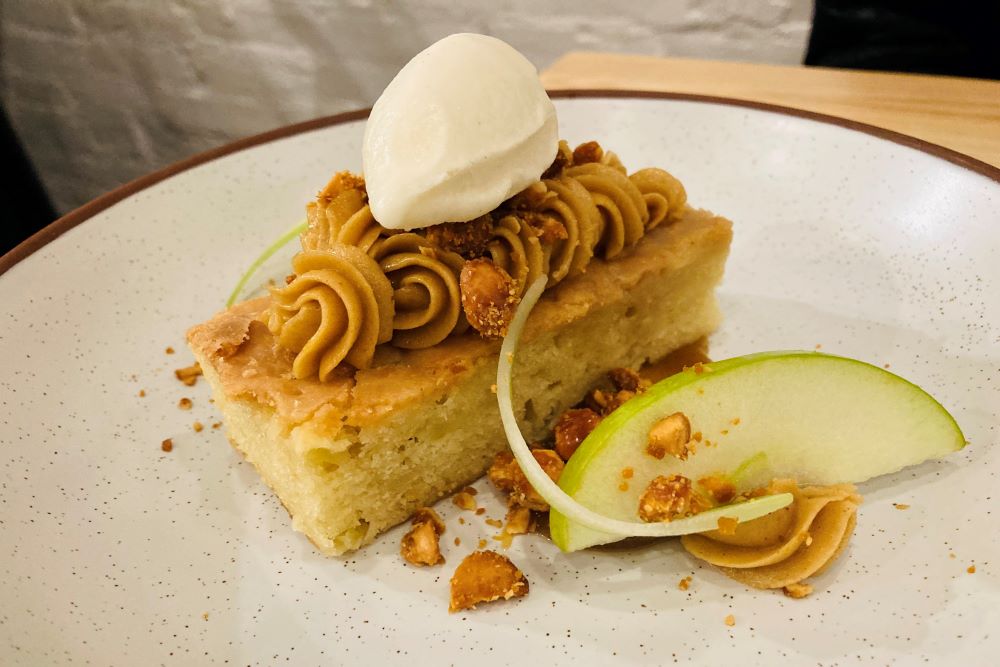 He started to formulate his EYV business plan during the pandemic and is now part of a burgeoning restaurant row on East Ohio Street, alongside Fig & Ash, Siempre Algo, The Coop Chicken and Waffles and Subba Asian Restaurant, which just opened next to EYV.

Maybe he can eventually get my kid to eat a salad.