“I took the leap because when things are hard, it’s in my nature to show up.” 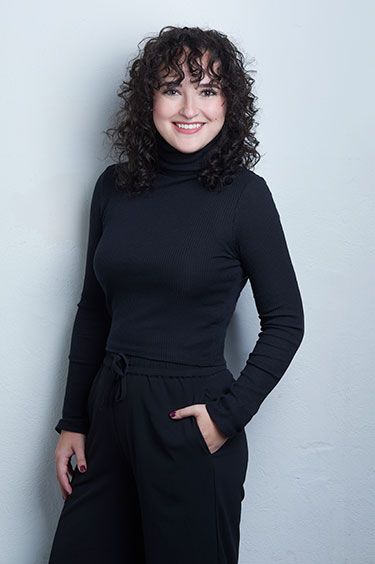 Sam Garfinkel describes herself as an “accidental businesswoman” — pursuing an executive role wasn’t on her mind before she joined Meta Mesh Wireless Communities, a nonprofit organization that provides no-cost internet for underserved communities in Southwestern Pennsylvania.

When the prevalence of remote work increased the impact of Pennsylvania’s digital divide during the COVID-19 pandemic, Meta Mesh experienced its largest growth since its founding in 2015. Garfinkel, who had just completed a master’s degree in rhetoric at Carnegie Mellon University, joined the organization as the Developmental Coordinator in July 2020.

Meta Mesh was in the middle of a network expansion when, six months later, the Executive Director decided to leave the organization. Garfinkel, though unsure if she qualified for the role, decided to step up anyway and was hired.  “With zero technical knowledge, I wondered what business I had leading a tech organization,” she says. “I took the leap because when things are hard, it’s in my nature to show up.”

As Executive Director, Garfinkel ensures that Meta Mesh achieves its goals and priorities by managing its internal and external relationships. She also works with its strategic partners, funders and board of directors to “move the needle closer to a digitally inclusive Pittsburgh.”

While Garfinkel acts as the leader for Meta Mesh, she also uses her role to “empower and inspire our team to lead in their own ways.” During her time at Meta Mesh, she’s helped multiply the organization’s budget by 10 after a year of financial certainty and has presented testimony to state legislators in Harrisburg about the importance of expanding broadband access in Pennsylvania.

What advice does Garfinkel have for other women in business? “Ditch your ideas about authority,” she says. “I used to think that it was not my time to be in charge. I thought that my age, gender, and queerness were traits that others would perceive as reasons not to empower me. The reality was that none of these constructs stopped me from earning the respect and trust from my colleagues.”

The best advice she has ever received is the same advice she uses to advise Meta Mesh: People first; work second. “I say this all the time: we are not saving lives here! Take your time off. Go on that vacation,” Garfinkel says. “It’s my duty and privilege to ensure that compassion is an ingredient in all that we do, whether it’s in the way we work with the people we seek to serve or those who serve them.”