With Becca Romagnoli At The Helm, The Vandal Sees a Soft Shift In Direction

The owners of the Lawrenceville restaurant also have two Downtown projects in the works. 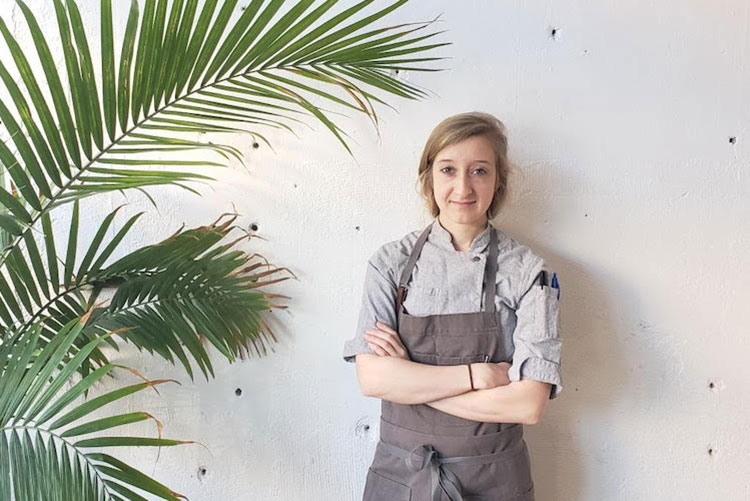 In February 2019, Becca Romagnoli, 25, took over the position of executive chef at The Vandal, replacing Csilla Thackery (now chef de cuisine at Legume Bistro). Following two years as a line cook and then Thackery’s sous chef, Romagnoli kept much of Thackery’s influence while peppering in elements of her own passions and expertise.

Romagnoli, a native of New Stanton, is a graduate of the Art Institute of Pittsburgh’s culinary program and worked at the Omni William Penn Hotel, Altius and the Diamond Run Club prior to taking her position at The Vandal.

Over the last year, Romagnoli focused on taking a minimalist approach to menu planning and honing a pasta program to reflect the Italian and European cuisines she’s passionate about. 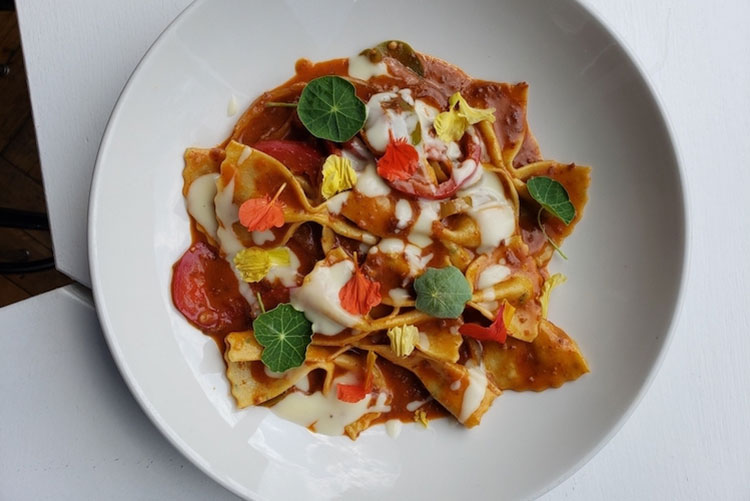 NASTURTIUM FARFALLE WITH N’DUJA AND PEPPERS

Romagnoli’s fresh pasta program represents one of the larger shifts at The Vandal, with three pasta dishes present on the menu at all times, with a focus on unusual shapes and textures. Pistachio garganelli with fennel lamb ragu is an excellent example, with delicately thin rolls of pasta dough made from a mix of pistachio flour and semolina and dressed with pistachio oil resulting in a textural experience that is both light and rich simultaneously.

Working closely with buyer Brian Greenawalt, who works with Amish farmers, Romagnoli has continued to center seasonal and regional produce and but has scaled back major menu changes to four or five times a year. Romagnoli hopes that this will give her and her staff time to learn and execute new techniques to their fullest potential.

Changes within The Vandal have also prompted Romagnoli and co-owner Joey Hilty to continue expanding the restaurant’s presence in the city’s food scene. They hosted their first farm dinner with Goat Rodeo Farm & Dairy last July and host a monthly wine or beer dinner series in collaboration with different purveyors. The ticketed Thursday dinners (affordable at $65 to 75 a head) are five courses with pairings. 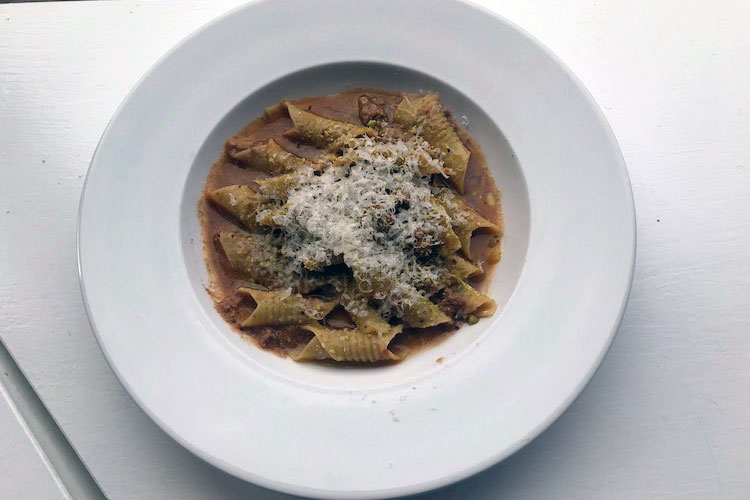 Romagnoli also has her own project. In August 2019, she and her business partner, Cole McLaughlin, launched Forma Pasta, a pasta subscription service that provides its clientele with two handmade fresh pastas a month as well as recipe cards. Each month features a different stuffed pasta and pasta shape (this month featured fluted peppercorn pappardelle and spinach and artichoke doppio raviolo). The pastas are delivered within a 50-mile radius and pick-up is available at The Vandal, which Romagnoli and McLaughlin use as their production space.

Romagnoli was inspired by Justin Severino’s charcuterie subscription service, Salty Pork Bits, and by her upbringing in a large Italian family with pasta-making traditions.

With Romagnoli at the helm of The Vandal and The Bureau (opened 2018) running smoothly in East Liberty, co-owners Joey Hilty and Emily Slagel are directing their attention at two new restaurant projects, Saint Johannes and Bambina, set to open Downtown inside the historic Pitt Building in late spring of 2020. 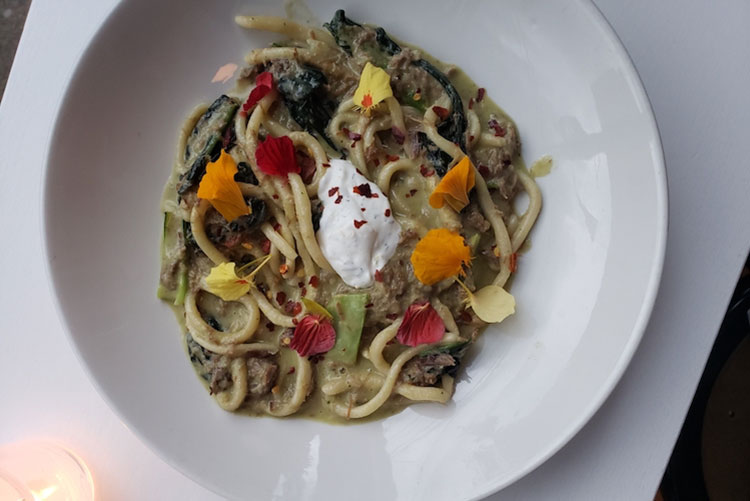 Saint Johannes will be Hilty’s throwback to the supper clubs of his grandparents era. It will be located in the Americus Club, a recently renovated co-working space in partnership with Beauty Shoppe and building owner Michael Blum. In a nod to the building’s history, it’s named for Americus Republican Club, which was shuttered in 1926 following a Prohibition-era raid. Hilty wants to capture some of the warm, welcoming charm of a bygone era, with Saint Johannes as a place for people to relax and enjoy dishes such as shrimp cocktail and prime rib as well as a good martini.

Next door will be Bambina. It will be a sandwich shop and espresso bar focusing on old-school Italian American subs and sandwiches such as chicken parmesan, Chicago beef and Philly roast pork.

“I’m really inspired by my grandparents and the places we used to go when I was younger that were past their heyday,” says Hilty. “In Pittsburgh, we’re traditionalists in a lot of ways. I want to lean into a lot of classic things [American dishes] and do them really well.”