The awards are presented by the Pittsburgh Black Media Federation and honors the legendary former publisher and editor of the Pittsburgh Courier, Robert L. Vann. 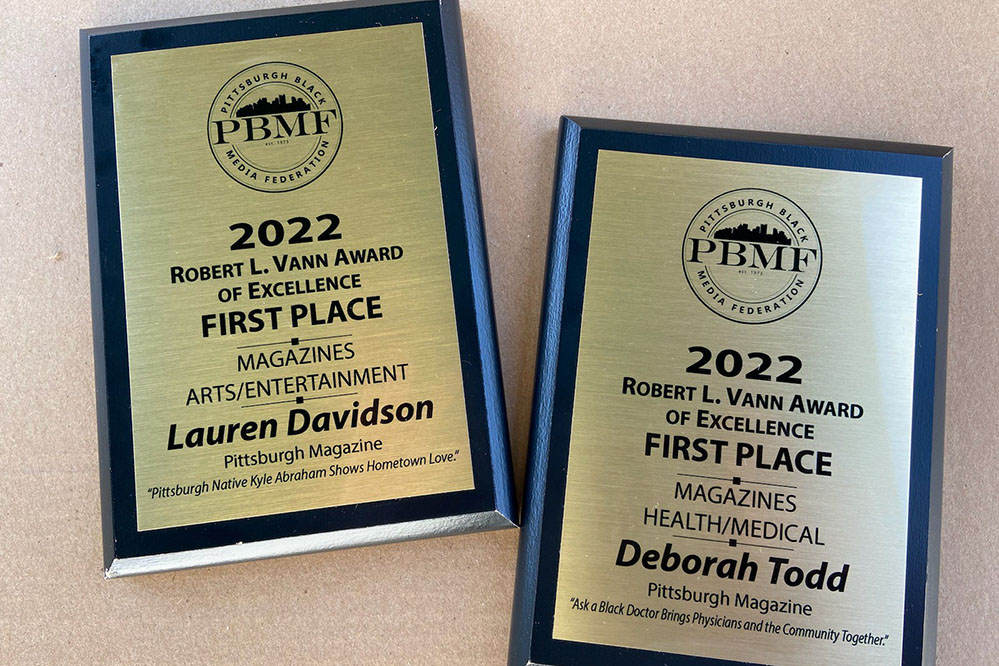 Lauren Davidson, associate and weddings editor, took home first place in the Excellence in Written Journalism/Magazines — Arts and Entertainment category for her article, “Pittsburgh Native Kyle Abraham Shows Hometown Love in a Hometown Show.” The story goes behind the scenes with Abraham, a New York-based choreographer whose profiled dance tells the stories of the Hill District.

Another Pittsburgh Magazine writer, contributor Deborah Todd, took home the first place award in the health/medical category. Todd’s article, “Bridging the Gap,” discusses the “Ask a Black Doctor” program, which aims to bring physicians the community together to dispel misconceptions and build trust during the coronavirus pandemic.

Klein, who left the magazine earlier this summer, was tapped for his piece about Pittsburgh’s first Nigerian restaurant, “First Look: African Cuisine Opens in Squirrel Hill” in the history/culture category. Also in the history/culture category, Dyer was nominated for his piece “The Spiritual Village,” chronicling the way congregations of African immigrants are using worship to reignite the culture found in their home countries.

For arts/entertainment, Collins was nominated for his article, “Spotlight: The Secret Lives of Church Ladies, an interview with Pittsburgh author Deesha Philyaw about her newest anthology.

The Pittsburgh Black Media Federation established the Vann Awards in 1988 to honor excellence in journalism coverage of the African-American community. The program is named for the late Robert L. Vann, the editor and publisher of the Pittsburgh Courier from 1910 until his death in 1940. During his leadership, the Courier grew to be one of the largest circulated black newspapers in the United States. The awards program recognizes Vann’s personal commitment to journalism and his effort to create a voice for the black community.