The shop moves from its temporary digs to a standalone location with an ever-increasing array of delightful drinkables. 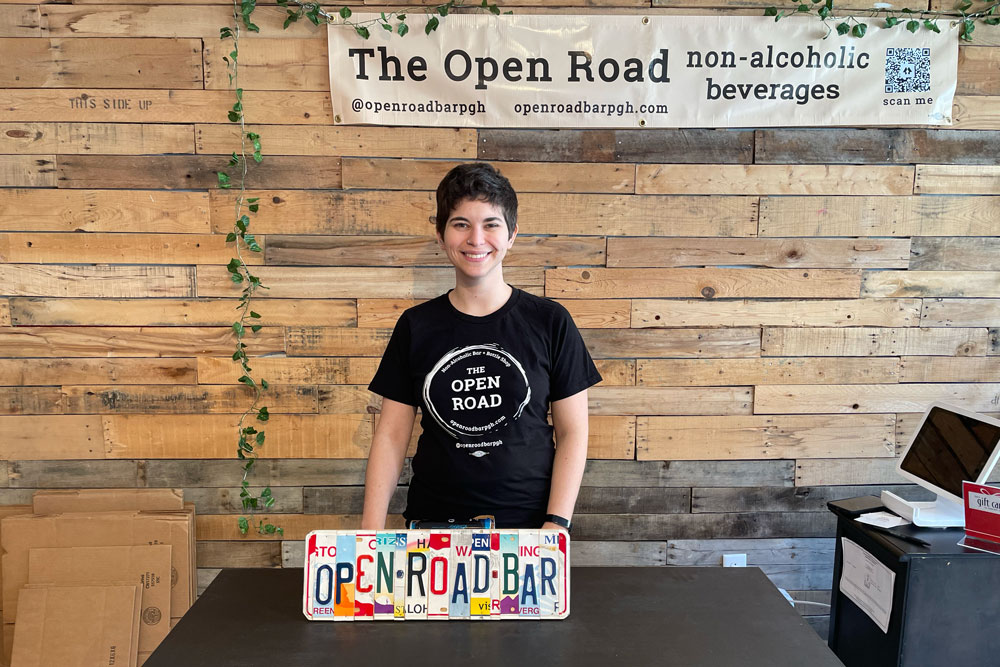 Although you can find smatterings of alcohol-free beverages in bottle shops around town, The Open Road is the first retail business in Pittsburgh fully dedicated to selling nonalcoholic drinks. Owner Mel Babitz stocks the shelves of her Allentown storefront, which opened late last month, with a dizzying array of bottles that mimic traditional spirits, wines and beer, minus the boozy parts. There are functional drinks spiked with botanicals such as kava and ginkgo biloba and simply-just-delightful-to-drink fizzy lifters, too.

“I wanted to be able to offer options for people who, for any reason, don’t want to drink alcohol,” Babitz says.

The decision to move away from alcoholic beverages, either entirely or in moderation, is a growing trend. According to NielsenIQ, the sales of nonalcoholic drinks rose 33% in 2021, and low-alcoholic spirits sales rose 8.8%. A good number of bars and restaurants in Pittsburgh are offering no- and low-alcohol cocktails made with the same breadth and depth as the spirit-forward ones, something in line with what’s happening around the country. Now, people are looking to augment what they are drinking in their homes, too.

Generally speaking, the growth comes from people looking to reduce their alcohol intake rather than people giving up alcohol entirely. Babitz attributes the shift to several intertwining factors.

“A lot of people leaned into drinking when everything shut down. It probably made sense at the time but that’s not sustainable or good for anyone,” Babitz says. “The majority of my customers are people who within the last year have started to reevaluate how alcohol is working for them.”

However, while the coronavirus pandemic might have nudged more people into the alcohol-free realm, Babitz says the category has been in development for several years. The culmination of that research is high-quality products that feel less like a mediocre imitation of something else than they do an equally good option, particularly for mixing alcohol-free cocktails. Beer is getting quite enjoyable, too. There have been strides in wine, and Babitz says while it’s not quite there yet, producers are getting better at offering something tasty in that category as well.

“When I launched this a little more than two years ago almost nothing you see in here existed. The whole market for this has really blown up. There are so many options now,” Babitz says. 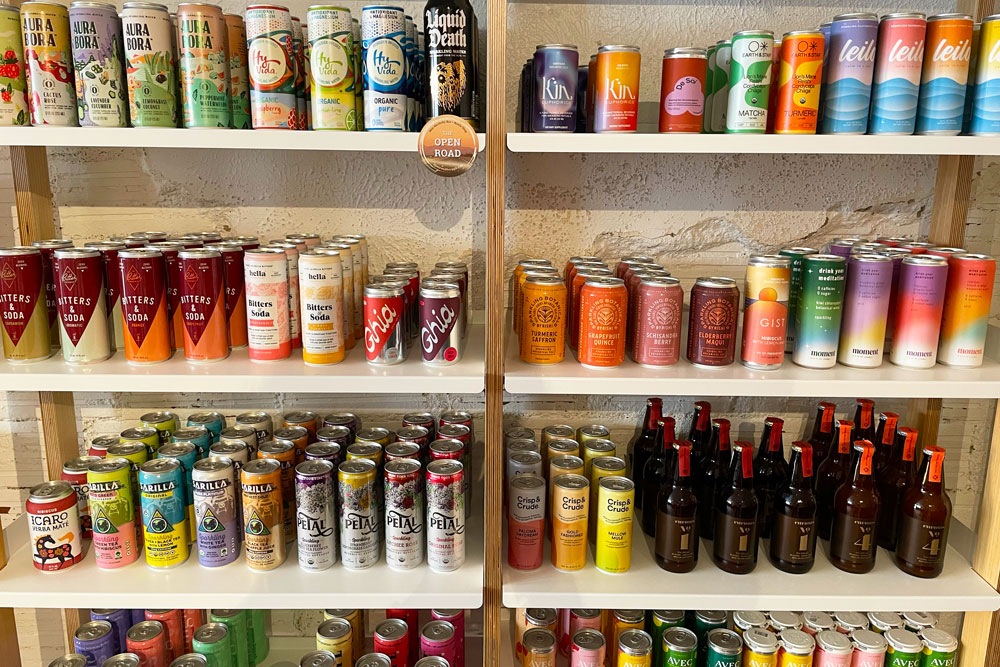 “I’ve never really been a big drinker. I struggled with that a lot in my 20s when everyone else was drinking and you felt like the awkward one who wasn’t,” Babitz says.

She planned to move into a standalone space but halted her search as COVID-19 started spreading in March 2020. Instead, Babitz set up an online ordering system, rented a temperature-controlled storage space and delivered products around town (and shipped nationwide). Babitz then operated a small storefront on the second floor of Tonic in Lawrenceville for part of last year while she searched for a permanent location.

Babitz says the market for nonalcoholic drinks and the offerings at her Allentown store, where she currently stocks approximately 275 products, will only keep growing. The quality of the products is going to continue to rise, too.

“There’s going to be more acceptance and normalization of nonalcoholic adult drinks. We can expect to see more of them in everyday places that aren’t necessarily a speciality shop,” she says.