Stories of Our Neighbors: Yell or Life’s Too Small

Filmmaker Melissa Martin reflects on lessons learned before, during and after 2020. 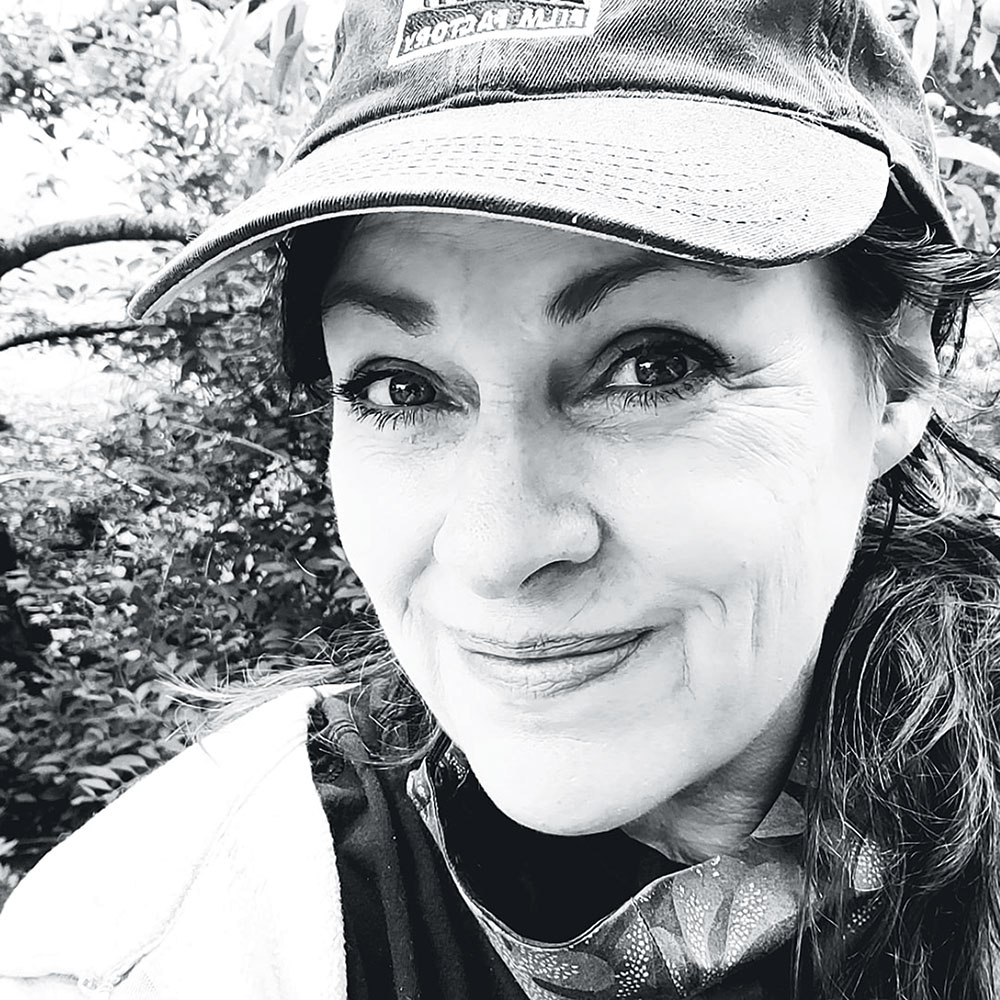 In “The Bread, My Sweet,” Melissa Martin’s 2001 film, the main character, Bella, describes the heart-wrenching challenge of cooking octopus. Held over a pot of steaming water, the octopus will climb up the cook’s arm and latch on.

“They cling so hard to life,” Bella says, smiling at the metaphor for how precious life is, how every moment is worth holding tight.

Martin based Bella, the romantic lead of “The Bread, My Sweet” — which won awards at film festivals across the country — on Gemma, a real-life friend and inspiration who lived in the Strip District.

“Gemma’s message was always: live!” Martin says. “She had an almost childlike enthusiasm for the most mundane aspects of life. Her laugh was so big. She’d say you have to yell or life is too small.”

Martin’s own life is about to get bigger. Shifting from the isolation and quiet of the pandemic, she’s currently filming her next project, “Basic Psych,” a psychological thriller written by Pittsburgh pediatrician Dr. James Tucker and starring a group of talented Pittsburgh actors including Michael Cerveris, David Conrad and Cotter Smith.

“She was always bringing people together,” Martin says. “All different kinds of people would gather around her kitchen table. She’d say, ‘If my light is on, you come up.’ It didn’t matter who you were. You found a place there.”

We’ve forgotten what unites us. We focus on what divides us. My two sons are both Black. One of them is trans. The political conversations we’re having are survival issues for my family. The world presents an existential threat to my kids.

During the protests for George Floyd, we were at a friend’s house, socially distancing, and my friend said, “Of course we agree with the politics, but when it gets violent?” I said, “What do you mean by violent? Do you mean like when they break windows?”

Is my child worth more than a window?

We see someone dying in the street and people say, “Oh geez, I hope they don’t break windows over this.” Not, “Why don’t we stop killing each other?”

“The Bread, My Sweet” was an idealized world. It’s how I saw people who lived back then. They made decisions born out of kindness.

Gemma lived upstairs from Enrico Biscotti, the business my ex-husband started. She was this incredible presence. When she died [of cancer in 1997], the funeral procession through the Strip went for blocks.

Gemma believed in living, but after she died, her husband said, “I’m done. I miss my wife. I’m going to lie down,” and he did. He didn’t last a year.

There are such good people in this world. I try to remember that. There’s not much value placed on being good now.

My pandemic was okay. At first, I was jealous of people whose families were together, because it was just my husband and me. Our stepson was going back and forth between his mother’s house and ours. My two sons were out working in the world.

My grandson is 2. We spent a lot of time watching trees dance. We’d roll zucchinis down a hill. He called them “comzinnies.” We were using this micro-lens to really see the world, which is what the pandemic did, maybe, for the luckiest of us.

At the same time, it felt horrible. My husband was able to work from home. I lost a lot of work, but our survival didn’t depend on my income. We were so privileged. The death all around us was mind-boggling. We were crazy lucky.

I think we’re all still in denial of that loss now. All that death. I hope we are changed in some good way.

I thought “Basic Psych” was charmed. It was such a good story. We were able to raise the support we needed. I thought it was charmed right up until we were supposed to turn the cameras on. Then the pandemic hit.

Now, in the tail end of a plague, in the midst of a locust invasion, we’re excited to get to work. We have this incredible cast. We have this great story: a psychiatrist discovers he has a dangerous patient. I love true crime. The FBI is probably re-opening my file based on all my Google searches.

When I have downtime, I garden. I bake. I roll the zucchini. I paint. But a film project becomes all encompassing.

I don’t like to watch my own films or plays. It’s like showing people the backs of your thighs — and who wants to do that?

I’m a private person at heart. It’s hard for people to understand how somebody could be in a public arena and still be an introvert. That’s one thing about COVID — it was a good fit for introverts. Part of me doesn’t want it to end. I want people to stop dying. But I loved having a snow day for a year and a half. All I wanted to do was play with my grandson. In the mornings I’d pretend I was still asleep so he could throw the door open and yell, “surprise!”

Yell or life’s too small.

My sweet grandson. He’s mad at me now. He told me I was canceled the other night. He’s mad I can’t move to New Jersey. He’s mad we’re not together.

“The Bread, My Sweet” is available for streaming rental on Prime Video.

This article appears in the Sept. 2021 issue of Pittsburgh Magazine.
Categories: Stories of Our Neighbors