Stories of Our Neighbors: When Things Don’t Work, I Want To Fix Them

Artist, writer and activist Meghan Tutolo on letter-writing, loving your people and the fine art of building bridges (not walls). 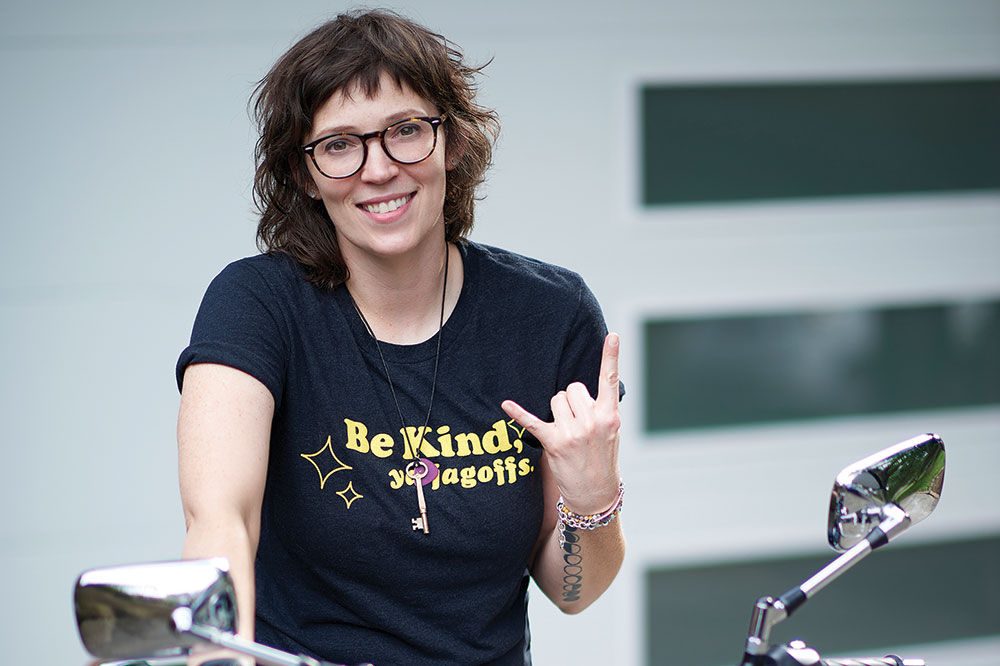 The goal of all art, Albert Camus said, is to gain access to those one or two images that first gained access to our hearts.

Visitors to 1flychicken creations can gain access to Pittsburgh’s heart — from the bus-eating pothole to Picklesburgh, from the many incarnations of “jagoff” to the beauty and history of the city’s legendary bridges — courtesy of artist, writer and maker Meghan Tutolo.

Tutolo, aka Chicken (she prefers that), grew up in New Kensington. She lives in Forest Hills with her partner Abbie and two Himalayan rescue cats, Beezy and Puffer, who show up in Chicken’s effervescent creations.

Chicken, 37, a motorcycle enthusiast as well as a maker of miscellaneous magic, speaks about her passion for humans, the importance of slow connections and how she raised thousands of dollars to help Planned Parenthood through her Build Bridges Not Walls project.

“I believe in people,” Chicken says. “More of us come down on the side of kindness and decency than on the other side. Always.” 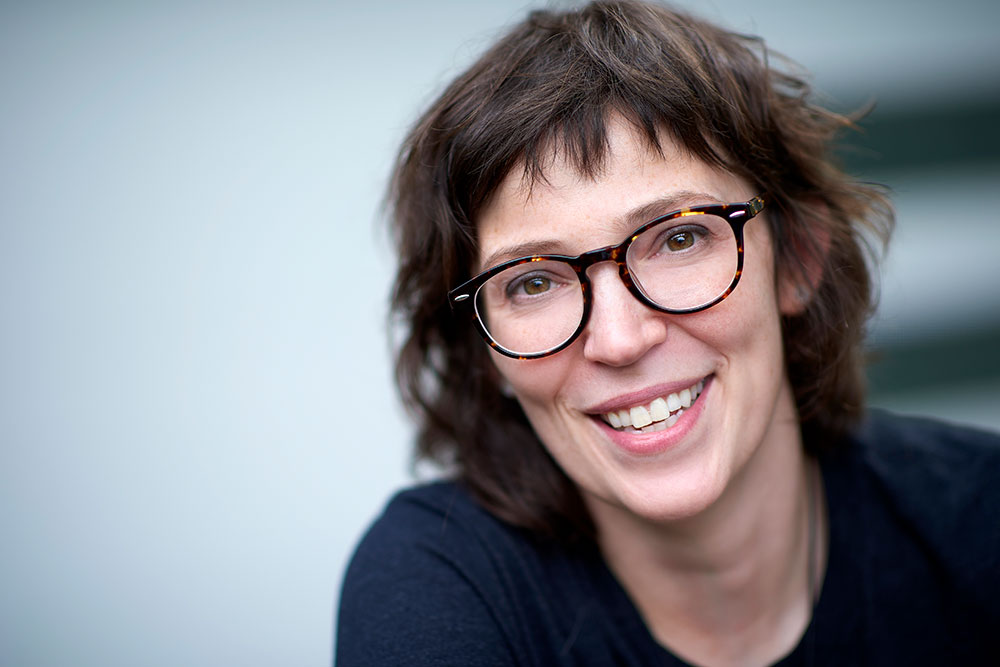 I have ADHD. I was always bouncing off walls as a kid. I was super-active and not in a good way. Think Tasmanian devil. I drove everyone crazy, except my dad. He understood me. Everyone else said, “Can’t you sit still?” I couldn’t.

In kindergarten, teachers tried to teach me to nap, because naps are good, right? I couldn’t do naps. My job would be to wake other kids up.

I wanted to be good, but there were few things that could keep me still. Art was one of the things I could pay attention to. Drawing ran in my family. My dad was a mechanic, but he doodled on everything. He drew cartoons, little men in cowboy hats. I loved that. I doodled a lot. My mom figured if she gave me art supplies, I would sit down and stay down.

I still bring an activity bag with me. I get nervous if I don’t have my art things. I carry pens in every color, my notebook for writing, everything I need to keep my brain still.

I love to send letters and postcards to people I love. That keeps me busy. I can be cynical, but that’s mostly politics. I think politics in this country has dragged a lot of us into a dark place, which makes little kindnesses feel important. I want people to know I’m thinking of them. Sometimes it takes hardly any effort to make somebody’s day.

For me, the physical act of writing keeps me in the moment. It’s not as permanent as an email. Once I send a letter, it’s gone. I don’t remember what I said half the time.

Still, I keep everything anyone has ever sent me. I have letters from middle school, high school. They’re important because someone thought something was important enough to write it down. They cared enough to send it to me.

When email started, my account got deleted. I lost all my correspondence. It felt like I’d lost a map — not losing people but losing the connection we had in moments we could never get back.

I’m in my 30s now. The 30s are when you start realizing you’re not immortal. So much is precious — your time, your health, your people.

I met this biker lady at a rally recently. I felt nervous. I was riding with these big bikes and here I was, on this pipsqueak 250. So this lady, super cool, says, “What’s your name?” And I said “Chicken.” And she said, “Oh, I like chicken. Everyone likes chicken.”

Also I’m afraid of many things. Chicken works on a lot of levels.

Before I started 1flychicken on Etsy, I did the Build Bridges Not Walls project. It was during the presidential campaign, 2015. The worst feeling is helplessness. I felt helpless. I wanted to do something to right that.

I thought, I’ll make a shirt. It wasn’t to sell them. I wanted a shirt to wear like armor. As a queer person, I’m a minority — not the same as other minorities, of course, but still. I think it’s helpful to know people around you care about you and are with you. So I made a shirt I thought would let anyone who wore it show they were allies to anybody who felt alone.

A friend in St. Louis who runs a queer-owned, women-owned business made the shirts at cost and shipped them for free. We ended up raising over $12,000 for Planned Parenthood. Then there was the billboard one supporter put up in Braddock. I mean, Pittsburgh. Bridges. Immigrants. It’s everything here. We know who we are. It was lovely to see that.

I think about my dad a lot. He was a problem solver. He would sit around with his buddies and talk about a problem they had with a car. They were always trying to figure out how to fix what’s broken.

My dad lived until I was 17, but I understand him so much now. I see how much of him is in me.

Lori Jakiela has a new poetry collection, “How Do You Like it Now, Gentlemen?” and has written several other books.
She lives in Trafford and directs the Creative and Professional Writing Program at Pitt-Greensburg. For more, visit: lorijakiela.net

This article appears in the September 2022 issue of Pittsburgh Magazine.
Categories: Stories of Our Neighbors