Stories of Our Neighbors: When You Grow Up in a Place, You Don’t Always See It Clear

MC/DJ Blakk Steel on Pittsburgh hip-hop past and present, and the time George Benson came back home. 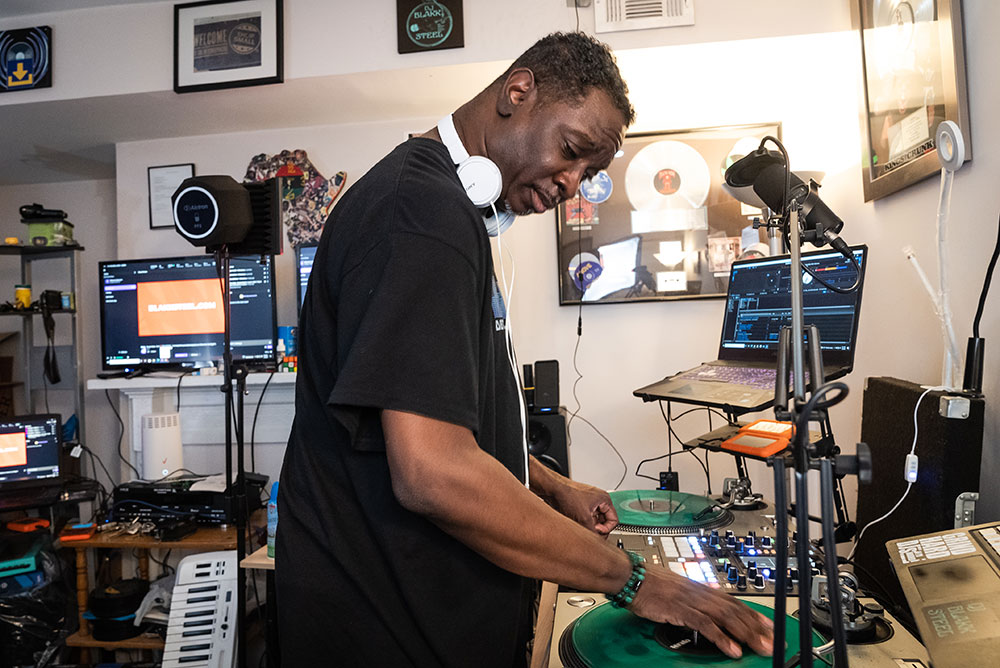 Next to the speakers in his home studio in Pittsburgh’s Hill District, MC and DJ Blakk Steel — real name Adam Lewis — keeps an action figure of Iron Man. Blakk’s choice of Marvel heroes seems perfect. “Following’s not really my style,” Iron Man says in “The Avengers.” And Blakk follows only the beat of his own heart.

Blakk grew up in the 800 block of Francis Street in the Hill. He knows Pittsburgh’s hip-hop history. He earned a nod from Vibe magazine early in his career, began DJing professionally in the ’90s and ending up on WAMO-FM. He gained a reputation for shunning popular music in favor of music he felt people needed to hear.

“For me, it’s all about the message, the words,” Blakk says. “If your words are good, and your music is trash, there’s a remix for that. If your music is good, and the words are trash, give me the instrumental.” He carried that sensibility into his work for “Underground Hip-Hop Video Magazine,” a local show that received six Billboard Music Awards nominations.

Blakk, who has consulted with top players in the music industry including Sean “Puff Daddy” Combs and the late Jam Master Jay, currently co-owns an internet-based urban adult contemporary radio station, digitalanalogradio.com, and performs Golden Age hip-hop shows with “The Union,” a trio made up of Blakk, DJ Big Phill and DJ Selecta.

“When we play, people hit the dance floor before they hit the bar,” he says. “That’s saying something.” 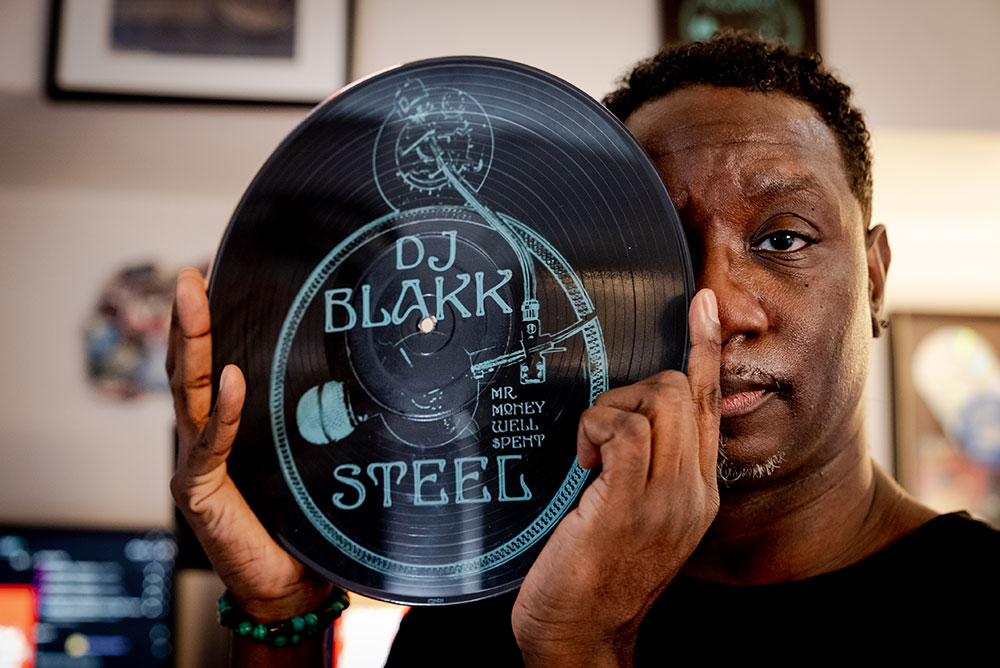 I’m not ashamed of my age because I made it this far. I’m 51. I grew up in the Hill, in the projects. We had one white family there. A guy named Thomas Brooks and his mom, Miss Katie Brooks, God bless the dead. They grew up with us and became family. But once I transcended the Hill, it was culture shock. I went from going to all-Black schools to the University of Pittsburgh. As much as I’d hung out in Oakland, I realized there were two Pittsburghs. It took me a while to adjust.

I got my official start at WPTS Radio in 1990. The guy that put me on air didn’t care who filled the slot. But I was hungry because I grew up listening to this station. Pitt’s antennas are on top of the Cathedral of Learning. The signal carried west to Youngstown, east to Greensburg, on 16 watts. I garnered about 250,000-plus listeners. That’s why WAMO came for me, because I got in the way.

Before I was a DJ, I was a rapper. My first rhymes? Cringeworthy.

I was the skinniest, so folks used to pick on me. I began traveling neighborhoods, battling folks. In order to battle, you had to be able to rhyme on the spot. And that’s what I came from.

I also needed a DJ but couldn’t find one. So I learned how to DJ, too.

I had been thinking about getting into the dope game, but a friend saved my life. He gave me his equipment. Turntables used to cost $2,000. He said, ‘I don’t want you doing what I’m doing. You have to represent the neighborhood.’ He’s legitimate now so I can say his name. It’s June, for Junior. It’s amazing to have a friend with that much wisdom and love.

True MCing is painting with words. If you close your eyes and listen, I want you to be able to see what I’m saying.

I wasn’t always conscious of the history of the place I grew up. When you grow up in a place, you don’t always see it clear.

George Benson grew up in the projects I grew up in. My grandmother used to babysit him.

I didn’t believe her. This was around the time George Benson was hot, on constant rotation on WAMO. I was like, “OK, grandma.” I wasn’t going to call my grandmother a liar. Then, fast forward.

George’s brother lived across from me in the projects. One day, I’m about 10, my grandmother said, “You do know Foster is Georgie’s brother.”

So I asked a friend and he said, “Yeah, and George Benson is supposed to come visit today.”

I said, “I ain’t going nowhere. I’m staying right here. I’m going to watch for George Benson because I don’t believe any of you.” I told my grandmother and she said, “I’d like to see him.”

So a limousine pulls up in the projects, the first limousine I’d ever seen in my life. Out pops George Benson. And my grandmother — she was having trouble getting around back then — she made it quick down those steps. She said, “Hey Georgie.” And George Benson ran over to my grandmother and gave her a huge hug.

That was the first time I saw somebody who was from where I was from make it big in the world.

So my grandmother used to babysit George Benson, but she didn’t own a lot of his records. I know because I inherited her record collection.

I always wondered about that.

This article appears in the February 2022 issue of Pittsburgh Magazine.
Categories: Stories of Our Neighbors

Stories of Our Neighbors: Thank You For Being a Friend