Based on R.L. Stine’s book series, a group of teenagers battle an evil force that's plagued their small town for centuries. 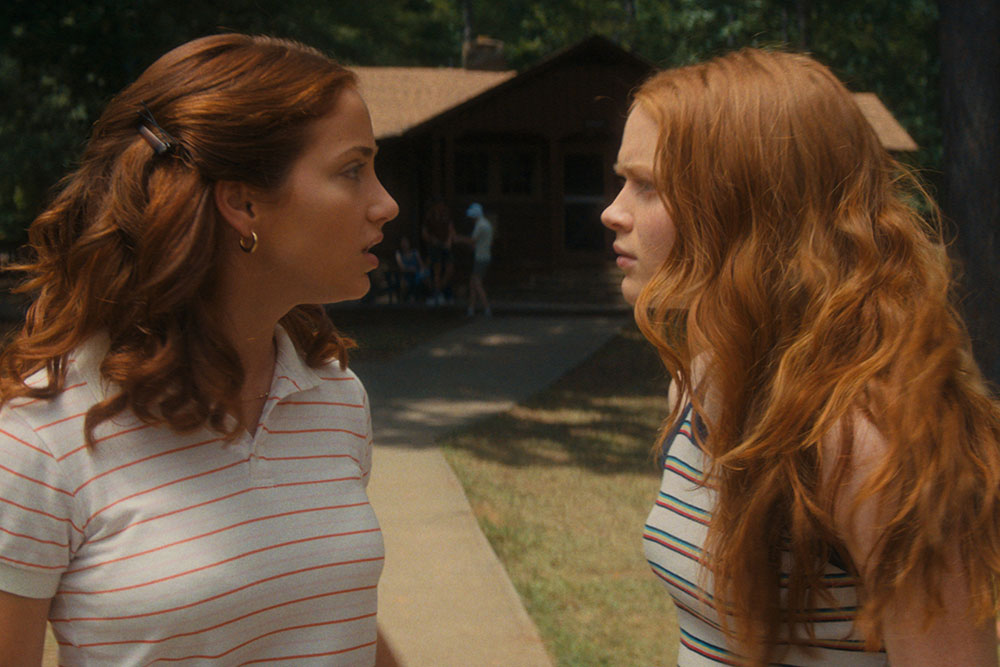 There are three layers of nostalgia to Netflix’s “Fear Street” trilogy — an impressive turducken of fondness, even in the frequently reflective horror genre.

On the surface, there’s the obvious source material. While the three “Fear Street” films, which are being released on consecutive Fridays, are influenced in subject matter and tone by R.L. Stine’s book series, it’s more a matter of branding than adaptation. Still, the name alone — especially when combined with small-town mayhem befalling teenage characters — is enough to send a very narrow band of millennials into a reverie for their paperback youth.

A level deeper, the first two “Fear Street” films — last week’s opening chapter, subtitled “1994,” and this week’s “1978” — are riffs on existing horror properties. The former film contains regular nods to “Scream,” while this week’s chapter is a summer-camp pastiche strongly indebted to “Friday the 13th,” “Sleepaway Camp” and “The Burning.”

At the core, there’s simple nostalgia for the eras in question. Both “1994” and “1978” are soaked in the signifiers of their eras, from radio-hit laden soundtracks to evocative branding.

That’s a lot of memories to lay down on some slashers. Surprisingly, though, it’s pretty effective.

In “1978,” we encounter a tale of possession and chaos at the effectively named Camp Nightwing. The summer haven straddles the border of tony Sunnyvale and hard-luck Shadyside, attracting campers from both sides of the divide — much to the dismay of the beleaguered Shadysiders, who are treated as misfits by their wealthy rivals.

See, Shadyside has much more than its share of brutal massacres — see “1994” for the background, and I do recommend you watch these flicks in order — a surfeit of slaughter frequently blamed on the influence of a long-dead witch. Disgruntled camper Ziggy (Sadie Sink) has been accused of wiccan influence all summer long, even though her big sister, Cindy (Emily Rudd) is a cheery, ambitious counselor; now, with the camp’s big color war looming, an actual possession is about to take hold.

If it sounds adolescent, expect much more brutality than you might picture. One of the strengths of the “Fear Street” films is a willingness to get violent; just as the “Fear Street” books were the more violent sister series to “Goosebumps,” these film adaptations are a pleasant alternative to the wave of PG-13 teen horror. “1978” may have a degree of Netflix polish applied, but make no mistake: This is a down-and-dirty horror flick at its core.

“1978” doesn’t quite have the fun of “1994,” as it gets bogged down in the second act. Its characters are strong and likable, though, and the climactic mayhem delivers. The movie stands on its own as a worthy entry in the camp-horror canon — I think I mean both literal and figurative camp, there — and deepens the appeal of the “Fear Street” series.

Where does it go from here? Next week’s flick, “1666,” delves way back for the tale’s witchy origins. It’ll be a bit of a change of pace. I don’t know too many people who are nostalgic for the mid-17th century.