Jade Cageao offers a curated, craveable menu at her pastry and sandwich shop. She’s set to open a second location in Beaver this month. 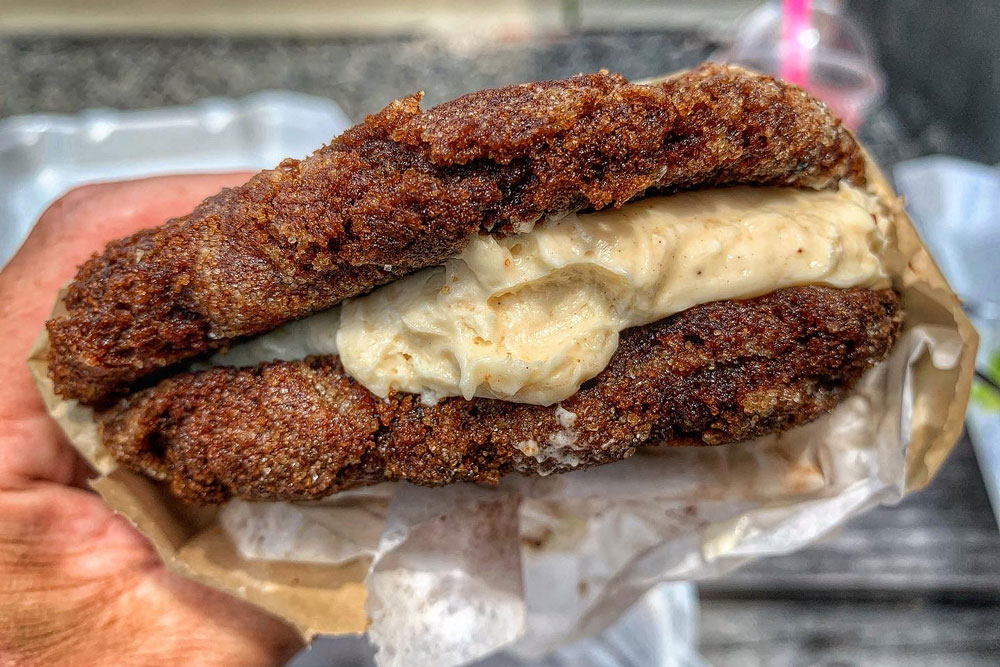 There’s a cookie sandwich at Ladybird’s Luncheonette, an enchanting pastry and sandwich shop on Ellwood City’s main drag, that I can’t stop thinking about. Two squishy double-ginger molasses cookies, crunchy with fragments of sugar and salt, encase a generous helping of velvety, sweet and just-a-touch-funky miso caramel buttercream. It hits all the notes I want in a sweet treat, with spice and savory softening the sugary edges.

That dessert, as well as the other several sandwiches and pastries I enjoyed on a couple of visits to Ladybird’s last month, have me eager to take another 45-minute drive so that I can see what else chef/co-owner Jade Cageao has in her repertoire. She’s an Ellwood City native who moved back to the region a little more than seven years ago to raise her son, October. She returned with a wealth of professional experience, having worked as a chef, pastry chef and caterer, primarily in Savannah, Georgia, and Los Angeles. In May 2019, with 15 years of kitchen experience, she took over a beloved ice cream shop, Sweet Caroline’s. 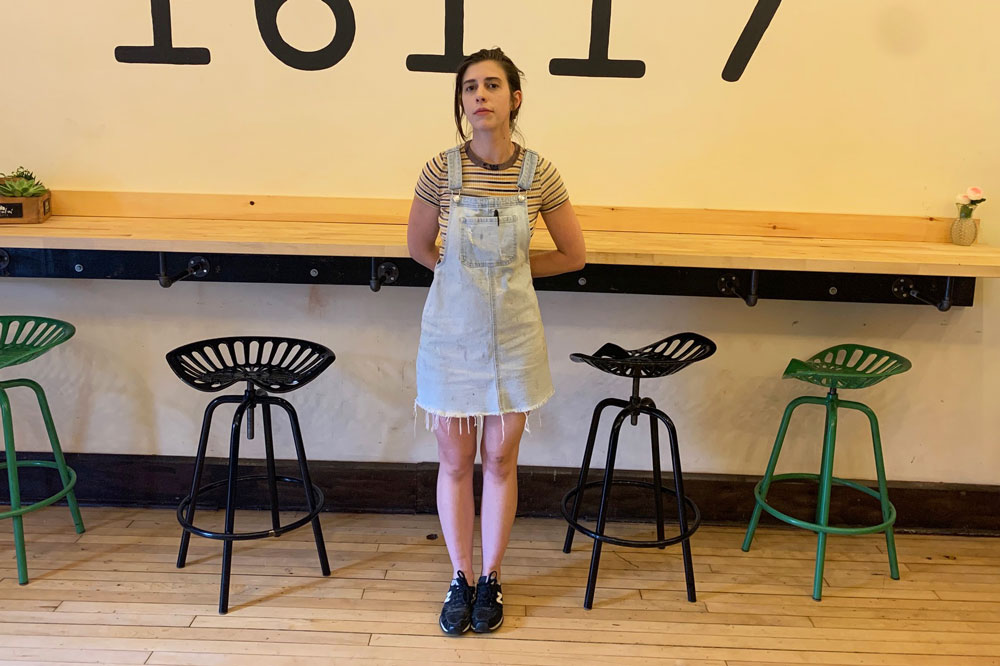 Cageao planned on keeping the establishment more or less as it was when she and her brother bought it, but, she says, she had a sense deep down she was going to transform it into something else. “I get inspired by all sorts of things. I’m the type of person who comes up with ideas lying in bed when I should be sleeping. I’ll be half-asleep and get a flavor profile in my head,” she says.

The transition was gradual, with Cageao first adding pastries to the menu last summer. In October, she introduced a small selection of sandwiches. It wasn’t until March, at the start of the COVID-19 pandemic, that she expanded the menu to its current form. “We shut down the dine-in side, and I was pretty much doing everything from cooking to running food out to people’s cars,” she says.

The response from locals who already know the place and new customers who found the shop through word of mouth or the cafe’s enticing Instagram posts allowed Cageao to hire more staff, and she took on a new business partner, Alex Jordan. “She’s good at taking care of all the things that I’m not,” Cageao says of her old friend. 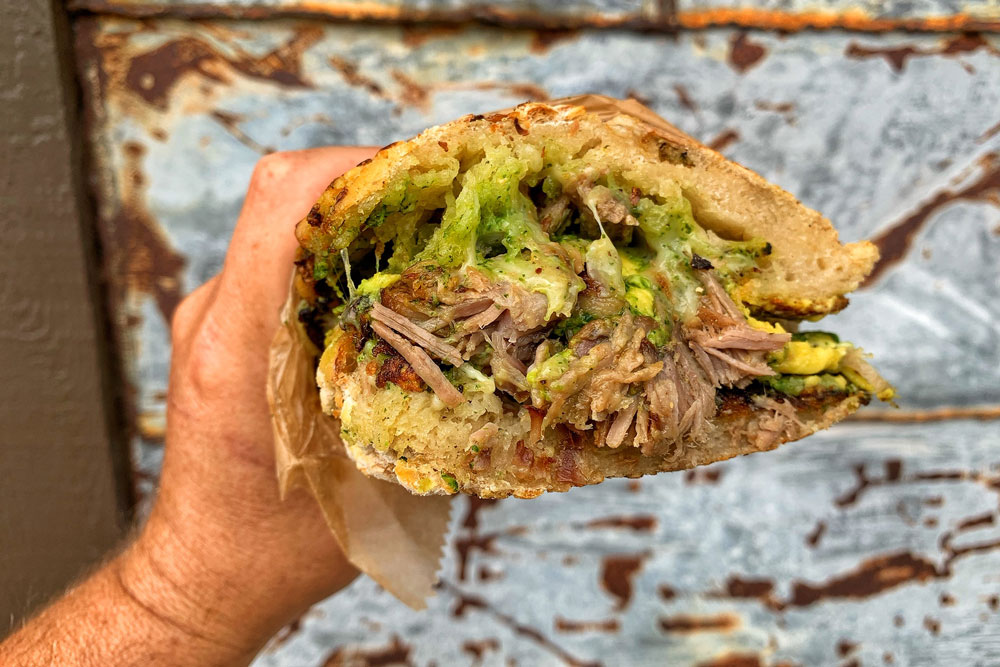 The more Cageao expanded what she offered, the more she realized that its name wasn’t representative of her work. Last week, she renamed it Ladybird’s Luncheonette. The name Ladybird carries two meanings for Cageao: her late sister loved ladybugs and Cageao wanted to name the restaurant in her honor; and, a few years back, Cageao was working as a barista and a regular customer (“the sweetest old lady on Earth”) bestowed the nickname “Ladybird” on her.

The offerings are worth seeking out, even if you’re coming from Pittsburgh. I’m gaga for the plum crumble, which features peak-season stone fruit. I dig Cageao’s sly touches, such as adding a little bit of black pepper to bring out the spicy notes in a plum rather than allow the dessert to veer too obviously sweet.

Her savory menu is just as delightful, mainly the sandwiches; those beasts, big enough to feed two people, are layered with flavor. Take La Marquita, which features lard-fried carnitas, queso fresco, jalapeno pesto and smashed avocados. It’s an indulgent experience that still feels virtuous to eat, which means you’re like me, you’ll eat a lot more of it than you planned on. While there are a few lighter options such as turkey-avocado club, it’s pretty clear that Cageao digs preparing a crushable sandwich such as The Sasquatch, a monstrous stack of meatloaf, last autumn’s marinara, caramelized mirepoix, basil pesto and melty cheese. 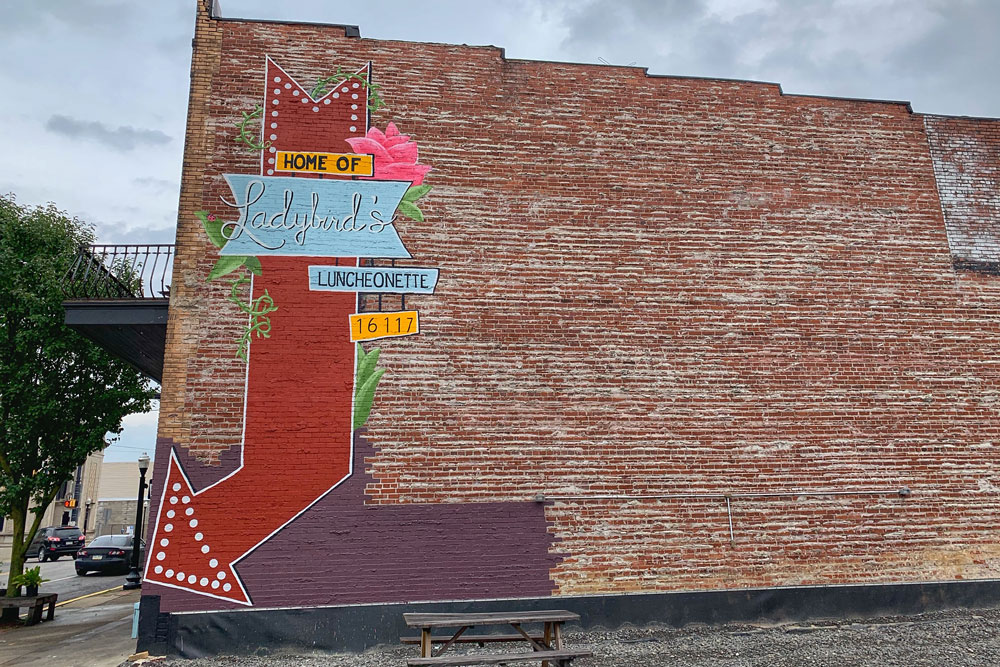 All of the sandwiches are served on housemade, naturally leavened bread, a technique Cageao has been using since, she says, “long before it became cool to make it.” Indeed, just about everything, down to the butter pecans and the hot fudge sauce, is made in-house.

Despite the industry-wide slowdown as a consequence of COVID-19, Cageao is set to expand. On Aug. 15, she and Jordan will open a second Ladybird’s location, this one in the former Herban Touch Juice Lab space in downtown Beaver (Cageao formerly worked for that company). It’ll have a similar menu, but rather than milkshakes, there will be cold-pressed juices since the location came with a commercial juicing machine. “We’ll probably lean a little more toward the healthier end of things with the menu there, too,” Cageao says.

And, this might be the start of more extensive plans for Cageao. “I have big aspirations. I’d love to have a couple of different concepts under the Ladybird’s banner,” she says, noting that, among other ideas, she’d like to open an after-dinner dessert bar and a teaching studio. “But,” she adds, “I have to get this down-pat first.”