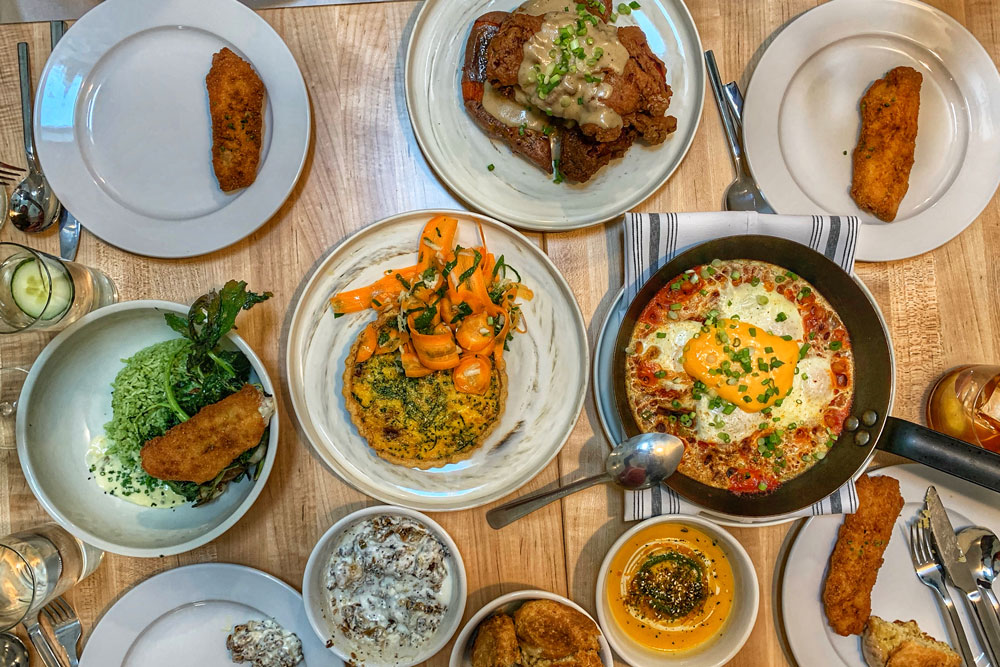 Brunch Spread at Bar Botanico
My friends and I had intended to check out Roger Li’s dim sum pop-up at Ki Ramen last Saturday. Alas, we arrived too late and too hungry to join the queue, which roped down 44th Street. (I’ll just have to wait for the next one, which is expected to happen around Lunar New Year.) Happily, newly opened Bar Botanico had some empty seats, and we ordered what is best described as the “Have Rafael feed you” option, in which Executive Chef Rafael Vencio assembles a spread of delectable treats. On my visit, the meal, which was fabulous, included delights such as fried Lake Erie walleye with herbed rice and griddle radishes (a standout dish in a standout meal), butternut squash soup with coconut cream and spicy, shakshuka-influenced skillet with fried eggs and chickpeas. I’ll have more on the new establishment in forthcoming weeks.
4325 Butler St., Lawrenceville; 412/258-4790, barbotanico.com 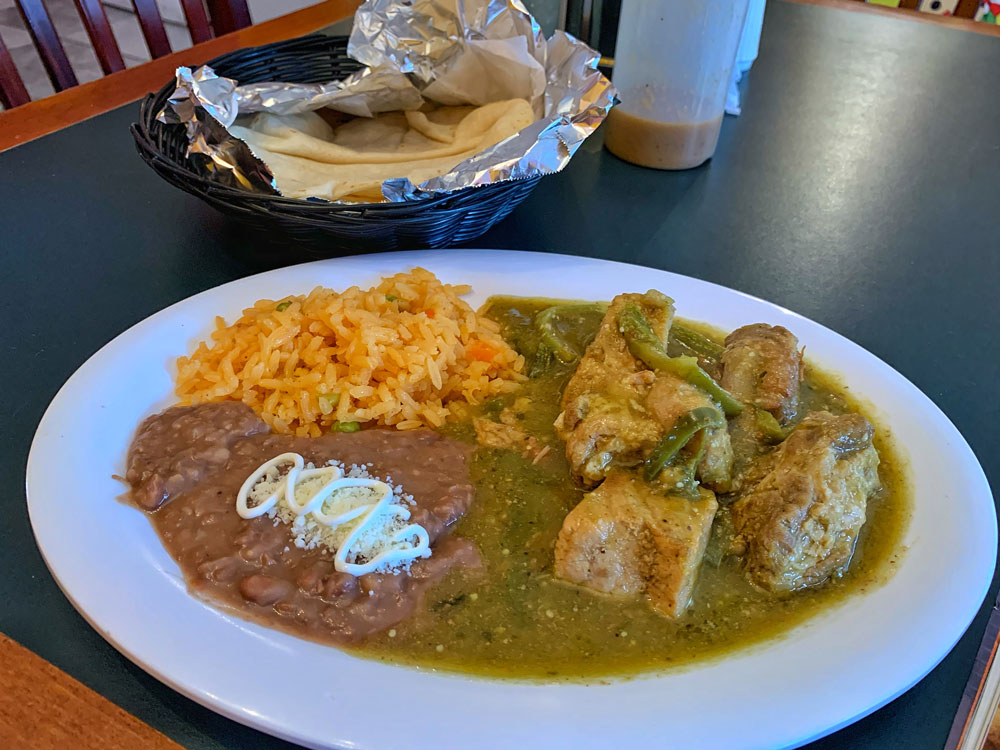 Pork Ribs and Nopales in Salsa Verde at Alquisiras Paleteria
Beechview slowly is becoming Pittsburgh’s go-to neighborhood for Mexican cuisine. Of the growing number of restaurants, Alquisiras Paleteria is beginning to stand out for me. I’ve been a fan of the establishment’s house-made paletas, a rainbow of frozen treats that come in flavors such as tamarind, lemon-lime and horchata, since Alquisiras Paleteria opened in July 2018. I slept on the restaurant’s savory menu until this week. Prompted by a Facebook post, I tried the daily special — pork ribs with nopales in salsa verde. The piquant, slightly spicy sauce paired perfectly with the rich, tender pork; the house-made corn tortillas (find them most weekdays but not on weekends) were a terrific accompaniment. I’m stoked to go back for more specials, which include pozole, chiles rellenos and tamales.
2056 Broadway Ave., Beechview; 412/343-0752, facebook.com/alquisiraspaleteriapittsburgh 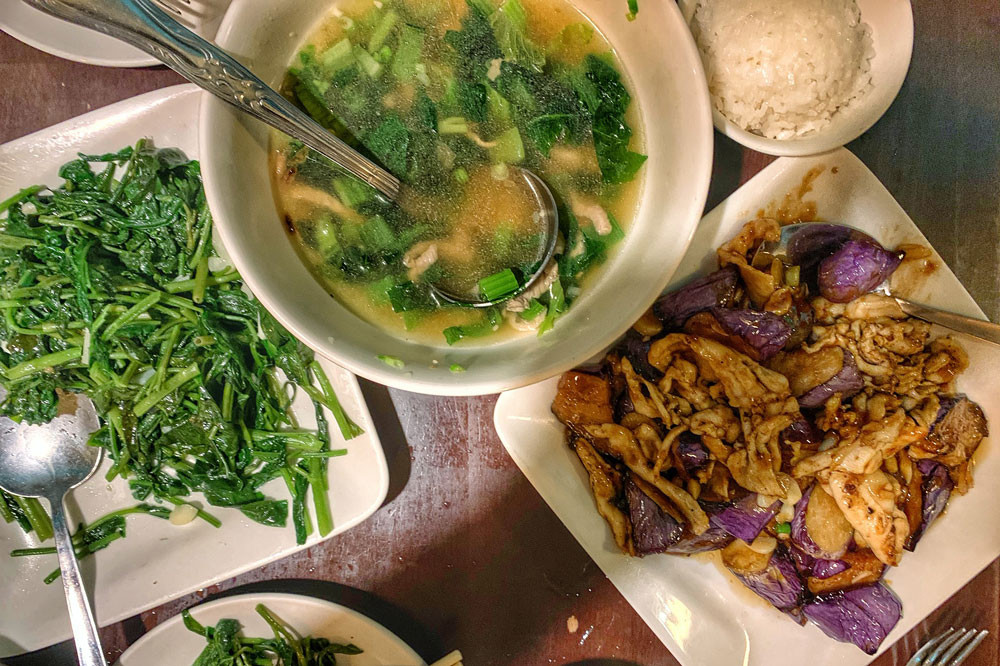 Pork with Mustard Greens Soup at Taiwanese Cafe Bistro 33
Now that we’ve had our first good cold streak and several bouts of bleak, dark days, I think it’s fair to declare that soup season is officially underway. Ordering a bowl of pork with mustard greens soup at Taiwanese Bistro Cafe 33 is one of my favorite ways to dive into cold weather eating — matchsticks of roasted pork and tender shredded mustard greens float in chicken stock enhanced with ginger, garlic and roasted shallots. It’s a feel-good bowl that’ll perk you up, at least for a few hours. I’m also digging the Taiwanese restaurant’s egg scallion pancake, which is more egg than pancake, and its garlicy, groovy eggplant with chicken.
1711 Shady Ave., Squirrel Hill; 412/421-2717, twcafe33.com 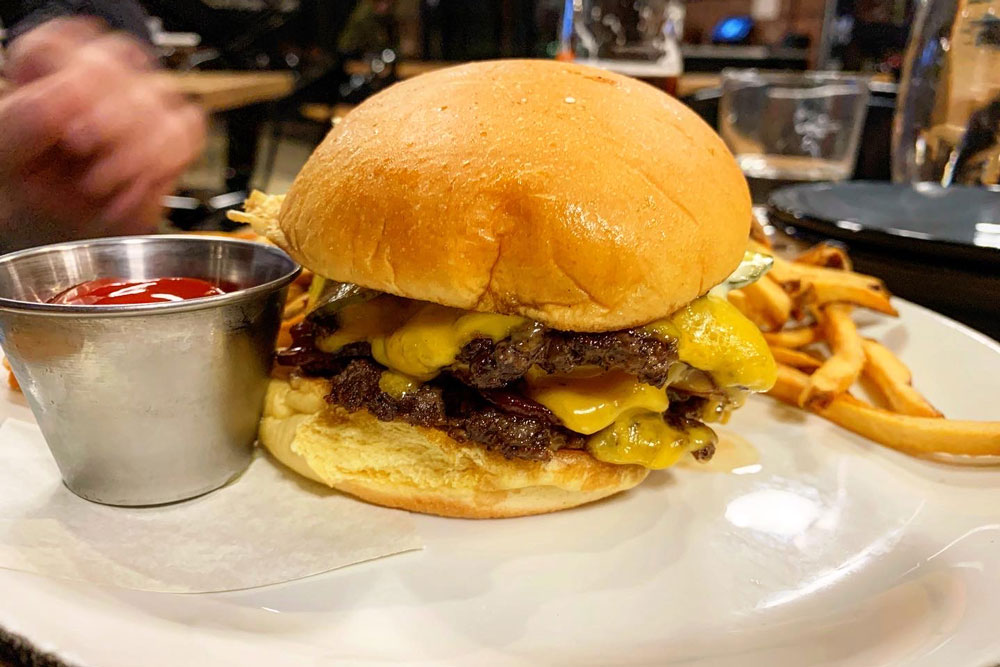 Diner Burger 2.0 at Cinderlands Warehouse
I love diner-style hamburgers — the kind with the thin, griddled beef patties assembled with an unfussy cadre of accoutrements. I’m even happier when those burgers use stepped-up, well-sourced ingredients that enhance the experience. I’ve long been a fan of the burger at Cinderlands Beer Co.’s Lawrenceville location and I’m happy to report that Diner Burger 2.0, served at Cinderlands Warehouse in the Strip, lives up to the standard set at the original spot (now known as Cinderlands Foderhouse). Diner Burger 2.0 features two Jubilee Hilltop beef patties, bacon (which on my visit was smartly placed between the patties), American cheese, bread and butter pickles and caramelized onion dijonaise. Oh my. Look for more of my thoughts about Cinderlands food and beer offerings in my forthcoming January issue review.
2601 Smallman St. Strip District; 412/209-1575, cinderlands.com