The jazz club and restaurant, our Best New Bar in 2020, is set to open a Downtown location this summer. 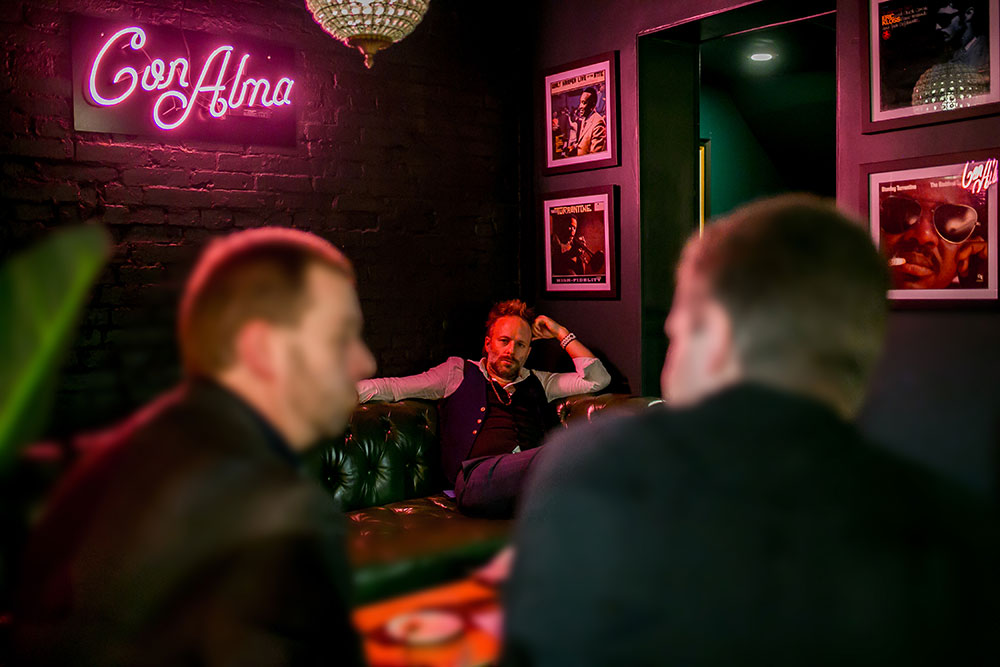 This week, Esquire Magazine named Pittsburgh’s Con Alma one of its 27 Best Bars in America. It’s just the fourth bar in Pittsburgh to make the list since it was created in 2005 — Dee’s Cafe was honored on a long list in 2006 and, in 2017, Spirit and Gooski’s were two of 24 named that year (Pittsburgh joined New York and Chicago as the only city with multiple mentions that year).

“It’s crazy. It’s all very exciting. I’m seeing how a lot of years of hard work and dedication from so many people, with so many different talents, worked out,” says Aimee Marshall, who owns Con Alma with John Shannon and Josh Ross.

Although the COVID-19 crisis put an extended pause on the triple-threat space that offers an intimate jazz room, excellent restaurant and terrific cocktails, a mix of outdoor entertainment, live-stream concerts and to-go food kept the spirit of the place intact until it was able to reopen, in a limited capacity, for guests earlier this spring.

Considering we’re at least a decade deep in an era of designed-to-be-viral “Best [NAME IT!] in Each State / United States” lists, why does this one matter? Generally speaking, I don’t feel overly exuberant when howaboutthatdotcom.com or whatever listicles an establishment the writer likely has never been to; I have a feeling most of you would agree with me that we don’t need that kind of external validation to know we’re onto something good here in Pittsburgh. But this list, which the illustrious cocktail historian and writer David Wondrich first spearheaded in 2005, is different. It’s deeply researched and as authoritative as you can get while undertaking the fundamentally impossible task of naming the best bars in an entire country (particularly in a year when many bars are closed).

And Con Alma truly is a destination worth celebrating. We named it our Best New Bar in February 2020, noting, “Rarely have we seen a new bar in Pittsburgh instantly feel like a classic gem,” and ending with “Con Alma is very, very cool. If it’s this good already, we’re keen to see what happens as it continues to grow into the space.” Well, from design to dinner, it’s just gotten better from there.

“The whole eat, drink, jazz experience. We came up with that and the name in the beginning. There was no doubt this was what we wanted. I’ve been involved in the restaurant community since I was a teenager and have been listening to Pittsburgh jazz since I moved here when I was 17. I knew the level of talent we have in Pittsburgh. With the design and the staff we hired, we rounded it out to be just what we wanted,” Marshall says.

Now, Marshall, Shannon, Ross and a top-flight staff are set to expand their magic with a second, larger location Downtown in the former Peter Allen space. Marshall says just everything is ready to go, and they are waiting on final inspections. Look for Con Alma Downtown to open sometime early this summer.