The eighth annual event is the last Saturday in August. 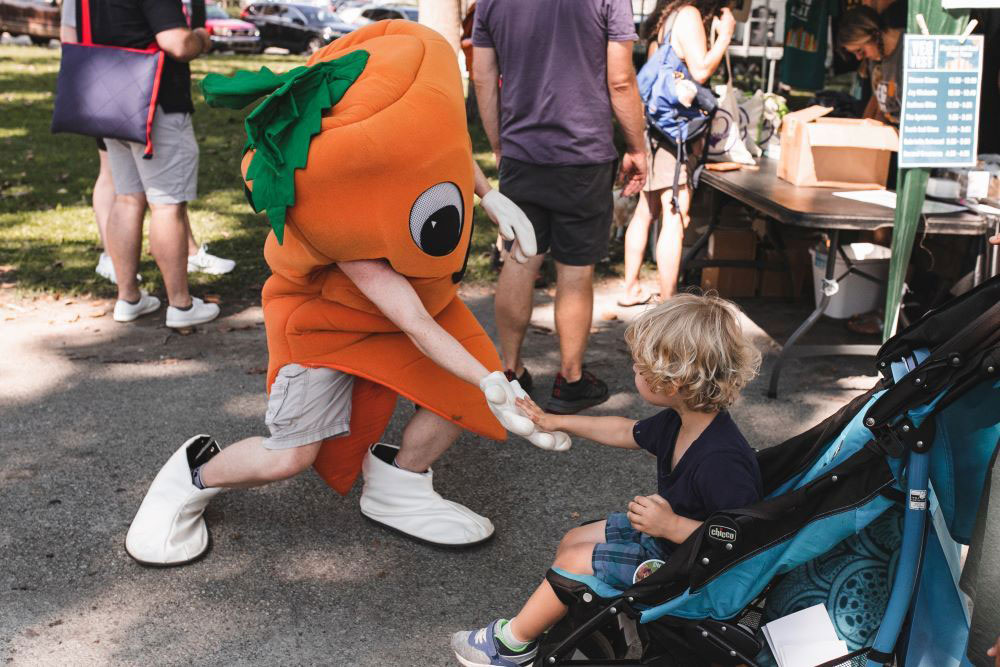 If you’re looking for a meatless alternative to those end-of-summer barbecues, plant yourself at Pittsburgh VegFest.

On Saturday, Aug. 27 from 11 a.m. to 5 p.m., Allegheny Commons East on the North Side will be the epicenter of vegan food, gifts, entertainment and education. 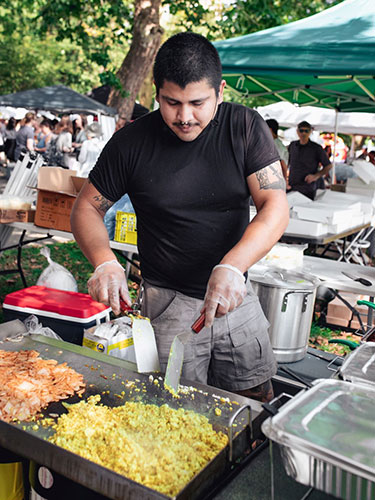 The eighth annual event is one of the largest vegan festivals in the country, with upward of 8,000 people attending each year. Novices to the lifestyle can commune with folks who’ve for years sworn off food, clothing and other wares that contain animal byproducts. The free, family-friendly party will feature 150 vendors, 13 food trucks and eight bands.

Patrons can purchase a VIP pass that gets them into the festival an hour before the general public and a limited-edition, reusable, canvas swag bag filled with vegan goodies. A portion of the proceeds from the ticket sales will go to the Humane Animal Rescue Wildlife Rehabilitation Center in Verona.

Early risers who want to get a little exercise in before chowing down can register to participate in a 1.5-mile Walk With A Doc around Allegheny Commons Park led by Dr. Natalie Gentile. The plant-based physician, who is board-certified in family and lifestyle medicine, will kick off the stroll at 9:15 a.m.

VegFest was founded in 2015 by Leila Sleiman and Natalie Fristick, animal advocates who met at a PETA protest when the Ringling Bros. and Barnum & Bailey Circus came to town.

Bonded by their love of all creatures big and small, the pair founded Justice For Animals in 2014. In addition to organizing VegFest, the nonprofit supports legislative initiatives in the city that protect furry, scaly and feathered friends, holds demonstrations, performs neighborhood and river clean-ups and promotes cruelty-free products, ranging from skincare and makeup to ethical clothing lines.

Sleiman, whose parents are vegetarians, has always maintained a plant-based diet. At age 12, spurred by information she learned about the meat and dairy industry, she became a vegan. An internship at PeTA eventually turned into a full-time gig that sent her all over the country raising awareness about animal suffering. She’s raising two boys, ages 3 and 10 months, to respect other living things. 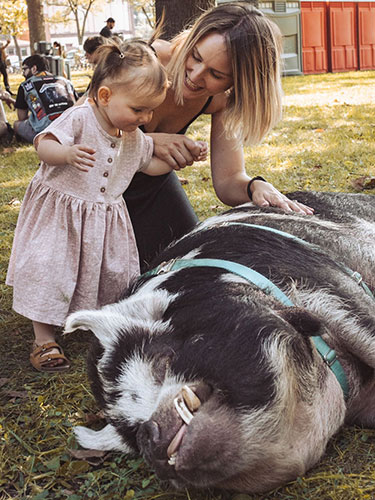 From a young age, Fristick was advocating for animals. As an adult, she conducted undercover investigations for PeTA that documented cruelty in zoos and circuses. One of those assignments resulted in the USDA levying fines and citations against one of the largest exotic animal acts in the United States.

The women’s goal with VegFest is to bring together the best vegan food in the city, along with small businesses and animal rescues. And it’s not just dogs and cats; pigs, cows, chickens and other livestock will be represented, too.

“If they meet an animal they’re used to eating, perhaps that will push them into a trajectory of keeping animals off their dinner plate,” Sleiman says.

She adds that the increase in vegan restaurants and other plant-based businesses is making it easier for carnivores to make the transition or make small adjustments to their lifestyle.

“It can be as simple as switching out one regular meal a day with a vegan option,” she says. “That not only benefits animals, but it’s good for the person’s health and the environment.”