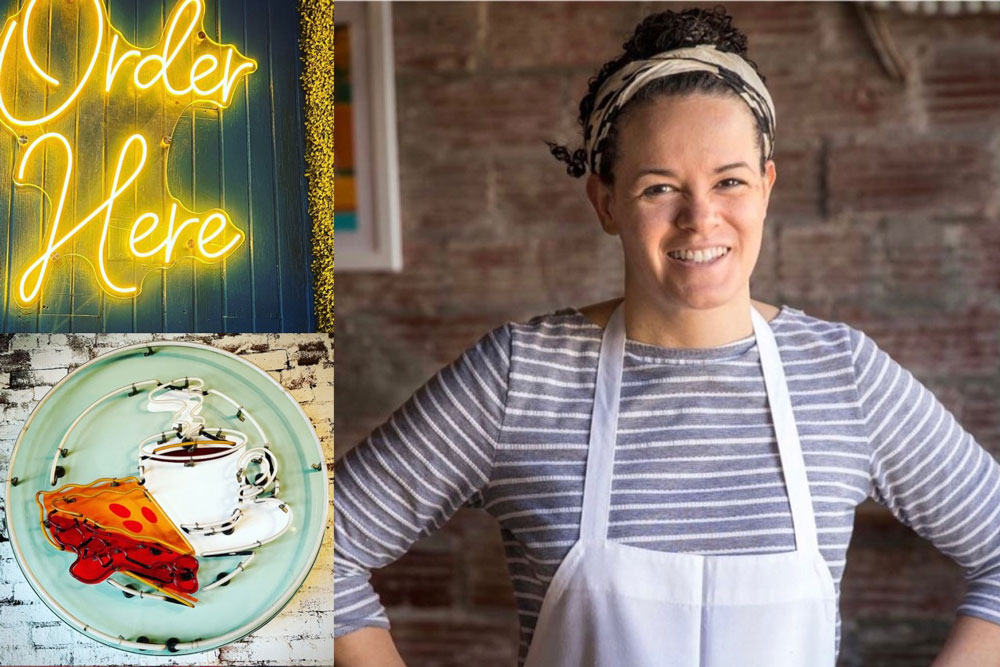 A new restaurant from the Richard DeShantz Restaurant Group is slated to open late this month. It’s called Sally Ann’s, and it’s in the Downtown space formerly occupied by Pork and Beans, which had been shuttered since the onset of the coronavirus pandemic. Jamilka Borges, formerly of Independent Brewing Company, Spoon and Bar Marco, is the restaurant’s executive chef.

While the concept has been in the works since last year, the specifics of what kind of restaurant it will be weren’t fully fleshed out until DeShantz brought Borges on board.

“Rick and I have been friends for many years. It’s always been on the back of our minds that we should do something together. But there hadn’t been anything that made sense in the long term,” Borges says. “We started talking again over the winter. I invited him to help me at this gig in California a few months ago. Working hard on it together was awesome and it set things in motion for me to join this restaurant.”

Borges’ menu will be vegetable-forward, with a significant portion of the offerings dedicated to vegetarian and vegan dishes such as carrot pierogi with vegan sausage, broccoli tostada, Rancho Gordo bean salad and cauliflower cubanos.

“We lost a lot of great vegan and vegetarian restaurants recently, so I want to add back to that aspect and offer a lot of options,” Borges says.

Fans of the Pork & Beans smoker won’t be left in the dust, however, as house-made pastrami will share menu space with other meaty dishes such as fried bologna sandwiches and roast beef. Borges will also offer a selection of soups and salads on Sally Ann’s menu.

Here’s some good news for Downtown workers and other early birds: the restaurant will open at 7 a.m. with a full-service coffee bar and a limited breakfast menu that includes all the dishes offered at DeShantz’s Strip District Establishment, Coop de Ville, as well as smoothies, fresh-pressed juices, breakfast sandwiches and quiches.

“I love working brunch, and that’s going to be a big thing on the weekends,” Borges says, noting an expanded weekend daytime menu that will include hand pies, sandwiches and more.

Look for the restaurant’s beverage program to reflect the light and inviting design on the space with a focus on easy-drinking spritzers and natural wines.

DeShantz named the restaurant as an homage to his mother, Sally Ann DeShantz, who passed away in November 2020. Henderlong says a portion of the proceeds from the restaurant will be devoted to a charity foundation in honor of his mother. The specifics of those details are still forthcoming.

As for the two RDRG concepts that remain unopened, Butcher & The Rye (just down Sixth Street from the new Sally Ann’s) and Fish nor Fowl in Garfield, those spaces are still in limbo. “We are working hard towards building a staff to be able to open those spaces. And while they are closed we are working on some much-needed renovations for the space,” says Casey Henderlong, the restaurant group’s director of events and public relation, adding that Butcher likely will open later this year.

Sally Ann’s will open the last week of May.