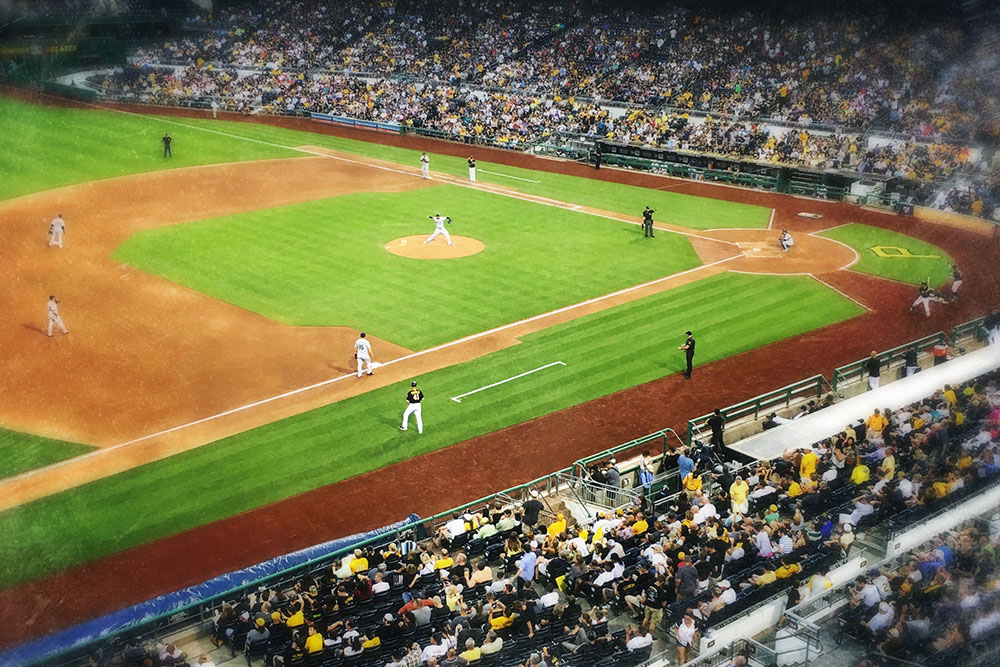 This month, the Pittsburgh Pirates will return to PNC Park, a building that many fans last saw as the setting of a daring rooftop getaway. In the action flick “Sweet Girl,” which debuted on Netflix in August, Jason Momoa plays an aggrieved widower who has sworn revenge after a pharmaceuticals company interfered with the medication that might have saved his late wife.

His schemes go awry, leading to a Downtown chase culminating on the roof of PNC Park; seemingly trapped, our protagonist makes a desperate leap from the ballpark to the Allegheny River. There are plenty of other local spots to be found throughout “Sweet Girl,” but the river dive is the clear highlight — fortunately, after a mid-film twist, you get to see the sequence a second time.

This article appears in the April 2022 issue of Pittsburgh Magazine.
Categories: On Location