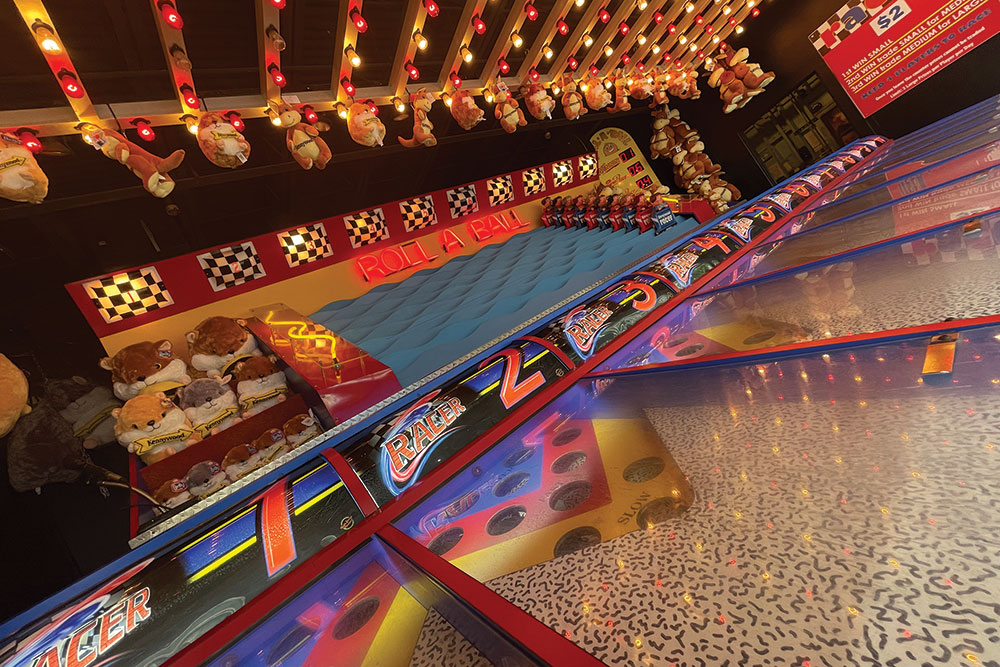 Kennywood served as the titular park in the 2009 comedy “Adventureland.” Jesse Eisenberg plays a directionless college grad who winds up taking a summer job at the park, where he’ll tangle with unruly customers and fall for a coworker played by Kristen Stewart.

The fictionalized park is run by longtime “Saturday Night Live” favorites Bill Hader and Kristen Wiig; after Hader’s humorless boss character witnesses our hero giving an uninspired performance at the Roll-A-Ball game, he gives a stirring demonstration of trackside patter.

The game is real and at Kennywood to this day, though players don’t race wooden horses, which were made for the movie; the real game features tiny Racer cars.

This article appears in the August 2021 issue of Pittsburgh Magazine.
Categories: On Location