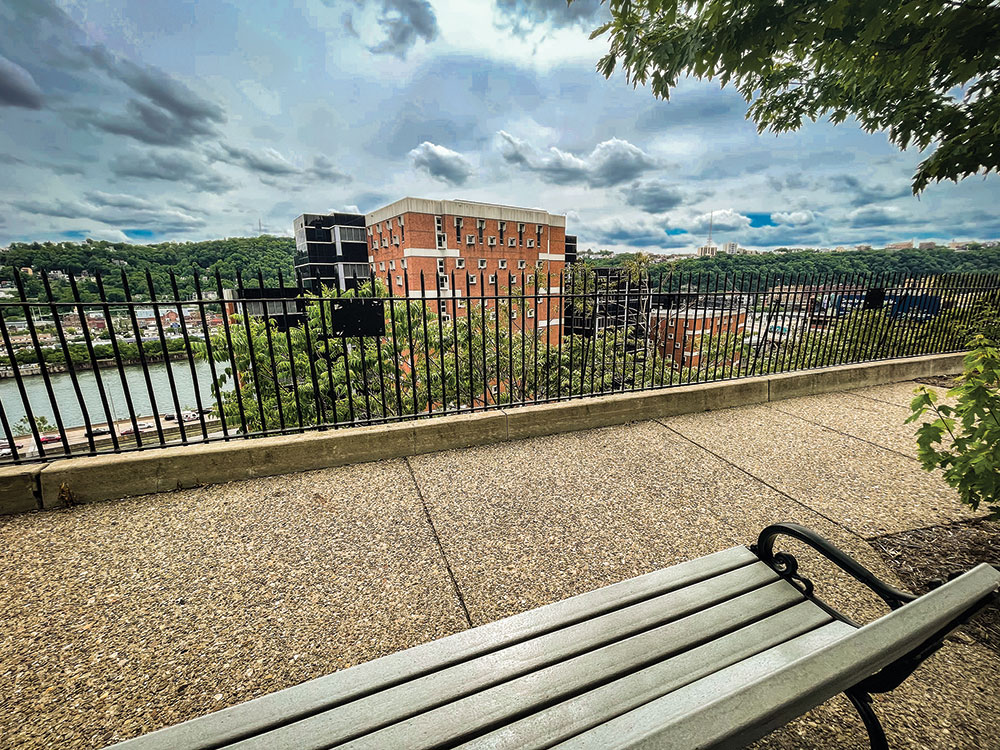 In this Pittsburgh-set thriller, Elizabeth Banks plays a woman wrongfully convicted of murder and incarcerated in Allegheny County Jail. Desperate to free his wife, her soft-spoken husband (Russell Crowe) hatches a desperate plan that will involve a dramatic jailbreak — followed by an even more nail-biting quest to escape the city before police can catch them. (You’ll wince when they select some frequently congested highways.) When Crowe consults with a prison-escape expert played by Liam Neeson, the Irish actor utters two words that the Steelers should play over the stadium speakers before every kickoff: “Pittsburgh’s tough.”

Market Square was transformed into an open-air restaurant where the couple shares a bench outside of Primanti Bros. The film was co-produced by Jimmy Miller of Castle Shannon, the brother of comedian Dennis Miller, and is available on most streaming services.

This article appears in the July 2021 issue of Pittsburgh Magazine.
Categories: On Location