The Philadelphia-based chef brings it home to Pittsburgh for the eighth episode of his live-streaming show “Bringing Israel Home.” 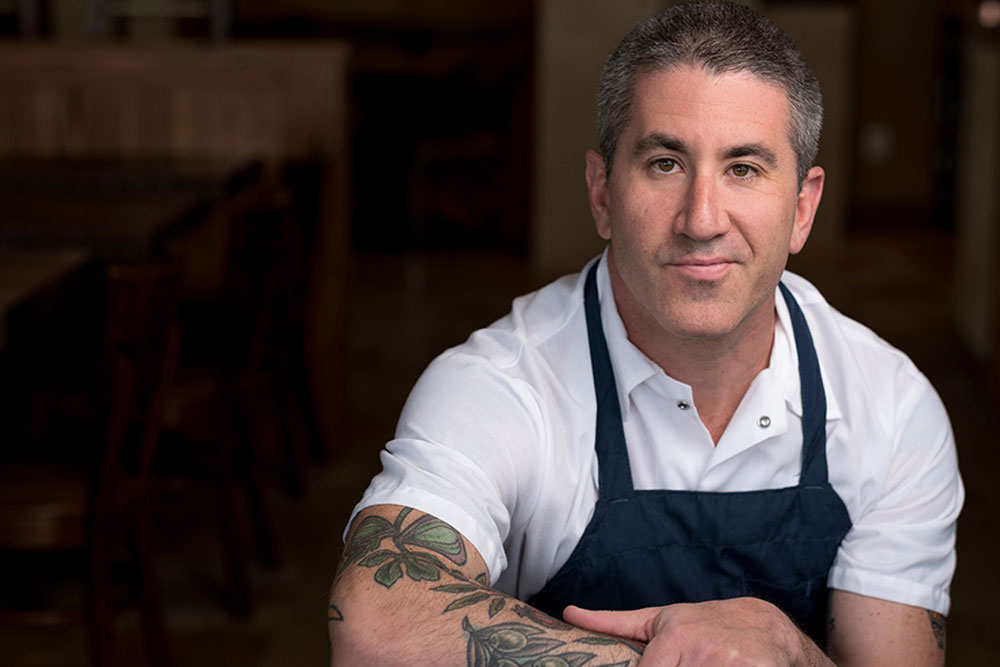 Like most of us, Michael Solomonov, the Philadelphia-based chef with Pittsburgh roots, misses traveling. He’s longing to return to Israel, where he came of age and later found his culinary voice. He typically visits the country several times every year.

Rather than dwell on what he couldn’t be doing, Solomonov created a talk show, “Bringing Israel Home.”  The series live-streams on Vimeo on Wednesday nights. The second half of each episode features Solmonov cooking a couple of recipes, in real time, that fit the week’s theme. Viewers are invited to cook along.

“I miss the people there. I miss my friends. I miss the food writers. I miss the music. I miss the energy. So I wanted to try to capture just a little bit of that,” he says. “We’re all doing so much home cooking, too, so combining the two made sense.”

Here’s a bonus for Pittsburghers: The final episode of the first half of the season brings him back (virtually) to Pittsburgh.

The episode, which live streams on March 3, will be his most personal. It’s centered around his brother, David, who  served in the Israeli Defense Force and was killed in 2003 by a sniper on Yom Kippur. He was 21. “I miss him. I love him. Talking about him keeps him alive,” Solomovov says.

Solomonov credits his younger brother for inspiring his love of Israeli cuisine. The two became more deeply connected when Solomonov visited Israel as a young adult (he’d moved back to the United States to attend college, while the rest of his family remained in Israel). “I admired him so much. He was a sympathetic and gentle kid. He’d gone through a lot. He affected so many people in a positive way,” Solomonov says. 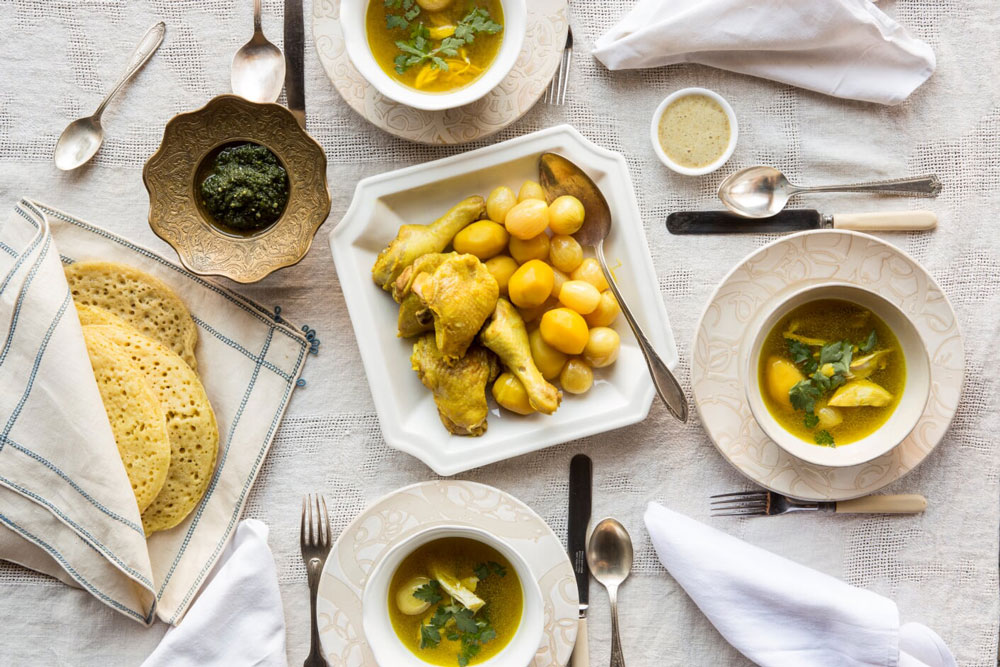 Exploring Israel with David helped plant the seed for Mike’s culinary journey into Israel and its food. The brothers bonded while traveling through the country, eating where they went. David Solomonov even convinced Mike, who was already building a successful career as a chef but not cooking Israeli cuisine, to cook a few meals while he was visiting. “We spent a lot of quality time together. And that’s something I’ll never forget,” Solomonov says, noting the Jewish community in Squirrel Hill knew about David’s death almost immediately.

It’s food that, in part, has kept David’s memory alive. It’s also part of how Solomonov tells his story. “How do we connect with our heritage and our identity? So often, it’s done through food. These food memories are things that establish time and place. It’s as important as any other part of our culture,” he says.

Solomonov will cook two dishes — pastel and lamb sofrito — as a tribute to his family in the final episode of “Bringing Israel Home.”

“I’m inviting people to understand a bit of the process of why I cook Israeli food,” he says. “David’s death, and then the feeling like I was not at home anywhere else but in Israel. Helping to establish identity through tragedy, to find a sense of place and purpose.”

Pastel, a savory meat pie of seasoned ground beef in a boureka dough crust, was David’s favorite dish. He loved it so much that his grandmother Mati refused to prepare it after David’s death; the sense-memory connected with the dish was too overwhelming for her. She made one exception — when Mike brought the crew of Zahav to Israel prior to the restaurant’s 2008 opening.

For Solomonov, the recipe amplifies the notion that healing and long-lasting grief at the loss of loved ones are intertwined; pastel keeps him connected to his brother and grandmother. “Eating, tasting take us to a time and place. I don’t know what other medium has that visceral connection to sense memory than food does,” he says, noting that pastel is the only non-Kosher recipe that appeared in his first cookbook. 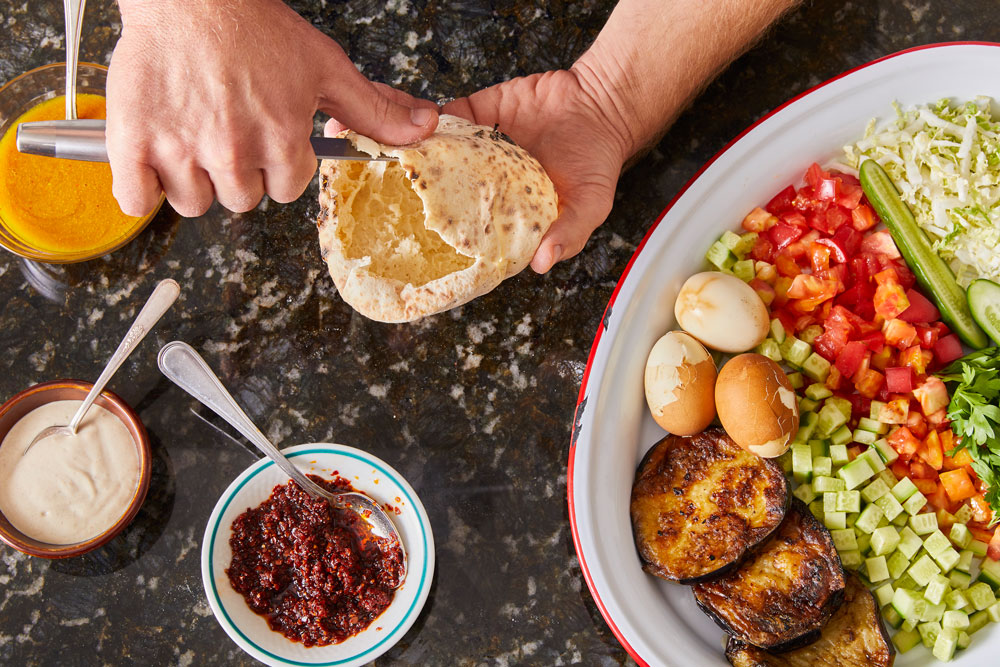 Solomonov’s second recipe, lamb sofrito, traces his family’s roots even deeper into the Jewish culinary diaspora. The Sephardic dish is laced with warm spices, such as allspice and turmeric, rich with onion and garlic. “It’s like the Jewish meat and potatoes. It’s as rudimentary and as soulful as it gets. It tells the story of medieval Spanish Jewry into the Balkans and then into Israel,” Solomonov says.

Each episode is centered around themes such as “Israeli Breakfast,” “The Israeli Bakery” and “Port City of Akko.” He explores the extraordinary culinary depth of Akko (also known as Acre) with Osama Dalal, a chef whose family’s lineage traces back centuries in the ancient city. In another episode, he talks to the musician Ravid Kahalani about the culture and music of Yemeni Jews; Kahalani then plays some hauntingly beautiful music and, after that, Solomonov prepares Yemenite soup and schug. (Episodes are archived, so if you’ve missed a live edition you can go back and watch them all.)

Sharing family memories, even the hard ones, through food is something Solomonov hopes will resonate with everyone, no matter what their background. As for the Pittsburgh connection, Shira Rudavsky, who in previous episodes has served as co-host while Solomonov is cooking, will introduce David’s story — the two were friends from childhood — and talk about Pittsburgh with Solomonov, who lived here from ages 2 to 15. His family’s roots in the city run deep. 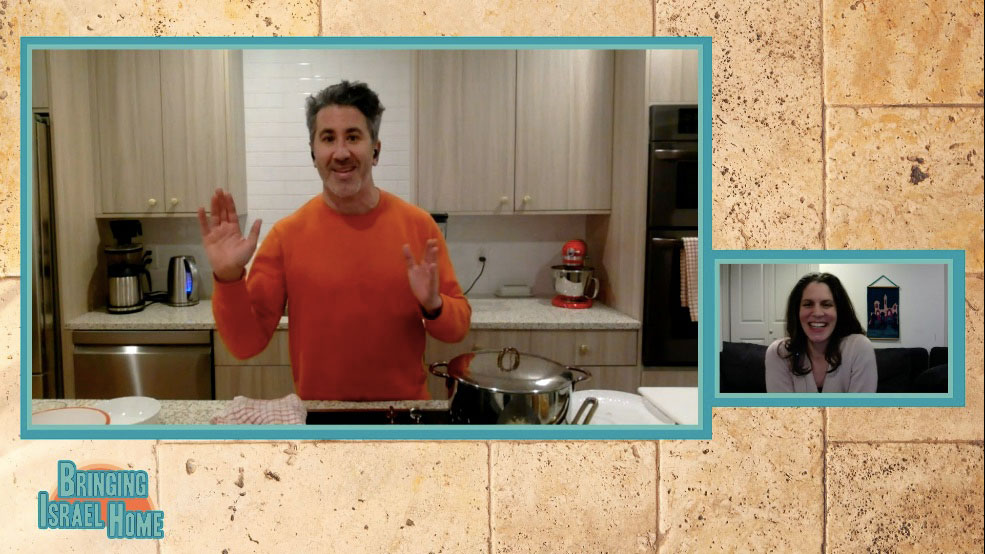 Solomonov’s great-grandfather Max Unger owned a jewelry store Downtown. Unger was 95 when he died in 1985, and his Post-Gazette obituary said “people who know him all use the same word — generous — in describing Mr. Unger.” The same sentiment is often said of Solomonov.

Solomonov’s late mother, Evelyn Solomonov, was a teacher at Community Day School until 1993 when she and the Solomonov family moved to Israel. “She still exists in the hallways of that school,” Solomonov says.

Rudavsky was one of her fifth-grade students. Decades later, a chance encounter at a Philadelphia Whole Foods that began as a reminiscence about Pittsburgh later prompted Rudavsky to introduce Solomonov to her husband, Steve Cook. That introduction sparked a partnership that would help Solomonov and Cook build a culinary empire. The duo’s CookNSolo Restaurant Group operates eight establishments, including Zahav, Abe Fisher, Federal Donuts and Laser Wolf in Philadelphia.

“Cooking food is this act of giving. It’s a language we share with our grandparents, with our children. I’m just a small part of something that’s so tremendously big. I’m honored to be a part of it,” Solomonov says.