Leave Your Diet at Home For Pittsburgh’s First Donut Festival

Between eight and a dozen local bakeries and coffee shops will participate in the inaugural event. 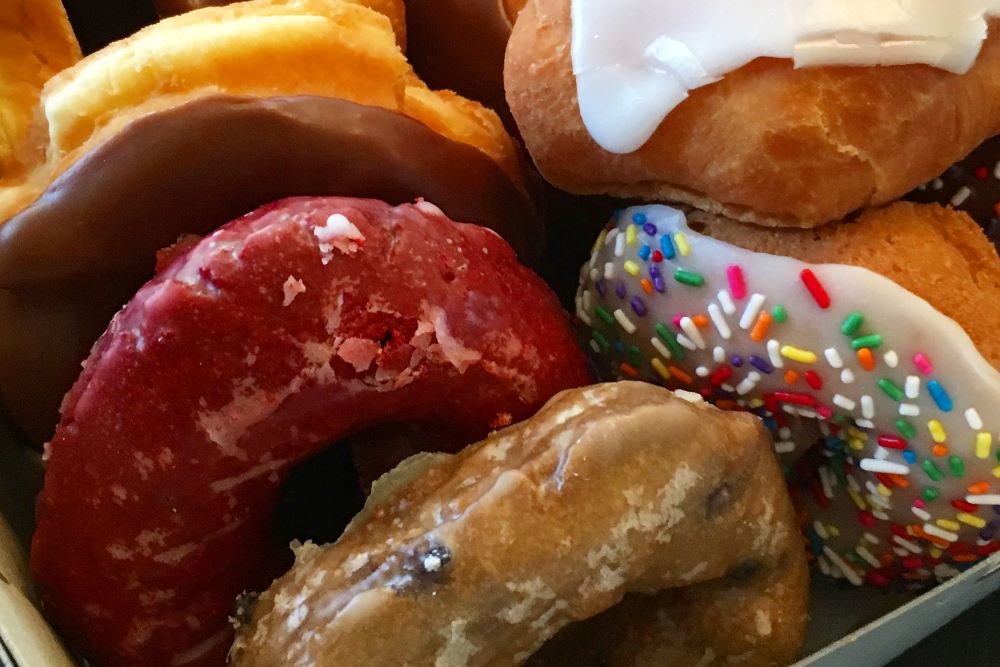 Get ready for a party that would make Homer Simpson stand up and shout “Woo-hoo!”.

The inaugural Pittsburgh Donut Fest will be held Saturday, Oct. 22 from 11 a.m. to 3 p.m. at The Cathedral Room at Saint Nicholas, an event space on Dithridge Street in Oakland. Tickets go on sale at the end of September. Consider the deep-fried festivities an early Christmas gift from Bobalky & Gnocchi.

Since 2014, the Chicago-based food/beverage consulting and event production company has celebrated the iconic pastry with annual gatherings in Illinois, New York, Cleveland and Detroit.

Founder Rebecca Skoch explains that adding Pittsburgh to the list was a hole-in-one.

“I grew up in the suburbs of Cleveland and spent a lot of time visiting Pittsburgh as a kid, and even more when friends attended college there,” she says. “Pittsburgh has such an impressive culinary landscape – there’s a great combination of classic, old-school restaurants and bakeries alongside the newer, trendier spots. The city has so many delightfully creative concepts and such a diverse range of cuisines, and we’re really excited to see what the bakeries have to offer.”

Throngs of guests (there will be 700 tickets available) can forget their diets for the day as they go around the room sampling different donuts and coffees. Vendors will also sell to-go boxes of food, beverages and merchandise.

In addition to eating desserts for hours, visitors can take pictures in a photo booth and dance off the calories with the help of a DJ. Each sweets enthusiast in attendance will then cast their vote for the best donut in the ‘burgh.

Of course, this gluttony is for a good cause. A portion of the proceeds from the event will support non-profit food security organizations in the greater Pittsburgh area. Bobalky & Gnocchi has raised approximately $40,000 through Donut Festivals over the past decade.

“Donut Fest has expanded to a handful of different cities over the years, but we’ve focused on keeping the event the same size,” Skoch says. “We love championing and highlighting local and family-owned bakeries and connecting them with new customers.”

Harold's Haunt, A New Bar With a Ghostly Connection and Inclusive Future