Sousa and his wife, Megan Sousa, depart the Mount Oliver wine shop and restaurant after two months. The establishment will remain open under the direction of executive chef Jonah Frazier. 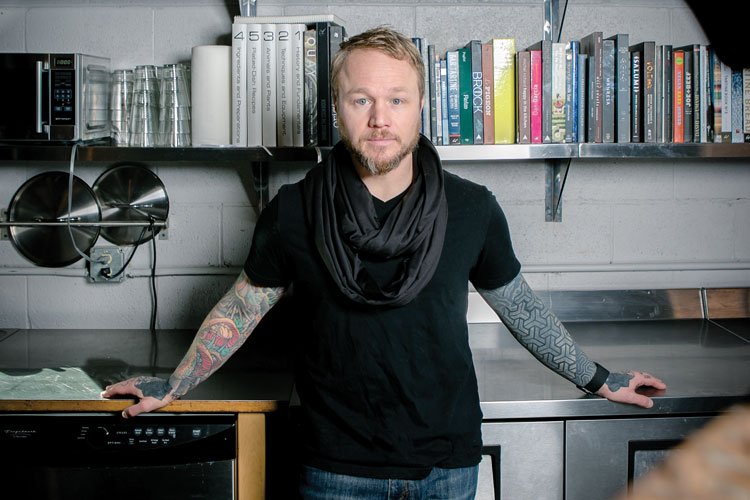 “RE360 hired us to open a restaurant — and that we did.  While we would have liked to have remained on board with this project beyond just opening consultants, the relationship between our vision and RE360’s were no longer aligned,” Megan Sousa wrote in an emailed statement.

Despite the statement, the Sousas involvement in M.O.B. never was billed or intended simply as opening consultants. In fact, Kevin Sousa declared in various publications how this was a passion project for him, even going so far as to say it was his “first real ‘Ratatouille’ moment.” However, as noted in Pittsburgh Magazine’s August story, Sousa has a track record of walking back statements such as these and then moving on to other projects.

“I’m going to hold my comment on that one,” says Joe Calloway, CEO of RE360, the real estate company that owns the building and is a partner in the restaurant. “I’m a real estate guy. I partnered with people who I thought had an expertise and understanding, and they didn’t. We can’t run things on ego.”

Calloway says the disagreements in vision happened rather quickly and came to a head in the last few weeks, noting that offerings such as a $40 pizza (later reduced to $30) weren’t reflective of what would be best for the neighborhood. “All in all, there was never an essence of partnership. Meg’s thing was that there were some disagreements between us, and that’s very accurate. We missed the connection between what we [RE360] wanted to do on the Hilltop and what they wanted to do,” he says.

Pittsburgh Magazine reached out to Kevin Sousa by phone call and text message. Those messages were not returned.

Executive chef Jonah Frazier and general manager Chris Clark are remaining on board at M.O.B.. Calloway says that Frazier’s menu will pivot to small, shareable plates rooted in modern American cuisine, and the chef, who returned to Pittsburgh after a decade in New York City, will also offer a tasting menu. In addition to general manager duties, Clark will oversee the establishment’s wine shop.

Ten days after word of Sousa’s departure, Clark announced the restaurant would close indefinitely so Clark, Frazier and Calloway could develop a new vision for the eatery.

“I feel really good. Change is hard but there’s an energy between Chris and Jonah. There’s good energy in Mount Oliver. This has lifted us to be able to move forward in a more positive way,” Calloway says. “I might have made some mistakes by letting things go that weren’t as accessible as we wanted them to be. We’re trying to correct those mistakes. We’re trying to learn and change.”

Calloway adds that he continues to move forward with Arlington Beverage Club, albeit without Sousa. That establishment, he says, likely will open early next year.