Harold’s Haunt, A New Bar With a Ghostly Connection and Inclusive Future

Billed as a “They-Bar,” the spot will be a safe haven for the LGBTQIA+ community. 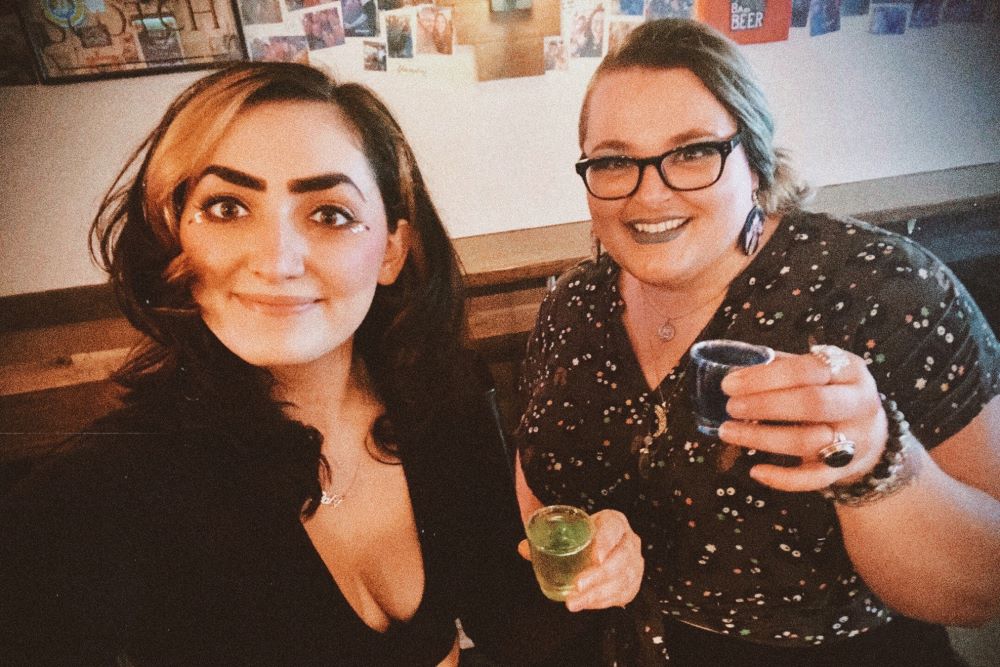 When Athena Flint and Indigo Baloch opened Maude’s Paperwing Gallery in Millvale in February 2021, they unknowingly inherited one hell of a tenant.

Harold, a malevolent spirit, makes electronic devices go haywire in an attempt to kill the queer vibes radiating from the metaphysical gift shop.

So, the friends named their new “They-Bar” after him, complete with a logo featuring a curmudgeonly Casper.

Located at 142 Grant Ave., less than a block from the store, Harold’s Haunt is a spooky-themed haven where members of the LGBTQIA+ community can find eclectic food, beverages, events and other empathetic souls.

Flint and Baloch decided to expand their business when they heard the owners of Howard’s Pub, vocal advocates for LGBTQIA+ rights who helped launch the inaugural Pride Millvale festival, were shutting down. Unwilling to lose a community hub, the witches stepped in for a spell.

“We are queer women and we have a lot of staff who are non-binary and trans,” Baloch says. “We did a lot of research and found that most gay bars cater to white, cisgender men. We want to be something different. We want everyone to feel like they’re walking into a magical place.”

Before the final sale goes through and a grand opening celebration is held later this year, the Maude squad is leasing the space from Howard’s, raising money for the project through a GoFundMe campaign and doing pop-ups at the pub on Wednesday nights. This week, in honor of Millvale Days, which runs Sept. 15-17, they’ll host ghoulish get-togethers from 6 to 11 p.m. Wednesday through Friday and 11 a.m. to 11 p.m. Saturday. Stay tuned to social media or subscribe to Maude’s mailing list for updates on regular hours and frightful festivities. 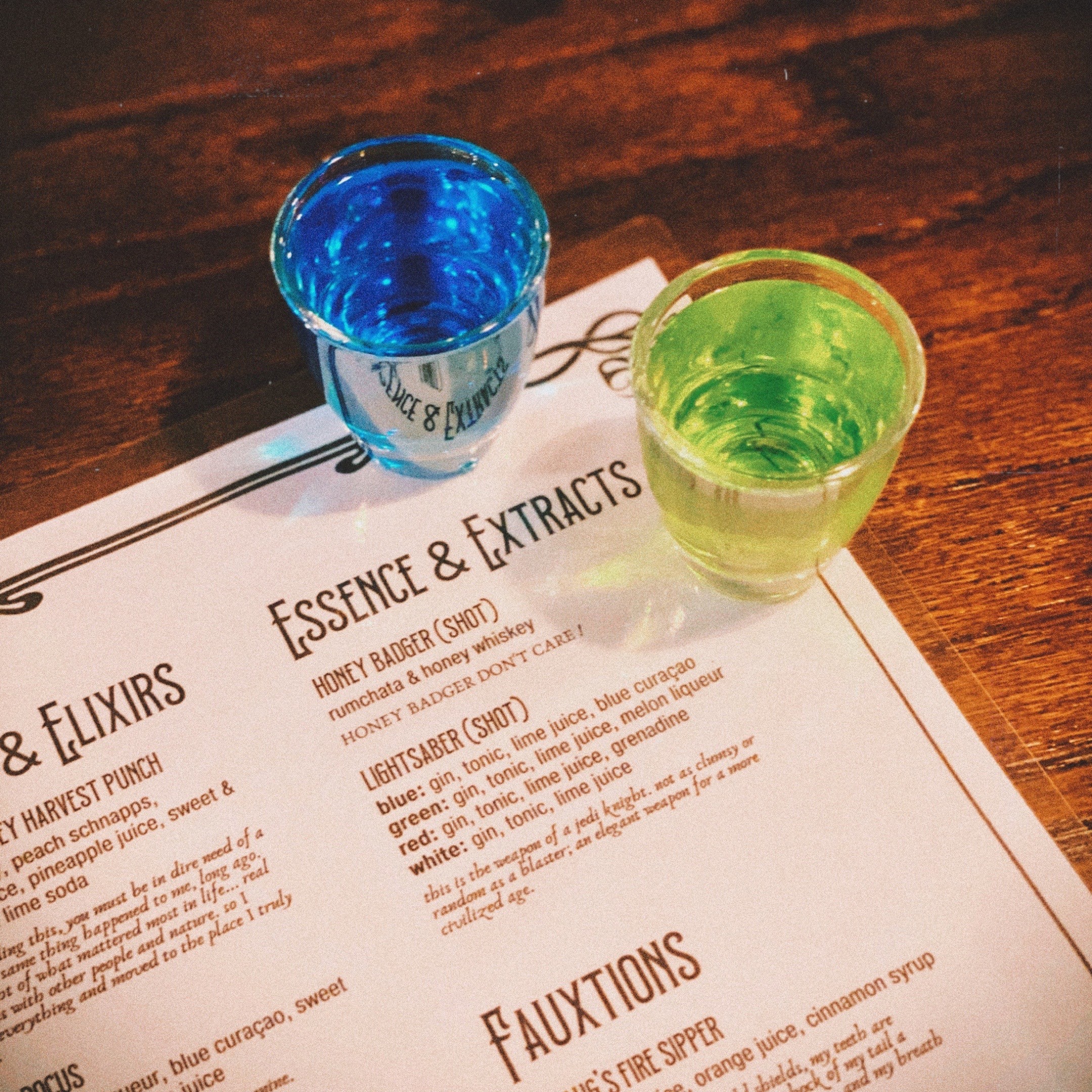 Rebekah Coffey will be in charge of slinging drinks. A veteran bartender, volunteer firefighter and former high school art teacher, she went from being a Maude’s customer to a vendor to an employee. She brings a creative flair to the cocktail menu. Look for funky glassware and even edible glitter when you belly up to the bar.

Potions include The Librarian, a mix of outlander tea from nearby Abeille Voyante Tea Co., cinnamon whiskey, honey and lemon. Since September is Love Your Library Month, $2 from every sale of the libation will be donated to the Millvale Community Library.

In addition to boozy concoctions, hand-crafted “Fauxtions” will always be available at Harold’s. From Regeneration Energy (Sprite, Red Bull and pineapple juice) to The Fangtasia Special (strawberry soda, blood orange syrup, Hawaiian Punch), there’s a mocktail to suit your mood without altering your mind.

Jasper Flint, Athena’s sibling who identifies as they/them and coined the phrase “They-Bar,” will work their magic in the kitchen, which is currently equipped with pizza ovens and air fryers.

A graduate of the New England Culinary Institute, they are upping the bar food game with pop-culture-inspired eats such as The Hobbit Pizza, a pie with mushrooms, feta cheese and red onions, and Calcifer’s Coals, crispy tofu bites with sweet chili dip that’s a reference to “Howl’s Moving Castle.” 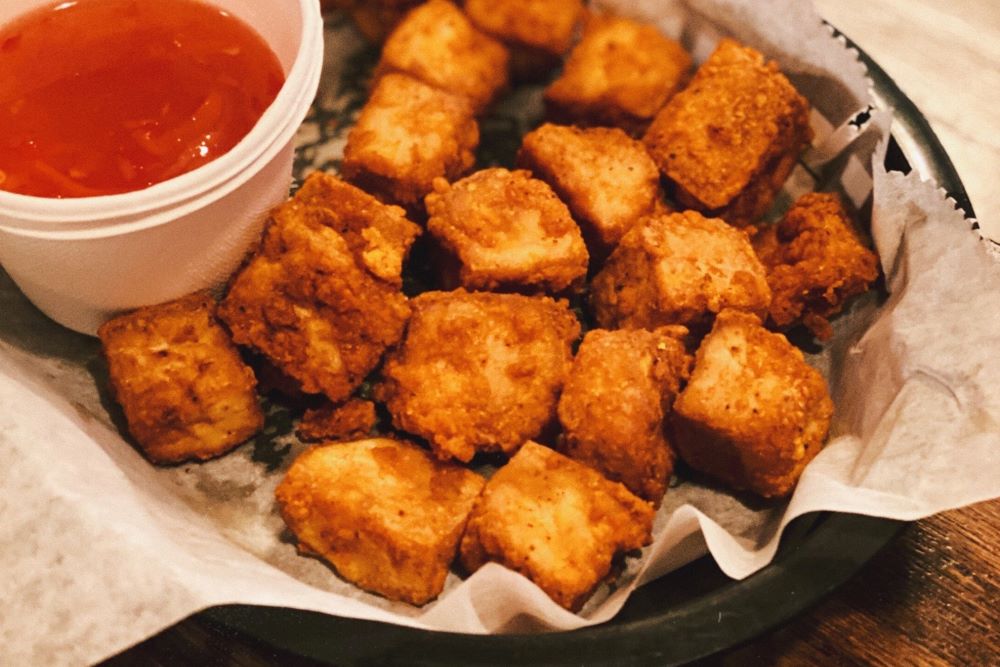 Food orders will be designated by tarot cards placed on tables, so don’t be surprised if you hear, “I have a pizza for The High Priestess!” emanating from the kitchen.

TVs at the bar will be tuned to cult shows and movies instead of sporting events, so you can geek-out while watching “Buffy the Vampire Slayer,” “Battlestar Galactica” or “The Golden Girls.”

The owners also want to build a stage for musical performances, karaoke, comedy, poetry readings and drag shows co-produced with neighboring queer business, Glittersty. Baloch, who has been booking shows on the scene since 2013, says there are exciting things planned for the Halloween season at Harold’s.

Maura McManus, Maude’s Magician of Logistics, is in the process of redecorating the pub to look like a cross between a Victorian-era speakeasy and Disney’s Haunted Mansion. Despite the monster theme, Flint and Baloch say their establishment will be a family affair, with kids welcome to sit and sip one of their NA elixirs. 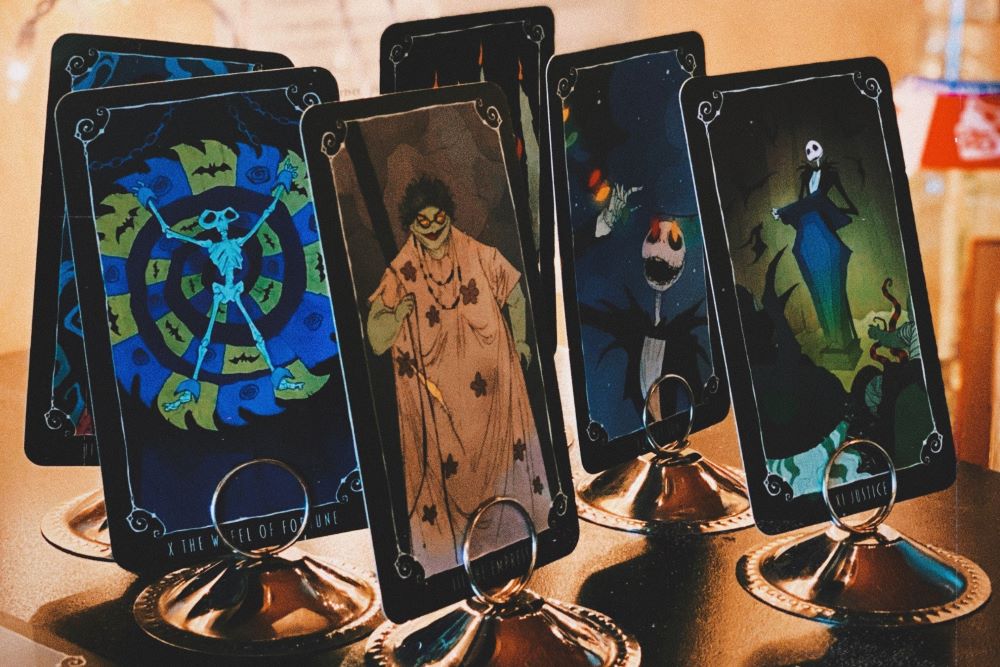 During the day, the space, which includes a back patio, will operate as a coffee shop run by Lemon Tree PGH, an indie record label with a line of caffeinated beverages. Their company name is a reference to the “Lemon of Troy” episode of “The Simpsons,” so they fit in with Harold’s pop culture-nerd aesthetic.

For more than a year, Jason Hosterman and the husband-and-wife team of Bobby Smith and Sam McCoy Smith have been holding coffee pop-ups throughout the borough and regularly stock the library’s free fridge with 8-ounce bottles of cold brew. The whole time they’ve been searching for a Millvale-based brick-and-mortar where they could set up shop.

By mid-October they hope to do a soft launch of their coffee program, which utilizes beans from Steel Cup Coffee Roasters in New Kensington. Bobby Smith says they’ll also offer espresso, flavored beverages and baked goods, including lemon bars.

As the temperature cools and autumn creeps back in, Flint and Baloch often find themselves up at 3 a.m. — The Witching Hour — conjuring up new ideas for their inclusive bar. Harold is welcome to haunt the place … once he ditches the homophobic attitude.