We have details on what will happen when the popular restaurant moves to the former Six Penn Kitchen location. 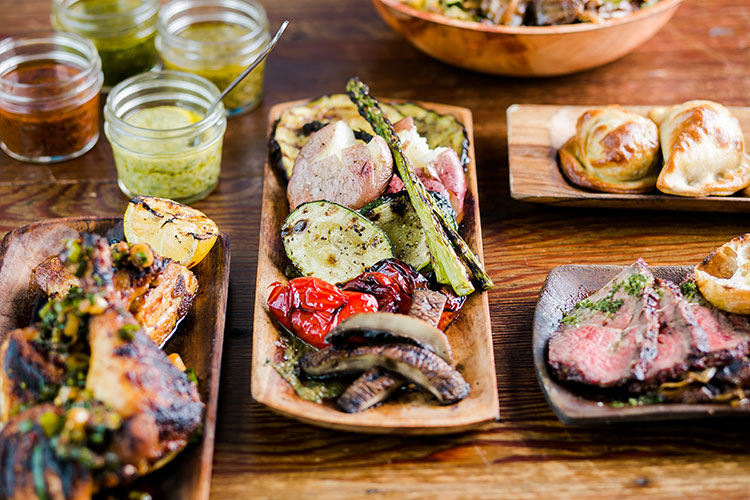 The enticing smell of meat roasting over a wood-fired grill has been a fixture on Penn Ave. in the Strip District since Gaucho Parrilla Argentina opened in 2013. Lines of hungry eaters snaking up toward the 16th Street Bridge became the norm when the popular restaurant expanded into the neighboring building in 2015.

All of that is set to change as Gaucho will move to the former Six Penn Kitchen space Downtown later this year. “We have big hopes to continue and expand the life that is Gaucho. And we hope that this shines through in the new iteration of what we are doing,” says owner Anthony Falcon.

The Six Penn space, which has sat vacant for nearly two years, will allow the Gaucho team to expand its current offerings. Falcon says he is still early in the process of honing in on the specifics, but with a significantly larger kitchen, he’ll be able to add items such as house-made charcuterie to the menu. And while tableside service won’t be formal, guests will sit down at a table first rather than ordering prior to seating as is the case in its current location. “Think of us more as mobile cashiers,” Falcon says.

There also are two bars in the space. One of those will be open to the public; there, he’ll offer a small list of bocados. The other space will be the new iteration of an events space called The Bodega. Falcon also envisions an echo of the original “Baby Gaucho” concept, which will allow customers can call ahead (or walk up) to a counter for a to-go order, which also will include the option to purchase bottles of wine or mix-and-match beer.

“Our goal is always to make the experience more well-rounded and more comfortable for our guests. But also for our crew. And this space is going to be great for them. They are the heart and soul of Gaucho,” Falcon says.

Gaucho’s Strip District location will remain open for now, but Falcon isn’t yet sure what will happen once the Downtown space opens, which, as of now, is on track to happen in the late spring or early summer. “I’m the son of two immigrants, and the Strip has always felt like home. It’s part of our heritage and we want to maintain a presence there in some fashion,” he says.