The Meyer-Grelli family helped craft spirits blossom in Pennsylvania when they opened in the Strip District in March 2012. 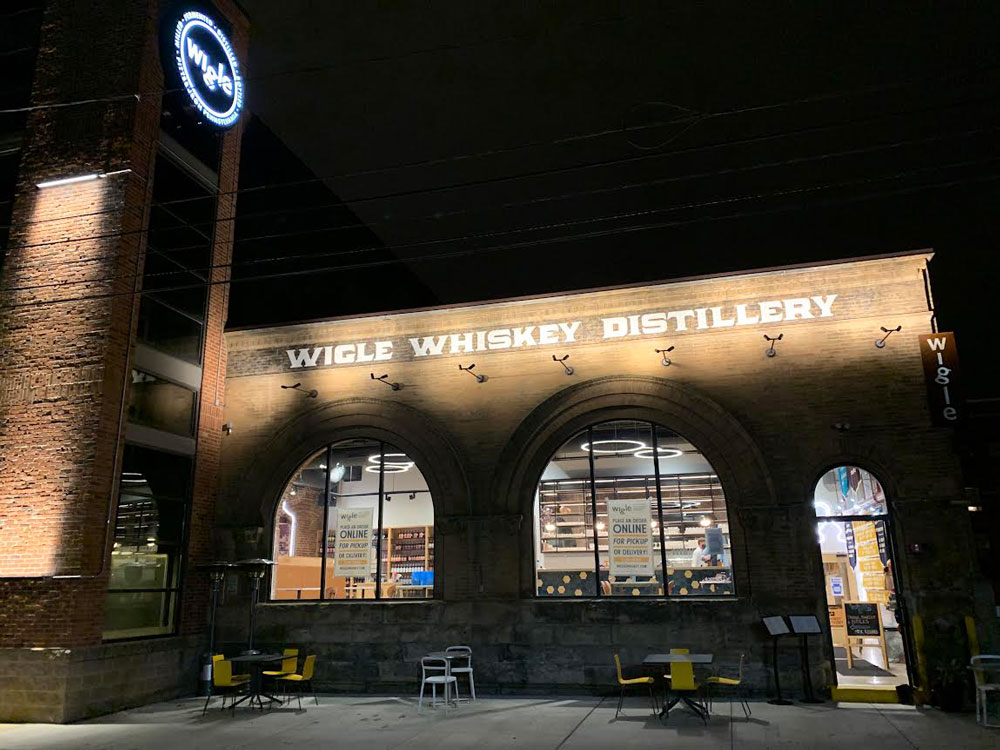 Western Pennsylvania may have been the birthplace of commercial whiskey production in the United States, but there wasn’t an operating distillery inside Pittsburgh’s city limits between Prohibition and the day in 2010 when the Meyer-Grelli family decided they wanted to open one in the Strip District.

“It was this special moment nationally, and Pittsburgh was a big part of this, when people who were interested in community and creativity were expressing that passion in food and drink,” says Wigle Whiskey co-founder and co-owner Meredith Meyer Grelli. She opened the distillery with her husband, Alex, her parents, Mark and Mary Ellen Meyer, and her brother, Eric Meyer, in March 2012.

In the decade since, Wigle’s team has developed more than 150 products ranging from straightforward distillations such as rye, Dutch-style gin and brandy to whimsical releases such as Eau de Pickle, a briny spirit macerated with dill, garlic, mace, mustard, caraway, and coriander. They picked up numerous accolades along the way, including heaps of medals from the American Craft Spirits Association and 2018 and 2019 James Beard Award Outstanding Wine, Beer, or Spirits Professional semifinalist nods for Grelli (Alex Grelli shared the honor in 2018).

And they’ve done it while bolstering the region’s organic agriculture economy to an exceptional degree. The distillery has been transformational in supporting small farms over the past decade. Wigle is the largest purchaser of organic grains in the area, sourcing about 500,000 pounds annually from Pennsylvania, eastern Ohio and western New York farmers.

There were only two craft distilleries in Pennsylvania at the time of Wigle’s formation — Philadelphia Distilling began distributing Bluecoat Gin in 2005 and, locally, Glenshaw’s Pennsylvania Pure Distilleries introduced Boyd & Blair vodka in 2008. Both of those businesses operated on the same model as the national brands by selling their spirits to the Commonwealth for purchase at its Fine Wine & Good Spirits stores, a strategy that would be challenging for a new distillery with minimal output to break into.

“All we were going to have to offer back then were bottles of white whiskey,” Grelli says.

The family looked in a different direction, taking inspiration from smaller wineries that sold bottles directly to consumers. The only problem — it wasn’t legal to do that in Pennsylvania. 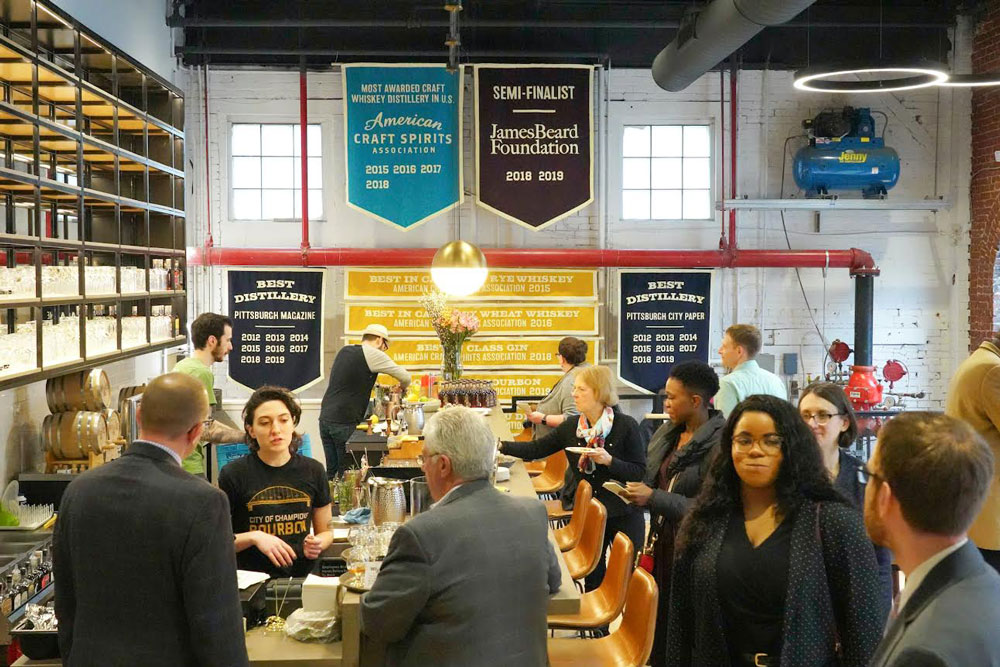 So while Wigle’s copper still was being built in Germany, the family spent two years lobbying the legislature to change the law. At the end of 2011, Act 113 passed, allowing what’s now known as “limited distilleries” (production of up to ​​100,000 gallons of spirits per year) to distribute directly to consumers. A few months later, Wigle was the first distillery operating within the city of Pittsburgh and the first in the Commonwealth to offer direct distribution.

Over subsequent years, Wigle’s owners worked alongside other small distillers to continue to reform liquor laws to allow for easier access, including one provision which provided distillers the ability to sell their product at as many as five satellite locations. Wigle currently has outposts at the Ross Park Mall and Pittsburgh International Airport (scheduled to reopen soon) and previously operated at the Omni William Penn Hotel Downtown and its Spring Garden barrelhouse.

“One of the things we’re proudest of is helping to change the system to allow for the growth of this burgeoning distillery ecosystem that has built up over the past 10 years,” Grelli says.

(That system sure has grown, according to an article published last week in the Post-Gazette.)

The company now employs 80 people, 50 of whom work full-time. While that number is down slightly from its pre-pandemic level, Grelli says Wigle now is in the process of scaling up again. Wigle expanded its original Strip District location to include a tasting room, bottle shop and restaurant in March 2020, but the space shut down a week after it opened due to the coronavirus pandemic safety measures. Now, the building is finally running at full steam with a full-service restaurant that serves dishes such as poached pear salad, duck confit tacos and crispy cheese curds. 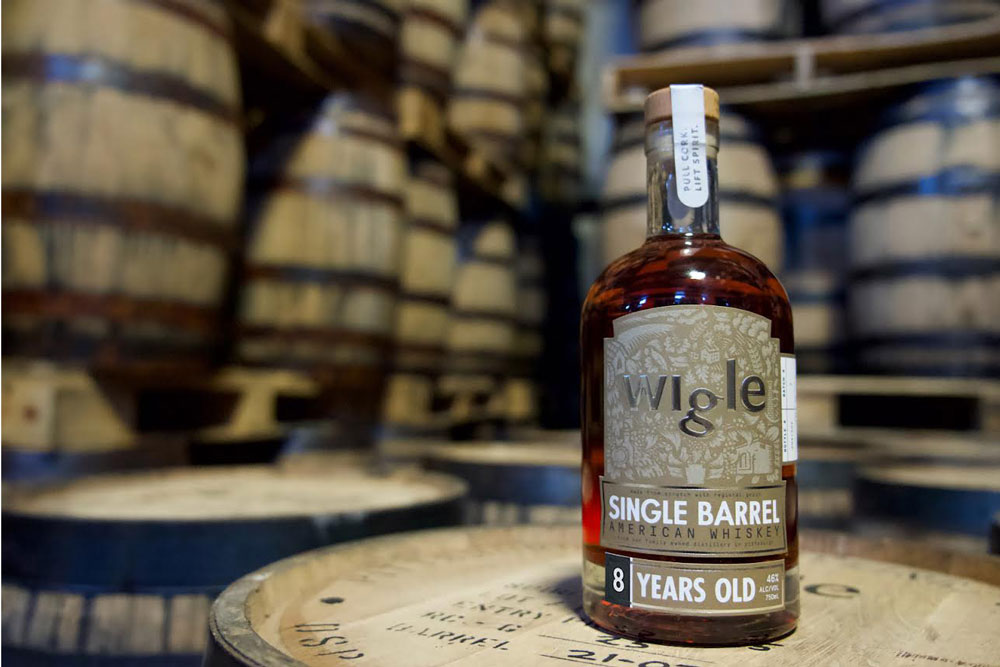 Grelli says Wigle will continue to innovate with its products, but it’s now moved into a deeper phase of whiskey development, too. The bulk of Wigle’s production — at least 85 percent — is now centered on longer-aged rye and bourbon lines, focusing on aging those spirits in 53-gallon barrels for at least four years. The process takes longer than small-barrel aging and requires a lot of space to sit on the investments (Wigle’s North Side barrel houses are storing the equivalent of approximately 350,000 bottles of whiskey), but it produces a significantly rounder flavor profile.

“Getting to those age statements is a real mile-marker,” Grelli says.