Best of the Burgh: Salvadoran Cuisine Takes the Market 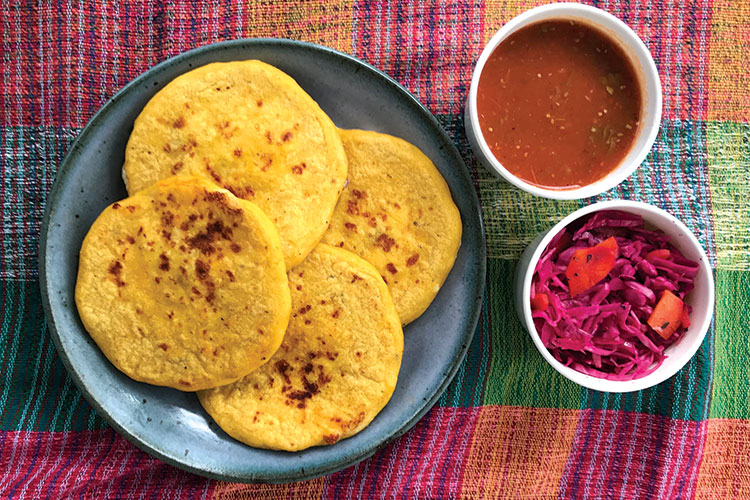 With her breathtakingly delicious pupusas, tamales and enchiladas salvadoreña, Marcella Ogrodnik is proving to Pittsburgh that a chef can brandish culinary gusto from a table at a farmers market. And, Ogrodnik is doing more than serving some of the best food in the city at Café Agnes, her year-old pop-up. She is telling the story of her Salvadoran heritage through her cooking.

The Culinary Institute of America graduate with a resume that includes positions at Cure in Pittsburgh, the French Laundry and Ramen Shop in northern California and High Street On Market in Philadelphia is a dual-citizen of the United States and El Salvador. Currently, that Central American country makes the news in the United States most often via xenophobic commentary about drugs and murder from right-wing politicians. Ogrodnik aims to tell a different story. 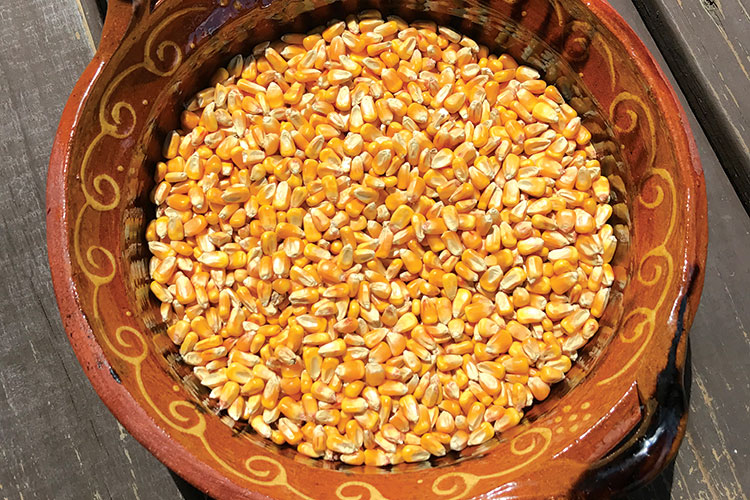 “That was my initial goal, to bring an awareness of Latin culture in a positive light,” Ogrodnik says. “Food is a vessel for talking about culture. Bringing more understanding of El Salvador through its food is something that I’m proud of.”

At the heart of Ogrodnik’s operation is masa — a dough made from nixtamalized corn. Nixtamalization, a technique of treating corn with an alkaline compound such as slaked lime (calcium hydroxide) dates back thousands of years; the process changes the structure of the kernel to make it more nutritious and digestible. Ogrodnik mills the treated grain into masa in a molino. “The best way to put it is that it’s kind of like making a pastry, like bread making. Every single step is crucial to sourdough, and it’s the same with making masa. You can’t cover up your missteps,” she says. 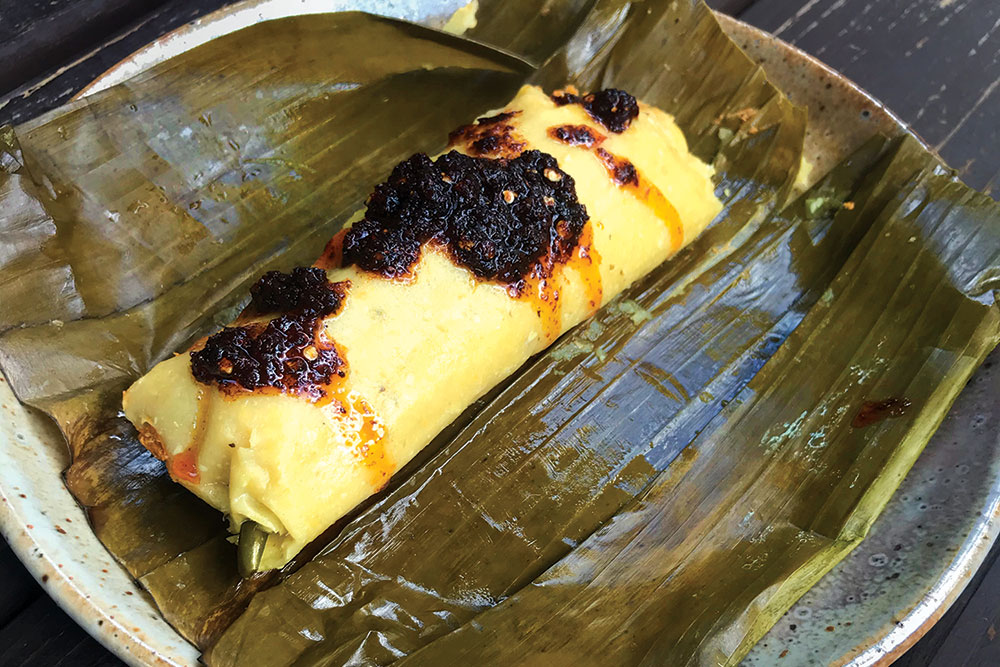 Tamales are one of the oldest food preparations in the world, dating back to at least 5000 B.C. and, likely, thousands of years prior to that. Ogrodnik stuffs hers with combinations made from ingredients indigenous to Mesoamerica such as squash, post-Columbian imports such as roasted pork and contemporary farmers market crops such as garlic scapes. Pupusas are slightly more modern inventions — the historical record dates them to approximately 2000 B.C. Ogrodnik’s griddled corn cakes are stuffed with a similar mix of classic and market preparations. All come with her homemade salsas, which include dank, earthy salsa negra, bright salsa roja and complex, nuanced salsa relajo.

When Ogrodnik launched Café Agnes, she wasn’t sure if Pittsburgh was going to embrace a cuisine that often gets lumped into a pan-Latin food category incorrectly labeled “Mexican food.” The enchiladas she’s started serving, for example, are called tostadas in other Latinx culinary landscapes. “Are people going to get confused?” she wondered. “Will they throw a fit if they get something that isn’t what they think it is?”

By-and-large, most people haven’t. And that’s a good thing because embracing new foodways is part of walking a path leading us to a more understanding, less ethnocentric society. “This year, I’m going to be even more unapologetic about my food,” Ogrodnik says.