Best of the Burgh Readers’ Poll Winners in Drinks & Beverages

We spotlight the creative crafting and commitment to community that are at the core of this popular Pittsburgh distillery. 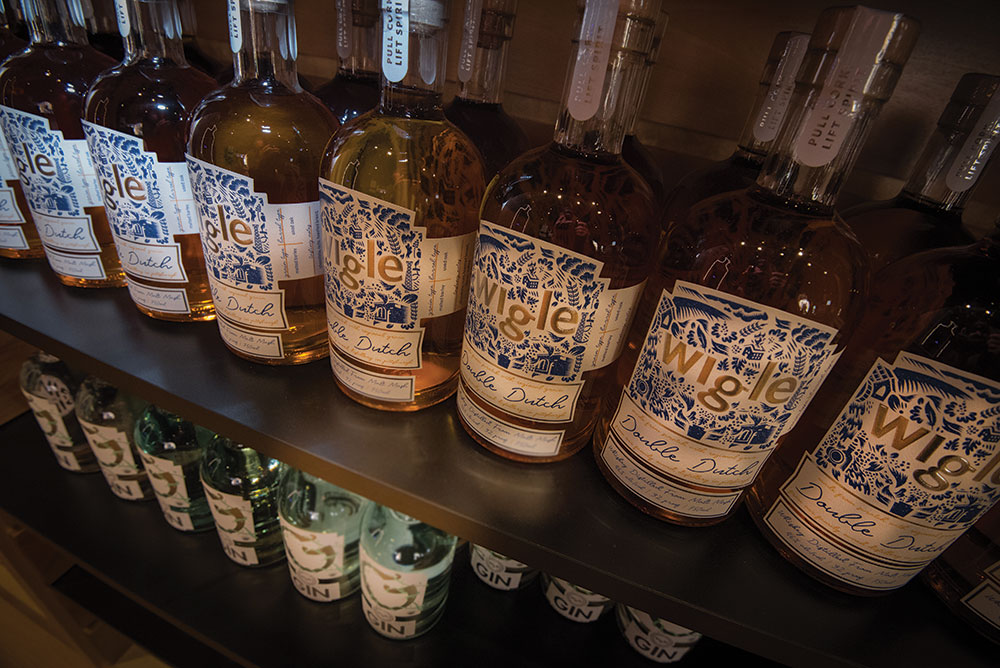 Even before they fired up their Strip District copper still in November 2011, the Meyer and Grelli families, owners of Wigle Whiskey, were on their way to becoming a dominant force in changing the region’s alcohol and agricultural economies. Over the last nine years, they’ve helped to reshape those fields while filling Pittsburghers’ cups with merriment and mirth.

“When we started on this craft spirits movement, there was a lot of infrastructure to put into place. That has evolved so much over the last 10 years. Now, we are part of a pretty impressive community of craft distillers,” says co-owner Meredith Meyer Grelli.

Wigle’s spirits aren’t just coming from recognition as the Best Distillery among Pittsburgh Magazine readers; those libations also have caught the attention of the American and international craft-distilling community. Wigle’s distillers have won heaps of awards — including the most overall, five times over, from the American Craft Spirits Association’s annual contest. Grelli and her husband, Alex, were 2018 and 2019 James Beard Award Outstanding Wine, Spirits, or Beer Professional semifinalists, too.

At the core of Wigle’s portfolio is the spirit that helped build the economic foundation of western Pennsylvania — rye whiskey. Early European settlers grew rye because the cereal grain was best suited for the region’s climate, and they distilled it into whiskey because the value-added product was easier to store and transport than the grain itself.

Over the years, however, Wigle’s production has expanded to include excellent versions of commonplace spirits such as gin and bourbon, old-time regional favorites such as apple brandy and a host of one-off novelty spirits. It speaks to the restless creativity coming from the staff and owners. It also means the Wigle Whiskey now purchases more regionally grown ingredients than any distiller in the area. “We have a ridiculously broad portfolio. When people look at that, they could say it’s inefficient. But for us, it’s part of the essential character of Wigle,” says Grelli.

Community outreach and education are the other tiers that make Wigle what it is. The team intentionally designs all of its spaces — the Barrel House, Threadbare Cider and, most importantly, its newly refurbished and expanded original Strip District location — with education in mind, and the distillery’s 10-year partnership with the Heinz History Center will have a lasting legacy on region’s spirited history. On top of that, Wigle typically hosts more than 200 community fundraisers every year and works with scores of nonprofits and community organizations throughout the community.