Allegheny County Executive Rich Fitzgerald says he might be open to some relaxation of the new restrictions. 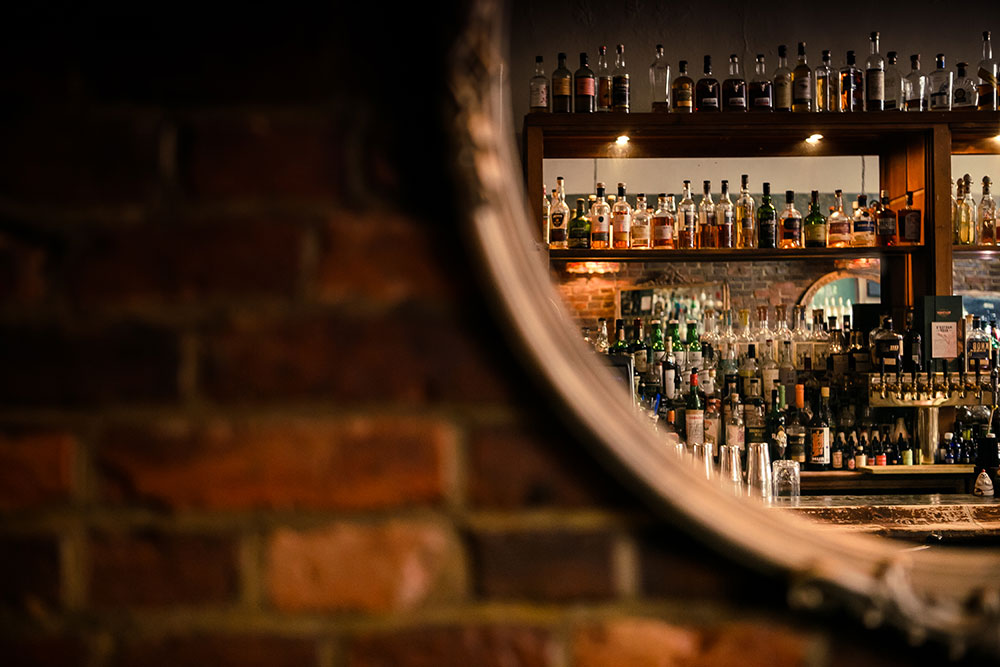 [Update, July 2: The Allegheny County Department of Health announced today that on-premise service on any kind will be suspended for one week, beginning July 3 at 12:01 a.m. Takeout and delivery are still allowed.]

Allegheny County Executive Rich Fitzgerald’s June 28 decision to prohibit on-premise consumption of alcohol at restaurants and bars for the foreseeable future was the latest blow to an industry struggling to get on its feet since Gov. Wolf moved the country to the “green” phase on June 5.

While many restaurant-goers are doing their best to adhere to state guidelines such as wearing a mask unless seated at a table, front-of-house workers, often women and POC, report that others behave as if the regulations ought not to apply to them. Among other actions, guests have verbally assaulted servers, spit on managers and threatened physical violence when told to wear a mask.

“The public, in a large way, doesn’t understand how it sends a message that they do not care about our bodies when they are behaving like that. It’s alarming how many people want to put us in a position where we have to worry about our safety,” says Maggie Meskey of the Richard DeShantz Restaurant Group.

On top of that, a cohort of bar and restaurant owners chose not to enforce physical distancing rules such as no standing at the bar and limits on the number of people in indoor spaces, and, in some circumstances, have allowed the clustering of large groups as if it were spring-break-forever.

Now, there is a significant spike in COVID-19 cases in Allegheny County, linked primarily to revelers gathering in bars in the South Side and Oakland, as well as from travel to states such as Florida and Texas. That spike led Allegheny County Executive Rich Fitzgerald, in consultation with Allegheny Health Department Director Dr. Debra Bogen, to issue the prohibition on the sale of on-premise alcohol consumption for an as-yet-undetermined time.

“The science prompted this. For the last four days, we’ve set records in Allegheny County. The health of our community is being put at risk. The Health Department needed to take action immediately,” says Fitzgerald.

The overarching provision took restaurant owners by surprise. “They could have focused on bars that are sardining people into them. Instead, they made a split decision that affects all bars and restaurants. But bars and restaurants are completely different places,” says Carmella Salem, co-owner of Salem’s Plates and Pints. Her East Carson Street eatery stands in contrast to the many party bars that line the same stretch. 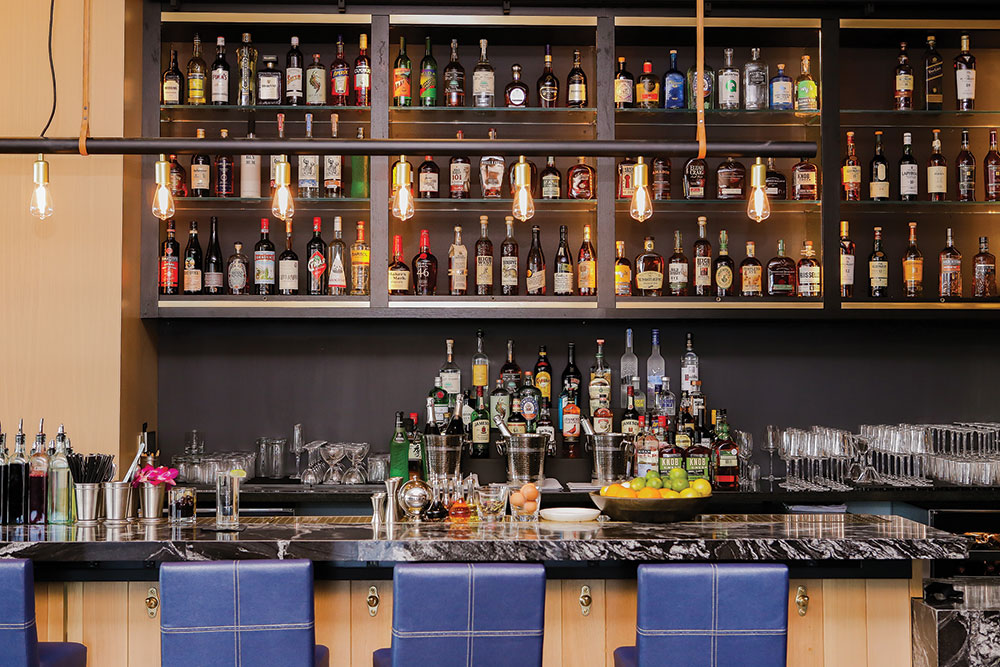 Fitzgerald says a blanket prohibition, rather than a targeted one, was necessary because of how rapidly COVID-19 can spread. Plus, Fitzgerald says, “You also have restaurants that are flouting the rules. Publicly saying they were not wearing masks.”

The move is the latest challenge for an ever-changing restaurant industry. In the days following the announcement, numerous establishments rolled back hours or decided to return to takeaway only menus.

“We feel like we’re in a boxing match right now, trying to stop ourselves from being pummeled,” says Martina DiBattista, general manager of Vivo in Sewickley.

The 20-year-old family business, owned by her parents, Sam and Lori DiBattista, is doing all the right things: employees have their temperatures taken prior to each shift and wear masks throughout; capacity is limited to 50 percent, and no standing is allowed at the small bar; high-touch points are sanitized every hour and tables between guests; and, the owners keep records of who comes and goes in case contact tracing becomes necessary.

Alcohol sales help boost the bottom line for a restaurant. Vivo tried a to-go cocktail program, but it hasn’t been popular. The DiBattistas were hoping guests ordering a bottle of wine at dinner might help keep the restaurant afloat. For a few weeks, it was. But there were upfront costs, too. “We just renewed our liquor license at the beginning of the year. It’s not a cheap thing to pay for. Are we going to be reimbursed for paying for something we can’t use?” DiBattista says.

Bill Fuller, president and corporate chef of big Burrito Restaurant Group, notes that with the opening of 50 percent dine-in capacity plus takeout sales, his company is back to a break-even point with its finances. Now, he says, they’ll return to running at a loss. And his employees, who already were putting themselves at risk by interacting with the public, will take a hit, too. “Our servers and bartenders who have been there on the front lines, dealing with the public, their tipped earnings are going to be cut way down because of this. And, many of them are going to have to go back on unemployment because of this,” he says.

Fuller believes because the terms of opening were set as guidelines and not sterner regulations, unfaithful actors had nothing stopping them from grabbing profits. “The guidelines were handed down with zero enforcement behind them. If there was some kind of penalty or even targeted enforcement, people on the edge might have complied,” he says.

“That’s something you’re going to see now. There is going to be much quicker enforcement. When the health department gets information, they will shut an individual establishment down,” Fitzgerald says.

Fitzgerald says that with stepped-up enforcement punishing owners that violate the rules, some easing of restrictions could be possible in the not-too-distant future, though no timeline has yet been set. He is meeting with representatives of the region’s restaurant economy later this week to discuss possible paths forward.

“I realize there are differences between establishments. And there could be some relaxation with restaurants. We want them to open. We want them to be successful,” he says. However, he cautions, “We don’t want to see other parts of the economy shut down. We can’t let one industry wreck everything else in the economy.” 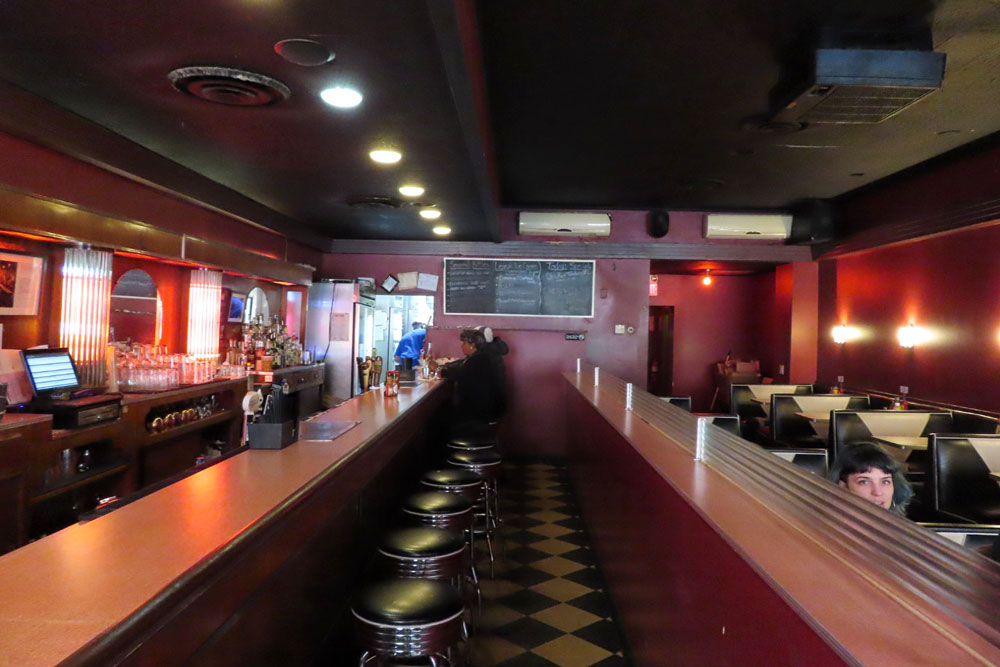 The specifics of how a relaxation might look are still to be determined. The emergent science from the CDC and other sources indicates that viral spread is exponentially increased indoors. On top of that, drinking indoors puts front-of-house staff at risk as managers, servers and bartenders are forced to be rule enforcers, dealing with intoxicated guests who, particularly after a few rounds, think themselves immune to the pandemic or above the rules. To that end, a rollback in many parts of the United States for indoor bar service, and even indoor dining, is trending as a means to protect public health. That feels like a good idea.

Outdoor dining, on the other hand, appears to be safer as long as it is properly managed. Fitzgerald says he likely would be open to allowing some on-premise consumption, particularly outdoors, with guidelines such as requiring guests to be seated to be served, limiting table capacity and limiting hours that alcohol can be served.

Fitzgerald says he and Dr. Bogen are going to look at the number of new cases in the next few days to inform the decision.

For restaurants such as Vivo, the decision to find a way to allow for limited alcohol service can’t come soon enough. “People are going out to celebrate birthdays and anniversaries. To reconnect with friends they haven’t seen in months. And part of that might include having a drink,” Martina DiBattista says.