A Pittsburgh Firefighter Brings Pizza To The People

Steve Mason’s passion for the perfect pie and dedication to community service have inspired a project that gives a little lift to those who could use it. 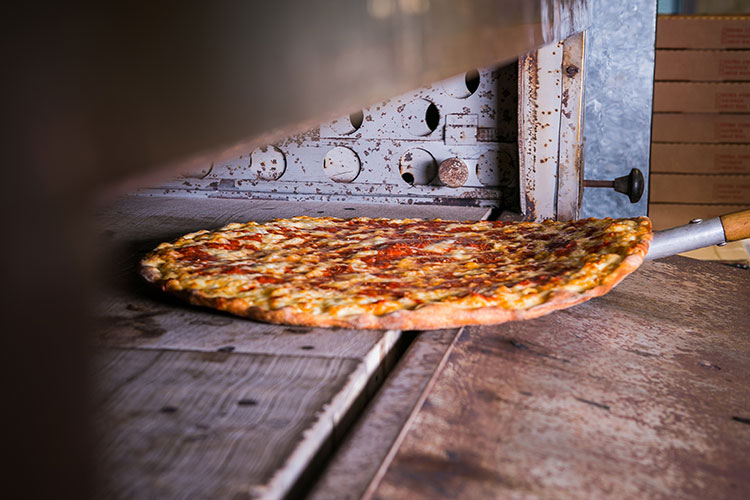 Steve Mason, a City of Pittsburgh firefighter and former paramedic, spends a lot of time refining his ideal pizza pie when he’s not working to serve the community. It’s a hobby that’s becoming a long-term goal — Mason plans to open a pizzeria someday.

But he’s not picking out the checkered tablecloths for his pizza parlor right now. As the COVID-19 crisis sparked profound isolation and financial stress around the world, Mason decided to launch a project fusing his dedication to community service with his love of pizza: Pizza To The People.

“Pizza is the ultimate comfort food. And that’s something we need right now,” he says.

Pizza To The People is as straightforward as its name suggests. Mason purchases pizza and gives it to community organizations. Or, he donates money to pizza shop owners who earmark it to make pies for people they think could use a lift. To date, Mason has worked with eight area pizzerias: Colangelo’s, La Pizza Bella, Fiori’s Pizza, Fazzio’s Pizza, Slice on Broadway, Pizza Taglio, Aiello’s Pizza and Angelo’s Pizzeria.

The idea for Pizza To The People was sparked when Mason visited Rosa’s Fresh Pizza. This now-closed Philadelphia slice shop offered customers the opportunity to donate a dollar (or more) to pass on some kindness to those who could use a helping hand. Mason planned to implement a similar plan when he opened his pizza shop but decided to get it going now because he saw an immediate need for comforting nourishment.

The Lawrenceville native donated pies prepared at Fazio’s Pizza to St. Augustine’s Plaza, a residence for senior citizens in Lawrenceville; Mason’s grandmother, Chloe Scaramuzzi, lived there until she passed away. “They are 100 percent shut off from the development of Lawrenceville. They have no relationship with the businesses there. So nobody’s really done anything for them,” Mason says.

And he’s established a relationship with Third Avenue Gym, a Downtown operation with a focus on teaching boxing to youth from economically disadvantaged neighborhoods. Those kids were living with food insecurity prior to COVID-19, and the pandemic has exacerbated the situation. Mason worked with Fiori’s Pizza to bring them a pile of pies, and he also purchased a supply of snack foods and other household items. “It is amazing to see the greatness and the kindness of people when things are at their worst. Steve has been an angel for me and the kids,” says Third Avenue’s coach, Jim Hoy.

Baby Loves Tacos co-owner Zach Shell got involved after seeing the Pizza To The People Instagram account. Together, they donated food to Third Avenue Gym and Millvale Boys and Girls Club, among other places. Shell plans on bolstering the good deed with one of his own — Tacos To The People. And Mason recently expanded his outreach beyond pizza by paying it forward to others in the Pittsburgh community who are looking out for those who could use a boost, donating money to Rocky’s Cafe and The Vandal, for example. It’s all funded by an ongoing GoFundMe page on which Mason has raised, to date, $2,250.

“It’s just me. I’m not trying to be a firefighter who does good things in the world. A thank you is all I’m really asking for,” he says.