A Changing of the Guard(ener)

Raqueeb Bey of Black Urban Gardeners and Farmers of Pittsburgh seeks to empower the city’s African-American community by teaching them about agriculture. 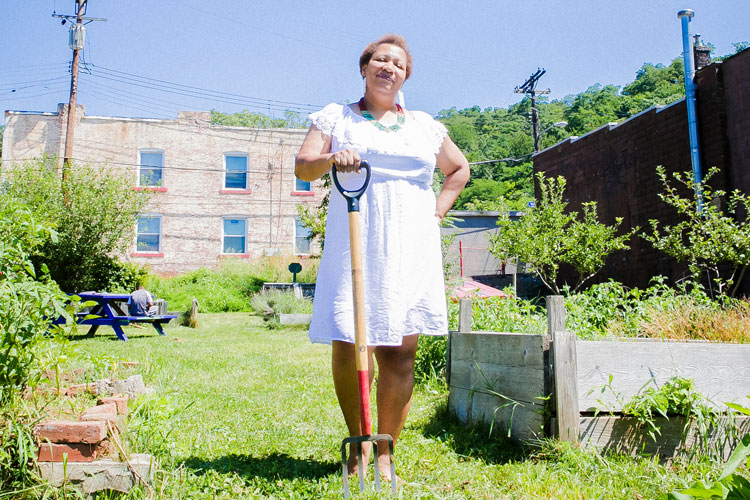 Raqueeb Bey knows it can be a tough road to convince Pittsburgh’s African-American community to labor for their food. “There’s still a stigma. We think in terms of, ‘My ancestors were forced to do that. We worked hard to get away from that,’” she says.

However, the founder of Mama Africa’s Green Scouts and Black Urban Gardeners and Farmers of Pittsburgh (B.U.G.S.), as well as the Garden Resource Coordinator for Grow Pittsburgh, sees urban agriculture as a means to uplift rather than oppress underserved communities.

Bey, great-granddaughter of a sharecropper, fondly recalls devouring strawberries and figs from her father’s Uptown/Hill garden. But it wasn’t until she returned from Atlanta in 2000 to help her mother take care of him that she realized the power of plants. It didn’t start well: She took over the weeding duties at a nearby community garden but also was pulling edible plants until, she says, “some of the older gardeners set me straight.”

Bey learned quickly and oversaw operations of the garden until it shut down a few years later; new management from the building it had been using water from stopped allowing the gardeners access to hydrate their crops. “I didn’t know anything about rain-barrels or water collection back then,” she says.

She learned more after befriending a member of the permaculture-influenced Landslide Community Farm; the collective started farming part of the Lower Hill District and Uptown in 2007. “My mom said people from my church say you’re hanging around with all them hippies. And I said, “They’re not hippies. They’re anarchists.’”

Those “anarchists” helped Bey to become a better urban farmer by teaching her about irrigation techniques such as rain barrels and permaculture ideas such as intercropping. They inspired her to teach others in her Uptown community, a largely food-insecure population that would benefit from growing and eating food, how to start farming, too. In 2011, she founded Mama Africa’s Green Scouts, an organization that not only encourages kids to learn about agriculture but also serves as a means to get older family members involved in the process. “We wanted them to learn, too. We weren’t just teaching gardening. We were teaching community leadership, social responsibility and African-centered culture,” Bey says. 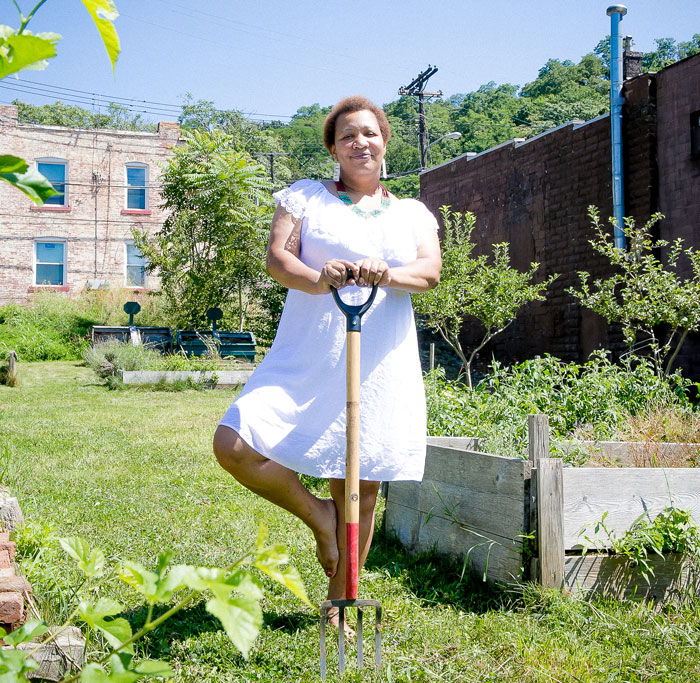 In 2013, she began attending Pittsburgh Food Policy Council meetings. She was the only African-American who attended regularly. “Institutionalized, systematic racism still exists, even in the urban agriculture community in Pittsburgh,” Bey says.

“You want to change that? Well, you have to do the work to make it happen.”

Bey founded B.U.G.S. in June 2015. The organization, which has 20 members and last summer ran a bi-weekly farmers market in Homewood, is about to embark on an agricultural project that will change the landscape of that community, which, just like Uptown, is a food desert: Over the next year they will convert two abandoned lots into a 31,000-square-foot farm.

For Bey, it’s simply another logical step to ensure that she and other members of Pittsburgh’s African-American community gain equity as active participants in their food security and have many seats at a large table discussing the city’s overall culinary landscape.

“I’m not doing a lot. I’m just doing what comes naturally to me,” she says.