Black paint is trending in the design world, it definitely hasn’t hit the masses yet, as evidenced by my recent trip to the local hardware store. 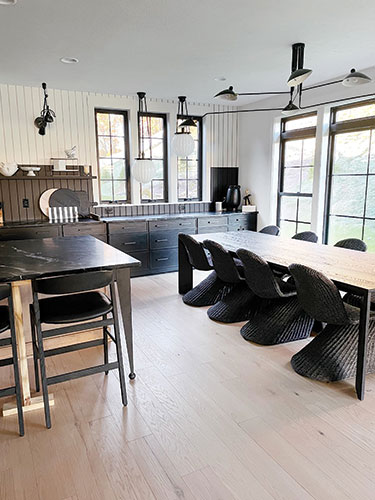 For months, I’ve been following along with interest on social media as Brianne Conley Kordenbrock built her custom, all-black home from the ground up. I’ve admired Natalie Reisinger’s stunning black suburban home (on Instagram as @blacksuburbanfarmhouse) and found inspiration as Black Cherry Design co-founder Lauren Piasecki revitalized a tired, orange brick home by adding a coat of dark paint.

In fact, I liked them all so much that — after debating color choices and convincing my husband my idea would work — I decided to paint the wainscoting in my dining room Benjamin Moore’s Wrought Iron, a beautiful soft black.

And while black paint is trending in the design world, it definitely hasn’t hit the masses yet, as evidenced by my recent trip to the local hardware store.

After I told the well-meaning gentleman behind the paint counter what I was interested in, a look of concern came over his face.

“You do know this color is black, right?” he asked me.

“So, you mean to tell me you’re going to paint your walls … black?”

Because he still looked confused, I showed him some of my inspiration pictures, which he reluctantly concluded looked pretty sharp. 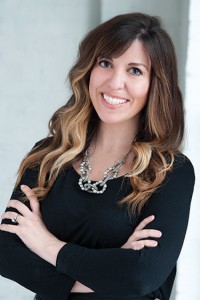 And you know what? It does. My newly dark trim is quite elegant against the rest of the room’s warm white walls, which just goes to show that, whether it’s on clothes or on walls, black is always a classic.

Color also is at the heart of Rosa Colucci’s feature on the paint hues trending for 2022. After years of gray, the world’s major paint companies have concluded fresh greens are the color of tomorrow. PPG Paints’ Color of the Year, Olive Sprig, in particular was tied to an overarching theme of hope for the future — and after these last two years in a pandemic, I can’t think of a better way to kick off a new year.

This article appears in the January 2022 issue of Pittsburgh Magazine.
Categories: HOME Editor