What We’re Reading in December

Reviews of a graphic memoir by local cartoonist Frank Santoro and “A Beautiful Day in the Neighborhood: The Poetry of Mister Rogers.” 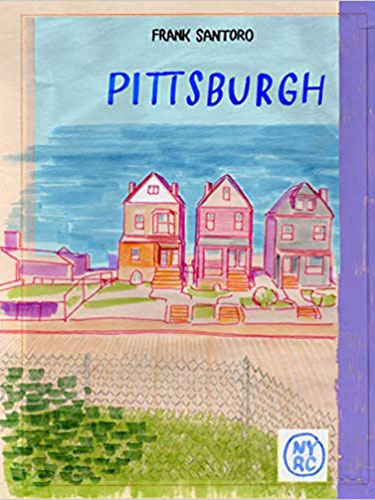 You know you’ve cornered the market on something when your name becomes an adjective. The early 20th-century French novelist Marcel Proust is so associated with the act of remembering that the word Proustian has become shorthand for any piece of writing wherein memory is central to the overall work.

Proust is particularly connected to the idea of involuntary memory, which asserts that our memories are triggered by sensual cues encountered in our day-to-day lives. His novel “A la recherche du temps perdu” (“In Search of Lost Time,” aka “Remembrance of Things Past”) famously contains an early scene in which the narrator, after tasting a madeleine, is overcome with a rush of forgotten memories.

All of this is to say that local cartoonist Frank Santoro’s exquisite graphic memoir “Pittsburgh” is in conversation with Proust’s ideas about time and memory while forging its own methodology and language via the medium of comic books.

“Pittsburgh” is the story of Santoro’s parents — their marriage and eventual divorce. He describes the relationship by writing that his parents “have barely spoken to each other in 20 years. Divorced for 20 years — now both work for the same hospital in Pittsburgh … So, after 20 years they occasionally run into each other at work, and pretend not to see each other … The only connecting thread between them is me.”

Santoro allows his parents, as well as his grandparents and family friends, to tell their own versions of what happened to the marriage, filling in gaps in his recollections as well as providing new information — which sometimes radically re-contextualizes the story. “Pittsburgh” suggests that memory is not a solitary act, nor is it a passive experience; rather, it requires a community of remember-ers to piece together the story like patchwork.

Proust’s memories take the form of ornately detailed sentences bejeweled with a near-limitless array of clauses. Santoro chooses to visually represent his memories by using the art supplies available to a child: magic markers, crayons, scissors, tape. Characters are sometimes drawn in intricate detail and other times are left as barely finished sketches, the artwork veering between the impressionism of Paul Gauguin and the homely naivete of outsider artists such as Mike Stevens and his Mingering Mike series.

Santoro writes, “I started out to write a story for my mother, something to distract her while she got old … But I ended up writing the story for me, something to distract me while she got old.” Frank Santoro has created a work of real beauty infused with memories, some clear and bright, others foggier and more difficult to recover, all rendered with honesty and compassion. 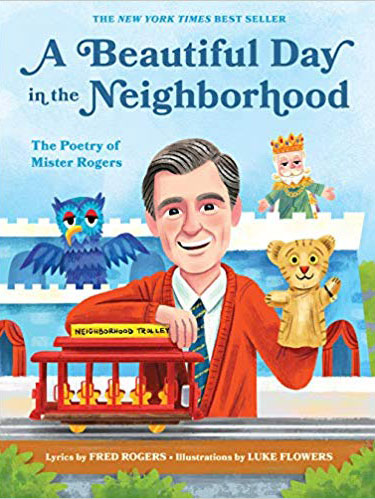 A Beautiful Day in the Neighborhood: The Poetry of Mister Rogers
by Fred Rogers and Luke Flowers
Quirk Books
$19.99

Speaking of memories, “A Beautiful Day in the Neighborhood: The Poetry of Mister Rogers” by Fred Rogers, with charming illustrations from Luke Flowers, gathers 75 songs written for “Mister Rogers’ Neighborhood” and “The Children’s Corner.”

From “Won’t You Be My Neighbor?” to “Everybody’s Shy Sometimes” and “It Hurts to Be Lonely,” this volume is a reminder that not everything has to be as fraught and hostile as your daily Twitter feed.

Due Date
Dec. 9
No one could ever accuse novelist Richard Powers, who visits Pittsburgh Arts & Lectures’ Ten Evenings program this month, of writing the same book over and over again. His subjects have run the gamut of computer programming, genetics, avant-garde music, cognitive disabilities and African-American opera singer Marian Anderson’s concert on the steps of the Lincoln Memorial.

For his efforts, he’s won the National Book Award as well as the Pulitzer Prize. His latest novel, “The Overstory,” was described by 2018 Man Booker Prize judge Leanne Shapton as “the eco-epic of the year and perhaps the decade.”
OAKLAND: Carnegie Library Lecture Hall, 4400 Forbes Ave.
412/622-8866, pittsburghlectures.org