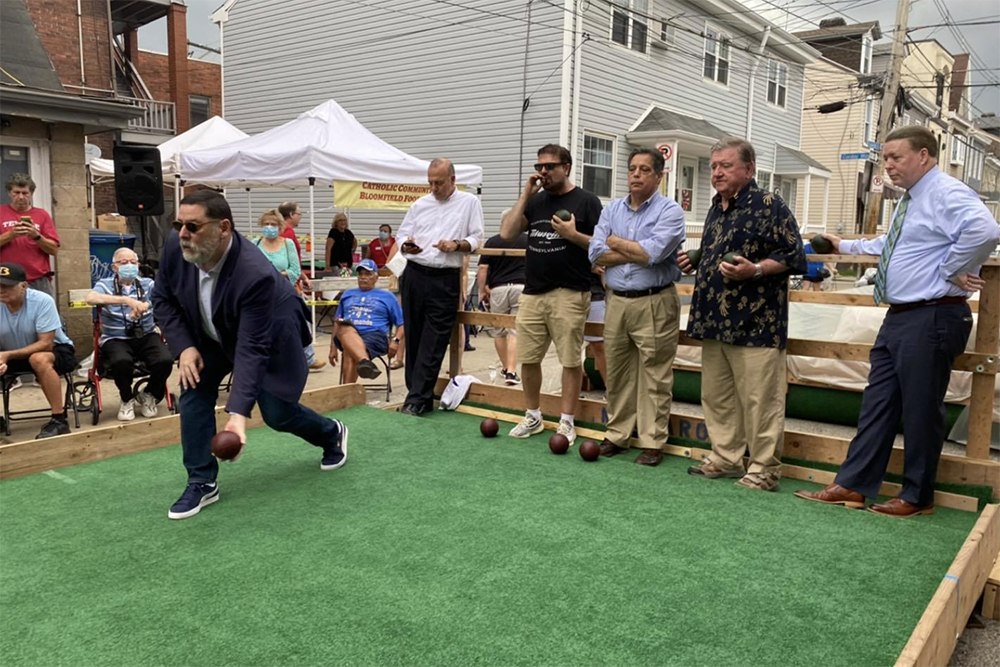 The region’s largest heritage festival is coming back to the ‘Burgh with music, food and more.

Little Italy Days got its start in 2002, created with the goal of celebrating Bloomfield’s deep Italian roots. Now in its 20th year, the festival spans four days and aims to “create a destination spot for Italian-themed entertainment and food,” according to its website.

The festivities kick off on Aug. 18 along Liberty Avenue, from the intersections of Ella Street to Gross Street. They’ll last through Sunday, Aug. 21.

A large lineup of musicians will take the stage at the crossroads of Cedarville Street and Liberty Avenue, including oldies band Magic Moments at 6 p.m. on Aug. 19; Italian opera vocalist John Lupone at 7 p.m. on Aug. 20; and more. There will also be another stage at the corner of Gross Street and Liberty Avenue, featuring rock bands Blind Colours and Ugly Blondes on Saturday and Mojo Hand, described as a “high-energy band with killer groove,” at 1 p.m. Sunday.

The stage at Cedarville and Liberty will also be the site of the Celebrity Bocce Tournament at 6 p.m. on Aug. 18. Franco Harris will make an appearance, commemorating the 50th anniversary of the Immaculate Reception. There will also be an Irish vs. Italians bocce tournament, as well as other appearances from Pittsburgh media and entertainment personalities.

For a complete list of musical guests and where to find them, check out Little Italy Days’ entertainment schedule.

Sal Richetti, a local musician who was born and raised in Bloomfield, has been producing Little Italy Days since 2012. He’s responsible for expanding the festival to its current four-day lineup, and for moving it from September to August to give vendors more daylight hours and reduce the risk of chilly weather.

“I am excited and honored to produce this community-oriented event in the community where I was born and raised,” Richetti says in a statement on the event’s website. “I want to be able to produce Little Italy Days so the businesses can benefit from the large crowds and everyone else including residents, organizations, schools and churches can become involved.”

The festival also gives attendees the opportunity to shop local businesses in Bloomfield. Among them are Groceria Italiana, the oldest neighborhood Italian store in Pittsburgh; Allure, a boutique that sells innovative clothes, accessories and jewelry from New York and around the globe; Merante Gifts, where you can find Italian-inspired gifts; Paddy Cake Bakery; and various pubs, bars and restaurants.

While the festival is free to attend, guests can opt for a VIP package that will include a Little Italy Days T-shirt, a slice of pizza from Caliente Pizza, a bottle of water, access to a VIP restroom and access to a VIP tent with seating near the main stage. VIP access costs $19.95 for one pass or $34.95 for two.

There will be free parking in the garage at Liberty Avenue and Aspen Street, as well as free parking and shuttle service from UPMC Luna Garage on Baum Boulevard on Saturday and Sunday. Paid parking will be available in multiple lots around Bloomfield, and there are ample public transit options that can get you there car-free. Five Pittsburgh Regional Transit routes run through Bloomfield, and bike racks are aplenty along its streets.