What Pittsburgh Area Restaurant Workers Have to Say about Staff Shortages

An informal poll conducted by Pittsburgh Restaurant Workers Aid shows the pandemic amplified pre-existing problems, including low wages and lack of benefits, within the service industry. 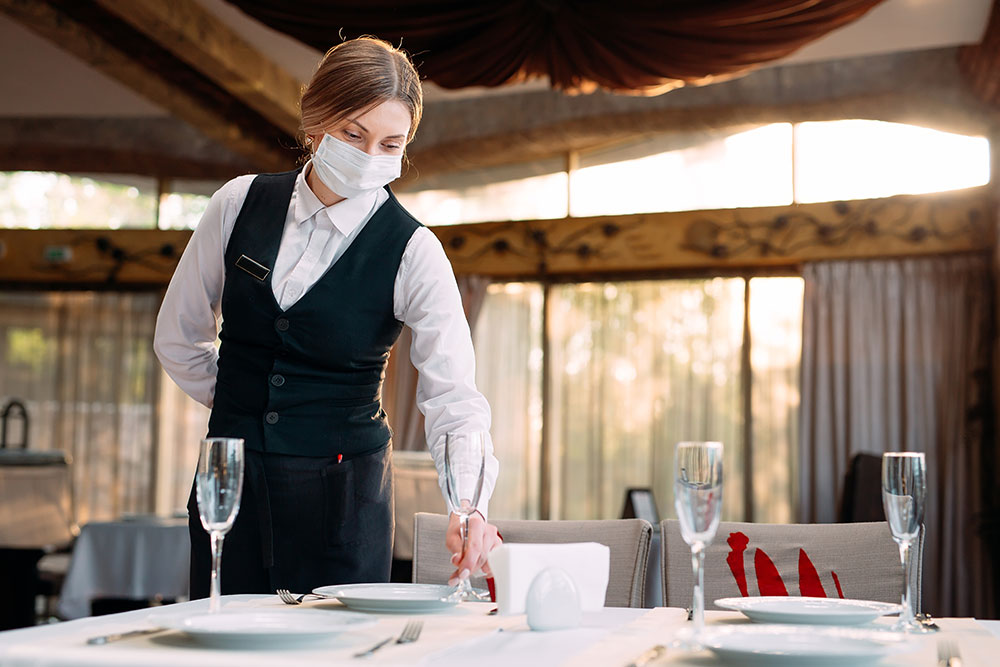 Despite some local and national restaurant owners blaming continued unemployment benefits for keeping workers out of local kitchens, the reasons for the staffing shortage — recently highlighted in an article by dining critic Hal B. Klein —  is a much more nuanced one, a local informal survey has found.

“This argument is convenient, but it breaks down significantly once restaurant workers’ voices are heard,” advocacy organizer Larisa Mednis noted in her report prepared by Pittsburgh Restaurant Workers Aid — a nonprofit formed during the state’s stay-at-home order to provide resources and community support to out-of-work restaurant and hospitality workers.

Of the 115 workers polled over the summer, 78.6% of the respondents expressed they were hesitant to return to the restaurant industry at some point during the COVID-19 pandemic. The most common reason was stress from working in a dangerous environment, followed by low wages, difficult or unruly customers, unpredictable and/or inconsistent schedules and a lack of benefits.

The survey also asked respondents to identify which issues they felt were present in the restaurant industry before the pandemic. Again, the most common responses were low wages and a lack of benefits. Only 8.4% of those polled reported no pre-existing issues within the industry.

Although fewer respondents noted problems with working in a hazardous environment pre-pandemic, the report highlighted the importance of safety in the workplace.

“Restaurant workers, especially those working in the back-of-house, are surrounded by sharp knives, blistering hot stovetops and slippery floors,” Mednis wrote. “Without adequate protections in place, including slip mats, knife guards and first aid kits, as well as appropriate benefits and protections, a potentially hazardous situation can quickly develop into an emergency.”

When analyzing the survey results, the report found respondents were equally as likely to indicate a lack of hesitancy to return to work, whether they received partial unemployment compensation or had never applied.

“To maintain consistency with the argument that increased unemployment benefits correlate with an increased hesitancy to return to work, respondents collecting [unemployment compensation] would be more hesitant to return to work than those who are not,” the report stated. “Additionally, there would be a positive correlation between selecting [the compensation] as a reason for hesitancy and how consistently one receives [that aid.].”

The report indicated the pandemic has amplified pre-existing work issues, resulting in an unwillingness to continue working those conditions even as jobs become available again. It also noted only 31% of restaurants nationwide offer health insurance benefits to their employees; If someone is injured on the job, only 23% of restaurants offer worker’s compensation insurance.

“With the looming threat of COVID-19, many workers did not feel it was worth it to deal with jobs that pose health and safety risks with little-to-no protection, including lack of healthcare, paid sick leave or worker’s compensation insurance,” the report said.

Why Industry Workers Say a Change is Needed

When asked how the pandemic changed their feelings about the restaurant industry, many workers said the pandemic illuminated their feelings of exploitation and lack of autonomy in the workplace. Many added customers have become increasingly rude and hostile during the pandemic, ignoring health and safety protocols and tipping inadequately.

It also included several anonymous quotes from restaurant industry veterans, including this one.

“The pandemic has made me realize that I’m not sure I want to continue to work in the industry… After 21 years in the industry the wear and tear on my body has become to much (sic). I miss holidays with my kids, I constantly have to change my personal life around… because my schedule changes.”

The report concluded that, pre-pandemic, these issues were seen as commonplace and unlikely to change — but not anymore.