What Can You Do at the Three Rivers Arts Festival This Year?

Painting, shopping and attending performances are just some of the ways you can experience this year’s event. 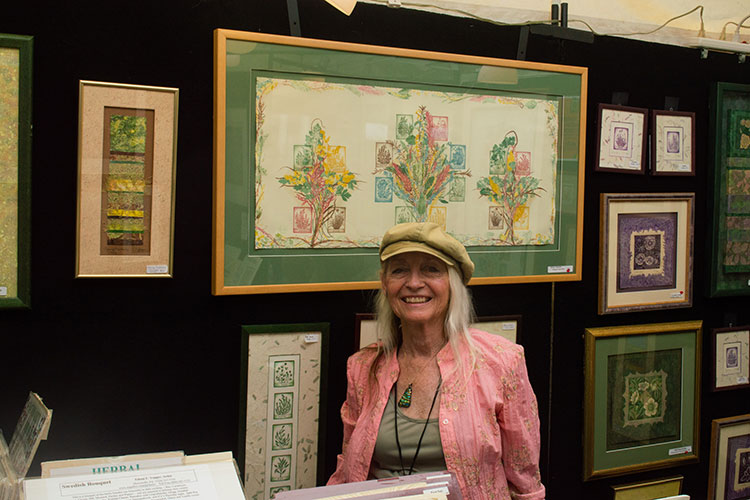 The Three Rivers Arts Festival will return to Pittsburgh from June 3-12 with some notable changes — including its location. Held partially in Point State Park for years, the 10-day festival will now take place in the Cultural District, organizers announced in March.

But nevertheless, there’s still plenty to see and do, whether you stop by for the art, music or just the atmosphere.

Something to remember — because Allegheny County has moved into the high level of risk for COVID-19, masks will be required at all indoor events and programs throughout the festival.

The Festival is perhaps best known for its Artist Market — a collection of vendors from Pittsburgh and from across the country — that had been set up around Gateway Center and Point State Park. You will now find these booths spread throughout the Cultural District, mostly along Penn Avenue but also branching out along Eighth and Ninth streets. Ranging from paintings and sculptures to jewelry, homegoods and more, the market will be open every day of the festival from noon to 8 p.m.

Many of the vendors are not at the festival the full 10 days, so if you’re looking for a specific booth, check the Artist Market website for dates and times.

This event, open every day of the festival from noon to 8 p.m., aims to showcase exceptional new visual art by regional artists. This year’s theme is “_alachian [ah-LATCH-en]”, and organizers call it a celebration. Selected pieces explore the many cultures, communities, identities and topographies of the Appalachian region.

“All too often Appalachian is flattened into one idea of who is part of the region, what is essentially Appalachian,” reads the event listing. “We are curious to celebrate and expand the definition that represents the rich multicultural heritage in Appalachia.”

This event, held from 5 to 5:45 p.m. June 3-5 with an additional 2 to 2:45 p.m. show on June 4, brings Elizabeth Streb’s MacArthur Award-winning choreography to Pittsburgh. Streb is known for “her loud, unflinching explorations of physics” and has “devised what looks like her own Olympic sport,” according to the New York Times.

The Arts Festival marks the first time in more than a decade that the group has visited Pittsburgh. Organizers say it will be revisiting its roots with a retrospective of Streb’s classic solos from the ’70s and ’80s, early equipment experimentations from the ’90s and extreme action opuses with large-scale “action machines” the company has since become known for.

On Friday, June 3, Grammy Award-winning artist, composer and producer will take the stage from 7:30 to 9 p.m. One of the festival’s featured events, Henry rose to acclaim during the early days of the coronavirus pandemic, when he released three independent projects. Throughout each album, his positive and motivating lyrics unified listeners and guided them through one of the more difficult eras of modern history.

Other performers slated to play throughout the festival include the Dirty Dozen Brass Band, Bette Smith, Pittsburgh Symphony Orchestra and Goodie Mob.

People We Love, One Oxford Centre

This international public art event showcases the faces of people looking at a picture of someone they love while listening to a guided meditation. It currently features video images of more than 140 volunteers from the Pittsburgh community who were recorded over the past few months. Starting on Friday, June 3 through Sunday, June 5, an additional 100 people from York, England will be shown alongside the Pittsburgh portraits.

“‘People We Love’ is a work with global appeal; and the ability to read a loving human face is universal,” said artist and creator Kit Monkman in a press release. “Every face tells its own unique story, and each and every edition of ‘People We Love’ speaks of, and to, its own community. That’s why I’m so excited for the people of Pittsburgh to see over 100 people from York in this setting, right alongside the people of the Pittsburgh community.”

The exhibit will be open 24/7 through September.

It’s part of a series of public art events that will be held throughout the 14-block Cultural District. Check out the Arts Festival website for a complete listing of public art projects and where to find them this month.

This unique event aims to honor survivors of gun violence by painting bricks to form garden planters shaped like peace signs, which will then be placed in Pittsburgh neighborhoods impacted by gun violence. This event will run from noon to 6 p.m. on June 3, 4 and 5.

This event, open from noon to 6 p.m. on June 3, 4, 5, 11 and 12, allows participants to make art from reclaimed materials, courtesy of Creative Reuse, based in North Point Breeze. The organization will bring a range of nontraditional and unique materials to create with and provide assistance. All materials are sourced second-hand, too, meaning participants are helping the planet while making something neat.

In its third manifestation of the project, the Pittsburgh Downtown Partnership is creating a temporary painted mural on the street surface of Strawberry Way, an alley that stretches from Liberty Avenue to Grant Street. Local artists Shane Pilster and Max Gonzales, along with Pittsburgh CAPA students, will produce a temporary mural on the alley, highlighting its use and enhancing its aesthetics.

It will be open every day of the festival from noon to 8 p.m.

Folks are invited to try out spring and percussion musical instruments to see if any may be a good fit for their child. Stop by on Friday, June 3, between noon and 6 p.m.

Adults and high school students can stop by on Saturday, June 4 from 4 to 6 p.m. for a workshop focused on learning the skills and techniques necessary to colorize black and white photos. This makes older images more relatable to a modern observer, organizers say.

Participants will also learn about historical African American photographers, including Charles “Teenie” Harris, using their photographs as examples and inspiration.