The 10-day event, now in its 63rd year, will move from Point State Park to the Cultural District. 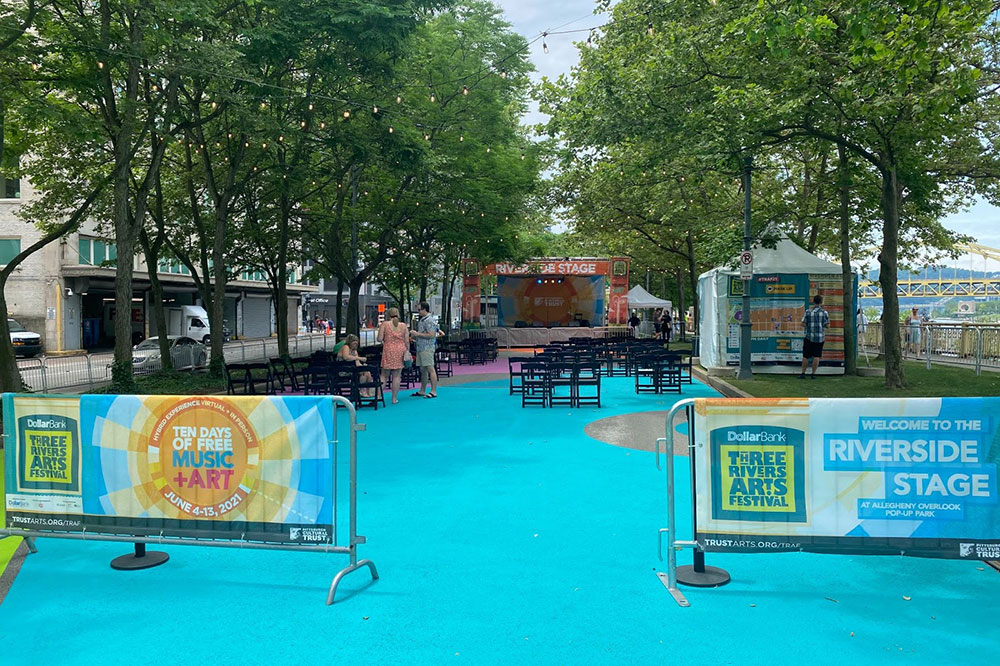 A popular local festival is getting a new home.

After being held in parts of Point State Park for decades, the 63rd-annual Three Rivers Arts Festival will be moving entirely to the 14-block Cultural District this summer. Organizers announced the change by social media channels and the festival’s website early this week.

The move, they say, stems from new usage rules and regulations issued by the Pennsylvania Department of Conservation and Natural Resources for Point State Park. These new regulations mean the Cultural Trust can no longer use the site for its 10-day event.

Instead, the Trust will “showcase Pittsburgh’s renowned Cultural District” as the festival’s new grounds, anchored by a pop-up park located at Eighth and Penn avenues. (The pop-up park will serve as one of the event’s live music venues, too.)

“There will be so much happening during the festival this year,” says Sarah Aziz, director of festival management for the Pittsburgh Cultural Trust, in a statement. In addition to the pop-up park and the other staples longtime festival goers will expect — visual art galleries, outdoor public art, live music, the Artist Market (which has been held around Gateway Center) and food vendors — venues throughout the Cultural District will also be open and presenting events throughout the festival’s run.

The new location marks a new chapter in the Arts Festival’s history as the city emerges from its most recent COVID surge; in 2020, the festival was held entirely online. Last year, it was a hybrid event with both virtual and in-person components. This year, it’s back in full swing for the first time since the pandemic began.

Slated to run from June 3-12, this year’s event will feature more than 400 local, regional and national artists, musicians and makers. Music headliners will be announced on April 20, and the remaining lineup of artists will be revealed in May.