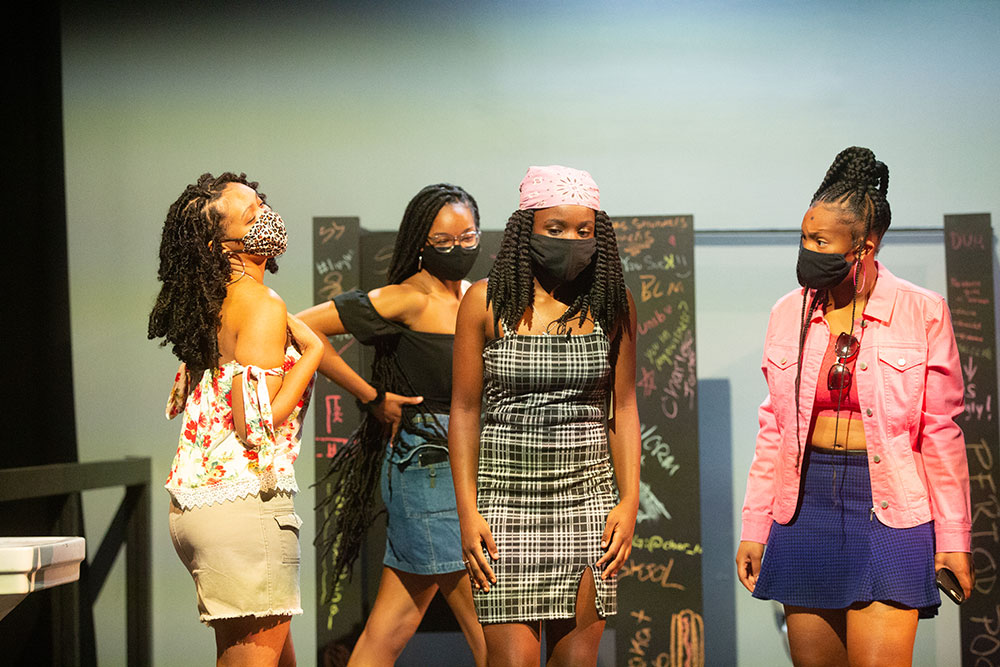 The lauded young-adult novel “The Skin I’m In,” written by Pittsburgher Sharon G. Flake, has been a staple of teen reading lists since its 2000 publication. It has not, however, been adapted into any other format.

The Alumni Theater Company will present the first stage adaptation of “The Skin I’m In” in an original, world-premiere production exclusively via streaming this Friday through Sunday. The production is directed by Kim El and adapted by Flake herself.

“We’re super excited — and very honored — to be the first ones to do this work,” says Hallie Donner, the executive director of the theater company. “It’s a match made in heaven, honestly.” 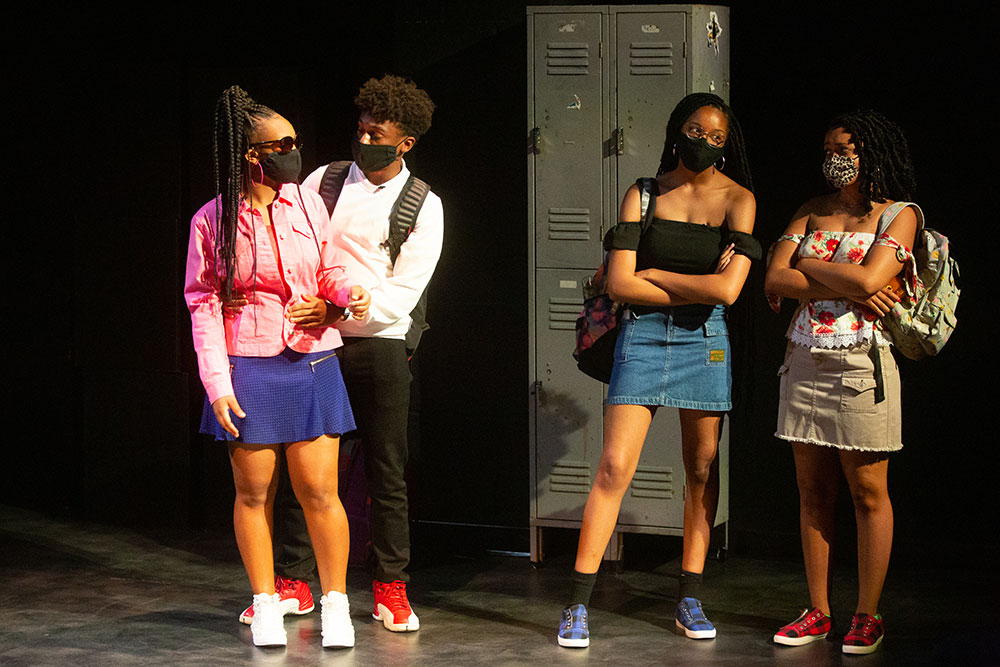 Donner founded the company in 2008 after developing a drama program at the Urban League of Greater Pittsburgh Charter School in East Liberty; it’s a K-5 school, so the Alumni Theater Company was formed to give ongoing performance opportunities to gifted students in grades 6-12. Flake had visited the school years ago, speaking about writing with a group of 5th graders; Donner says Flake reached out while looking for an organization to tackle a stage production of “The Skin I’m In.”

The age range of the students who typically perform with Alumni Theater made the company a perfect fit for the story, which centers on a middle-school-aged girl bullied for having darker skin than her classmates. “The young people who played these roles could really relate to these issues in a very real way,” Donner says. “It’s not something that they’re thinking back on; it’s things that they deal with on a daily basis. 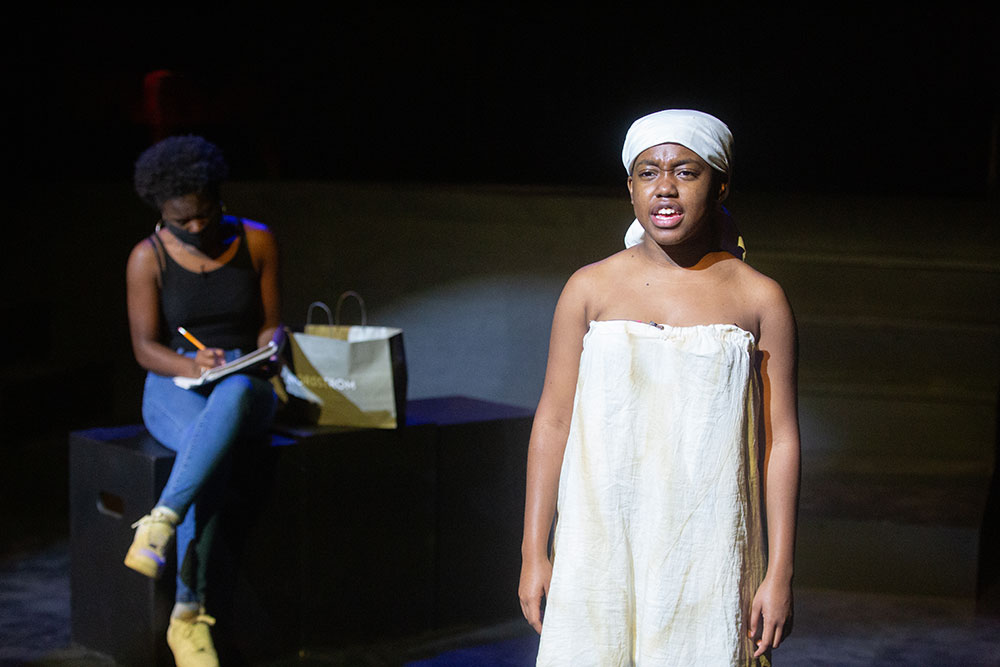 “Being so close to the ages and understanding the type of drama that will happen in middle school and among young people that age is a real benefit to the way they were able to portray those issues.”

The production was originally set to take place in person in May, with 16 performances, including some for school groups. When the pandemic canceled those performances, the company began looking for a way to ensure the show still found an audience.

The result is five virtual performances this weekend. The show is a recording, not a livestream, but audiences will need to watch it within a three-hour window (7 p.m. Friday to Sunday and 2 p.m. Saturday and Sunday). The performance was taped, with social-distancing protocols in place for the performers, over three days in September. 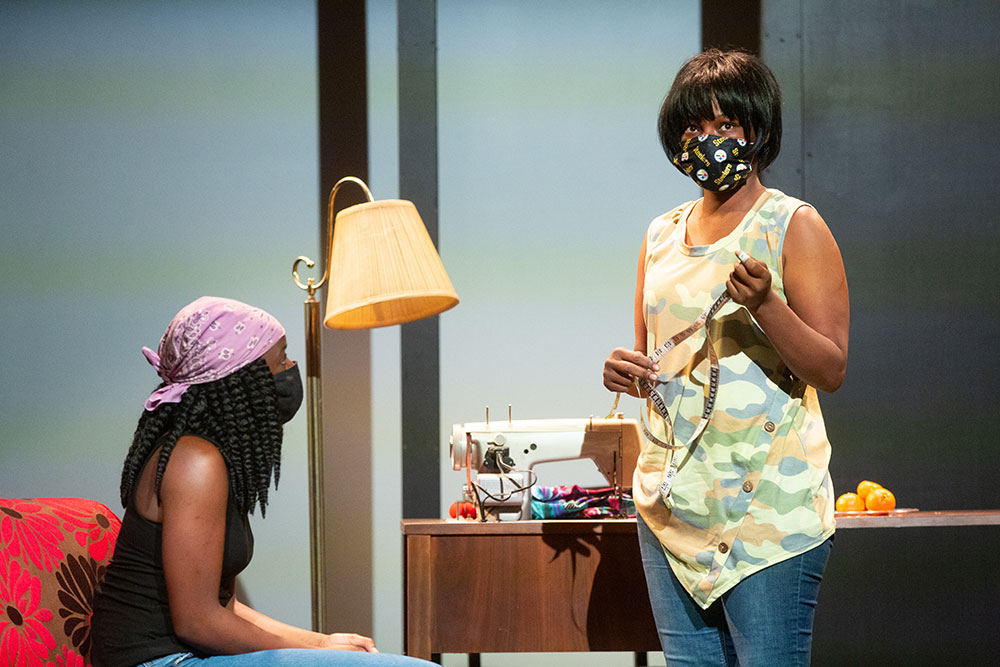 “Sharon, and the director, Kim El, and every single cast member hung in there for seven months to make this happen,” Donner says.

The result is a show that will likely be satisfying for a great many fans who have appreciated “The Skin I’m In” on the page over the past 20 years. For the young performers, however, it was an even more remarkable experience, Donner says.

“The young ACT actors felt lucky from the beginning to be able to work with Sharon, somebody who they had admired … and getting to hear her insight into these characters, that’s an opportunity that most actors don’t ever have. For them to have that experience is really very special.”