PennDOT says safety is its highest priority and that “swift” action is being taken to ensure other bridges are safe. But a couple hurt in the Fern Hollow collapse plans to sue. 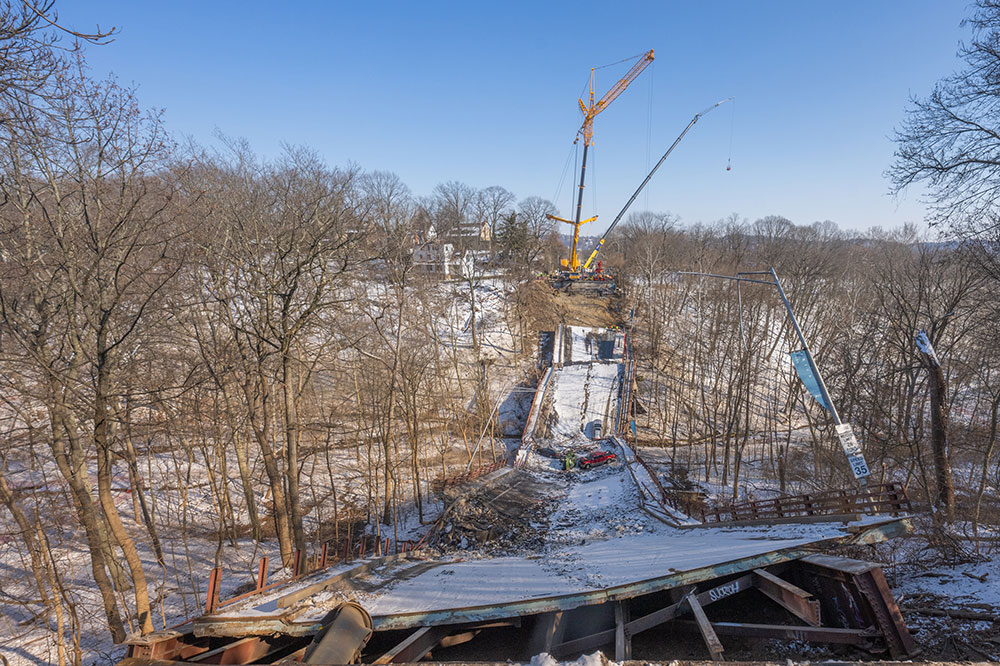 When the Fern Hollow Bridge collapsed at the end of last month, one of the first questions residents had was how long it would take to replace it. Now, as demolition crews continue to clear the debris, experts say the timeline for rebuilding remains in flux.

“Demolition and removal of the bridge is moving quickly. We are hopeful that the removal of the existing structure will be completed within a month but we cannot commit to a timeline due to unknown conditions that may arise,” said Steve Cowan, press officer at PennDOT, adding that the timeline for rebuilding is also unknown at this time.

The National Transportation Safety Board has been on the scene since the last weekend in January, just after the collapse. In its preliminary report, investigators found that a structural failure toward the Squirrel Hill side of the bridge caused it to fall. A final report could still be months away; in its report, the NTSB said it expects the recovery of evidence to be “a lengthy process.”

Cowan said that more details about the collapse and its rebuilding timeline will likely not be available until the final report is published. But nevertheless, the ball is already rolling on reconstruction efforts.

“PennDOT has expedited the procurement of the contractor and design consultant. They have begun the design efforts in cooperation with PennDOT, Federal Highway Administration and the City of Pittsburgh,” he said.

There are quite a few factors involved in determining a timeframe for this kind of project, he added. One of the largest is material procurement concerns — what material will be used, where it’ll come from and how long it’ll take to get it.

“The contractor will begin construction as soon as the preliminary designs are completed and work in stages as design approvals and required materials become available,” Cowan said.

There are no plans in place for a temporary throughway, either, despite early speculation that the city might set up a structure to reconnect parts of the East End that have been effectively cut off from the city.

PennDOT said safety is its highest priority, and that it will take “swift action” in closing or weight-restricting any bridges with advanced deterioration. Federal law requires bridges more than 20 feet in length to be inspected every two years.

“If an analysis of deterioration shows that the bridge needs to be posted — weight restriction less than 40 tons — or closed, action is taken swiftly,” Cowan said. 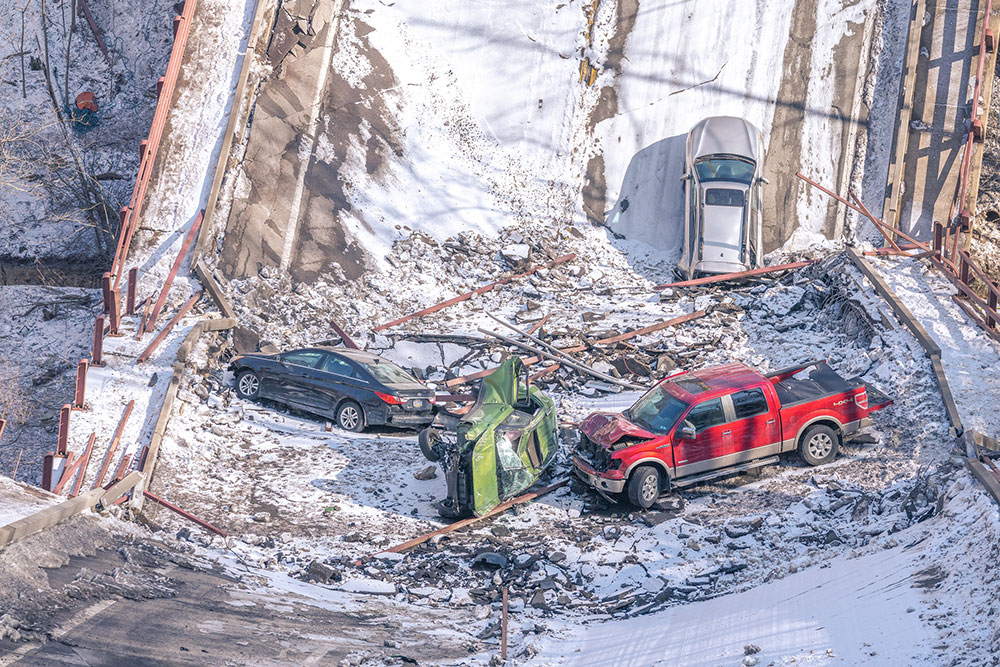 But for those injured in the Fern Hollow collapse, action comes too late.

Tyrone and Velva Perry of Penn Hills announced that they plan to sue PennDOT, the City of Pittsburgh and Allegheny County for their injuries, which include fractured vertebrae and “psychological damage.”

At a press conference held Friday, the couple’s attorneys said the collapse was preventable.

“I want to make something clear right from the start — this was not a random accident. This was a catastrophe. And it was foreseeable. It was the culmination of more than a decade of neglect,” one attorney said.

The couple was traveling across the bridge to care for Tyrone’s 93-year-old mother when the structure fell. Their daughter, Erin Perry, organized a GoFundMe fundraiser to cover the costs associated with their care and their loss of income during the time of their recovery.

“My dad describes seeing the bridge buckle from the end as they were headed across. My mom describes a feeling of being hit and experiencing the feeling of movement until they met the ground,” Perry writes in the fundraiser’s summary. “As they came to understand where they were and what happened, a car came tumbling towards them, stopping only feet from their vehicle, landing on its side.”

Local businesses are feeling the impact of the missing bridge, too, almost two weeks after it fell. WTAE reported that Smashed Waffles in Regent Square will likely close without the bridge, which functioned as its main connection to Squirrel Hill since it opened last fall.