Professor Uju Anya was criticized by Jeff Bezos and CMU for citing Queen Elizabeth II's role in British colonization in a tweet that has been removed by Twitter. 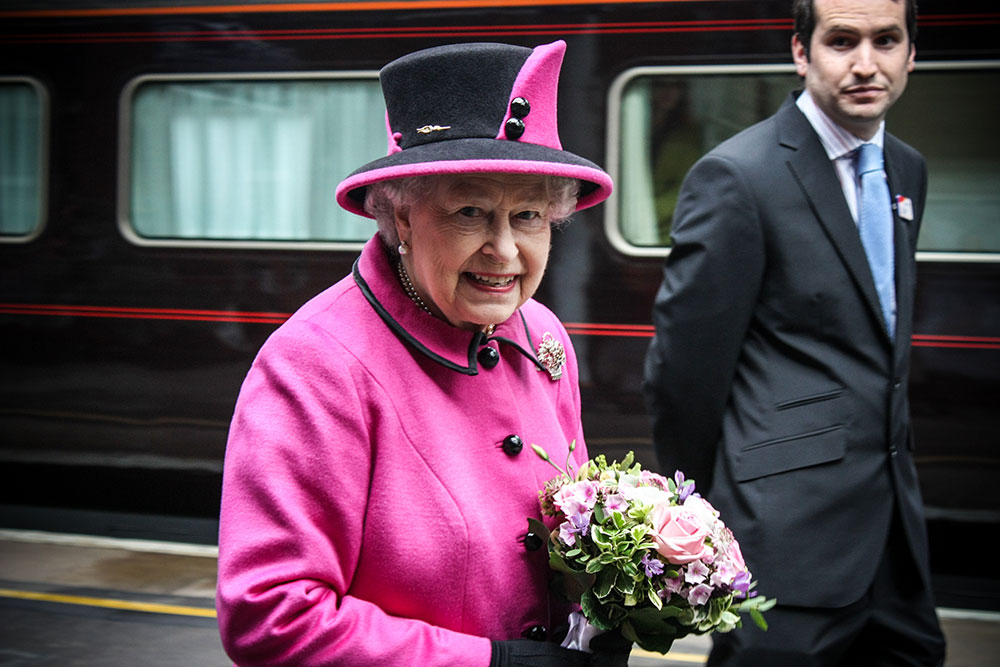 Following the death of Queen Elizabeth II, Britain’s longest reigning monarch of 70 years, the internet has been rife with debate regarding the late queen’s legacy — and the stains it bears.

Among those criticizing the queen, namely for her role in violent British colonialism around the globe, was Uju Anya, a professor of second language acquisition at Carnegie Mellon University. Anya, a renowned Nigerian-Trinidadian-American scholar, posted a tweet in the hours leading up to the official announcement of Elizabeth’s death. It read, “I heard the chief monarch of a thieving raping genocidal empire is finally dying. May her pain be excruciating.”

The tweet quickly went viral, with many condemning Anya for her message and its timing. Amazon founder Jeff Bezos quote-tweeted Anya’s post, defending the queen and condemning Anya’s work: “This is someone supposedly working to make the world better? I don’t think so. Wow,” he wrote.

Carnegie Mellon University thus released a statement saying that, while it values free expression, it does not condone the “offensive and objectionable messages posted by Uju Anya on her personal social media account.”

But now, a petition in support of Anya has garnered thousands of signatures, mostly from academics and Carnegie Mellon alumni around the world — and those who have also been harmed by the imperial reign of the British Empire.

It continues: “Dr. Anya has also been at the forefront of leading efforts to promote diversity, equity and inclusion in the field of applied linguistics, a field that has struggled to diversify and that remains white dominated. … She has also been able to amass a broad social media presence on Twitter that showcases her love of Black people across the diaspora, her passion for uplifting the voices LGBTQA+ persons and a space for collective joy.”

Anya’s Black Nigerian family had been directly harmed by the impact of “British imperialism, genocide and white supremacy,” the letter says. The British government, ruled then by Elizabeth II, presided over a genocide of the Igbo people in the 1960s — a pogrom that killed more than 3 million people, including some of Anya’s own family. Her parents and siblings, the letter explains, barely survived.

“While within public discourse, the term ‘colonizer’ can appear to be an abstract term that people have only read about in history books, Dr. Anya experienced the reverberations of colonial white supremacy first hand,” the letter reads. “Thus, Queen Elizabeth II was not figuratively but literally her colonizer, and the colonizer of millions of people across the world — and particularly countries in Africa, the Caribbean, and Indian Ocean territories.”

Many signatories listed their reasons for signing. One wrote, “Genocidal crime against the Igbo Biafra where an estimated 5.5 million were killed under direct supervision of Her Majesty the Queen Elizabeth British Government from 1967 to 1970.” Another shared that they are the descendant of colonized peoples in Kenya.

“Uju Anya speaks the minds, and for, millions of Africans!” wrote another.

Others condemned Bezos’ response, writing that he used his platform to “unfairly target” the professor. The letter also pointed out that Bezos and Amazon have made donations to many universities, including Carnegie Mellon, which some believe contributed to the university’s decision to criticize Anya rather than support her. It’s what some have called “a conflict of interest.”

It’s still unclear if Anya will face any repercussions from Carnegie Mellon. Some have called for her to face sanctions, or even termination.

She posted: “If anyone expects me to express anything but disdain for the monarch who supervised a government that sponsored the genocide that massacred and displaced half my family and the consequences of which those alive today are still trying to overcome, you can keep wishing upon a star.”