It was back in 1964 when Ringo Starr, John Lennon, George Harrison and Paul McCartney performed their one and only Pittsburgh show at the Civic Arena. 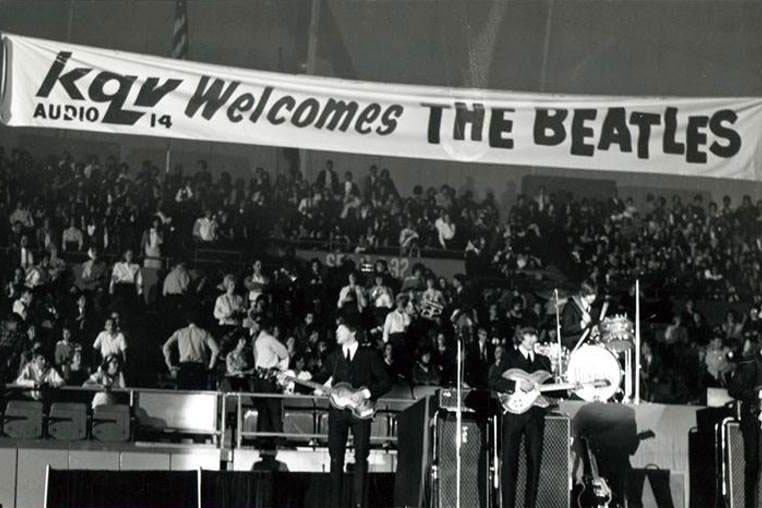 Thousands of shrieking teenage girls made more noise than the chartered Lockheed Electra that delivered the Fab Four to Greater Pittsburgh Airport on Monday, Sept. 14, 1964. First off the plane was Ringo Starr, who spoke briefly with KDKA-TV reporter Al McDowell as someone inexplicably tossed tomatoes at the band.

It had been that kind of tour for the Beatles, reported the Pittsburgh Post-Gazette. “Crazy, unpredictable, playful, a hint of anarchy and danger in the air. And flying food. Mostly it was jelly beans, but in Chicago a week earlier, a frozen T-bone steak hurled at the stage nearly clobbered Paul.”

Pittsburgh was the 20th stop of a 24-city tour that earned the group a million dollars and provided visceral proof of their popularity on this side of the Atlantic. A black limousine, complete with a presidential-like police escort, whisked them Downtown. The Beatles would not be staying overnight because they couldn’t find a hotel willing to deal with their legions of fans.

“We just couldn’t provide the protection,” one hotel operator told The Pittsburgh Press. “The kids would tear this place apart.” 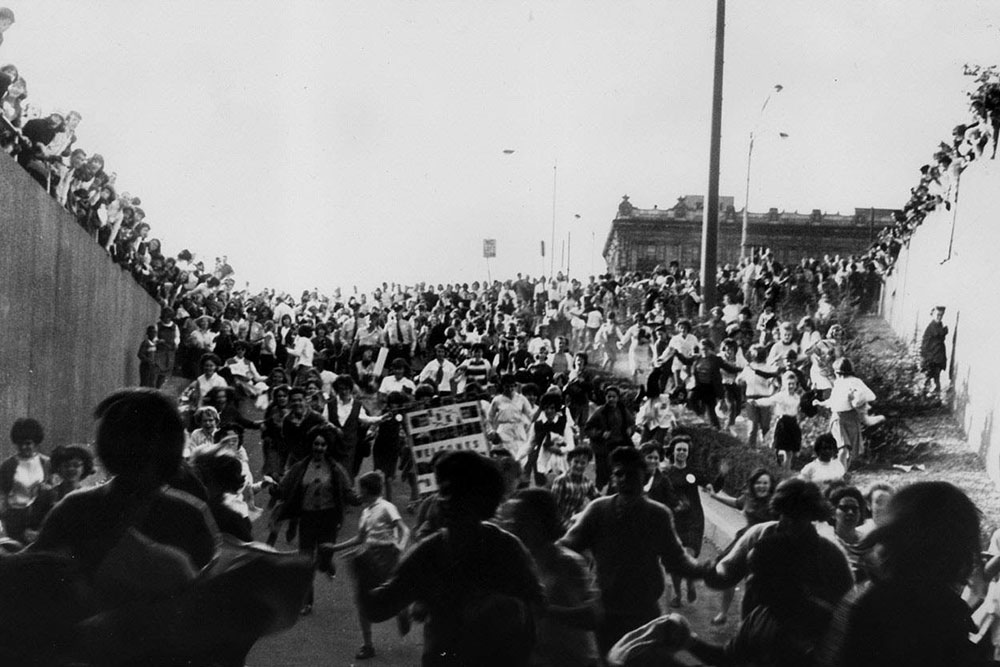 Thousands of fans waited for the band at the Civic Arena. Moments after the motorcade arrived at an underground entrance to the arena, the crowd pushed through a police line and rushed down the ramp. By then, George, Paul, Ringo and John were already safely inside.

A few hours later, the fans’ long wait was over. 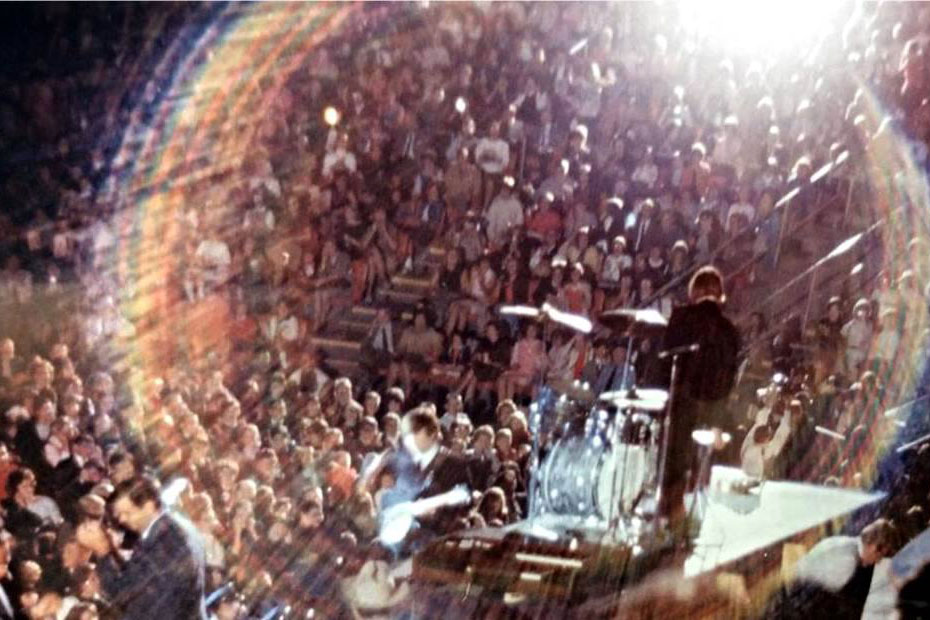 KQV disc jockey Chuck Brinkman stepped up to a stage microphone. “Now, like we at KQV have been telling all you fun-lovers, and I know you’re going to do it,” he said, his voice initially calm but rising in the end to a near scream, “you’re going to be a great audience as KQV presents the Beatles!”

The audience’s reaction mirrored the previous 19 other venues that had hosted the Beatles tour.

“A terrifying, unending high-pitched scream-shriek-wail,” is how Kaspar Monahan of the Pittsburgh Press described the sound. The voices of more than 12,000 screaming teens all blended into “one abysmal howl,” he wrote.

The Beatles played their standard 12-song setlist, which began with “Twist and Shout” and ended with “A Hard Day’s Night” and “Long Tall Sally.” The concert lasted just 30 minutes. Then it was back to the airport for a flight to their next stop, Cleveland.