A senior in 1976, Dorsett led Pitt to its first National Championship since 1937. 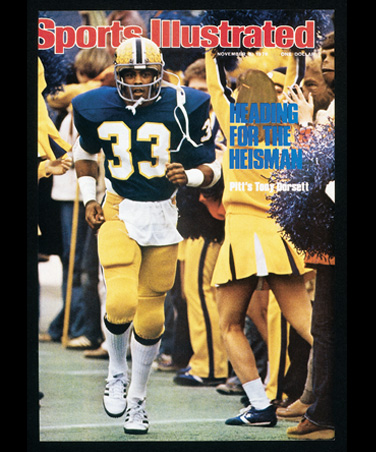 These were heady days for the University of Pittsburgh football program 45 years ago this week.

Dorsett’s final college game was on New Year’s Day 1977, when the Panthers defeated Georgia 27-3 to win the National Championship.

Later that year, Dorsett was named NFL Offensive Rookie of the Year when he ran for 1,007 yards for Super Bowl champions the Dallas Cowboys. During his 12 years in the NFL, Dorsett rushed for 12,739 yards and scored 91 touchdowns. He was inducted into the College Football Hall of Fame and Pro Football Hall of Fame.

Dorsett, now 67, announced in 2013 that he had signs of chronic traumatic encephalopathy, or CTE, a degenerative brain condition. Researchers have linked CTE to memory loss, dementia and depression.