Watch as some of his former teammates joined thousands of fans to honor Greene, only the second Pittsburgh Steelers player to have his number officially retired. 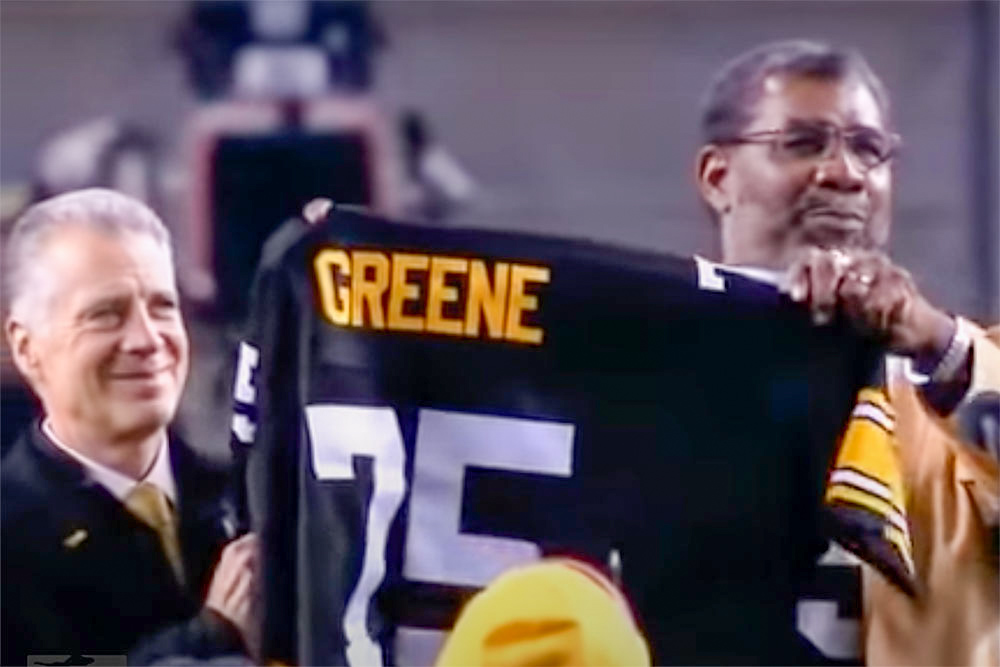 Before a national audience on Sunday Night Football, the Pittsburgh Steelers retired Joe Greene’s number 75 on Nov. 2, 2014. Greene and Ernie Stautner are the only two Steelers to receive the honor.

Drafted as the fourth overall pick in 1969, Greene was a founding member of the Steel Curtain defense. He earned four Super Bowl rings in the 1970s, was elected to the Pro Bowl in 10 of his first 11 seasons and was inducted into the Hall of Fame in 1987. Greene is recognized as one of the NFL’s most dominant players.

Greene got his “Mean Joe” nickname from his aunt who thought he looked like boxing legend Joe Lewis. Greene’s competitiveness is legendary. When the Philadelphia Eagles clinched a win in his first season, Greene was so furious that he grabbed the ball, before the clock and hit zero, and threw it into the stands. In 1974, Greene nearly quit the team after a 13-10 loss to the Oilers. Fortunately, receivers coach Lionel Taylor talked him out of it. Unknown by many at the time, Greene played half of his career with nerve damage after an injury to his right arm and shoulder in his seventh season.

Greene is said to have downed 18 bottles of Coca-Cola during his iconic commercial that debuted during the Steelers’ 31-19 win over the Rams in Super Bowl XIV.  ⇓