Also, after 20 years of being spelled Pittsburg, the city got its “h” back for good. 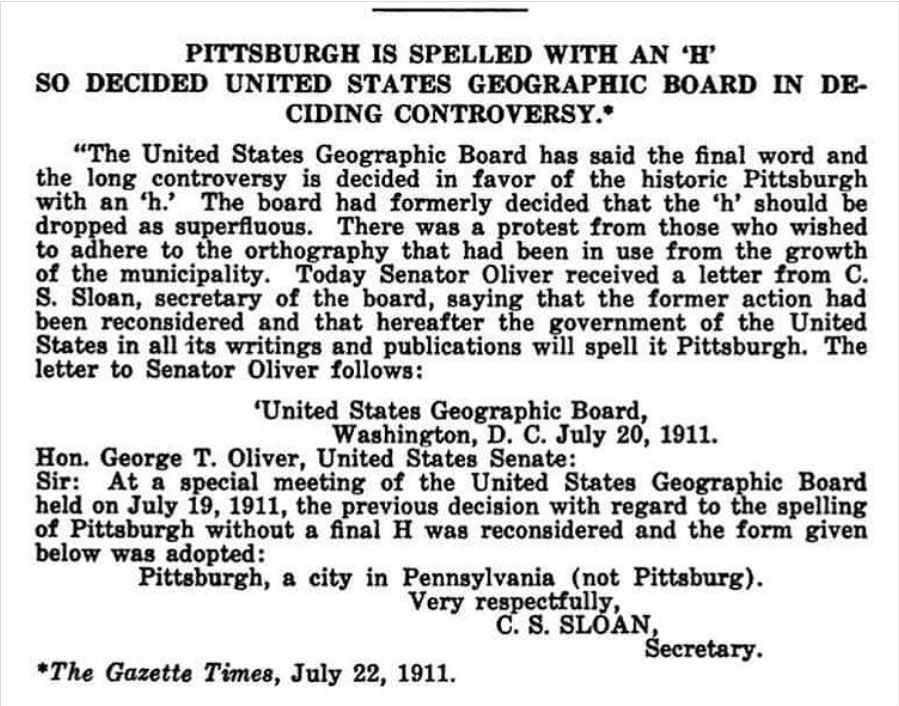 Pittsburgh Gets Back Its “H”
On July 22, 1911, the U.S. Board on Geographic Names decided to officially restore the letter “h” after 20 years of spelling the city’s name “Pittsburg.” The board has previously decided the “h” was superfluous.

Among the things that happened while the city was spelled Pittsburg:

Throughout the 1960s and 70s, KDKA dominated morning radio ratings with hosts such as Rege Cordic and Jack Bogut. Bogut’s decision to move to WTAE in 1983 caught a lot of his fans by surprise. Nighttime host John Cigna was tapped to replace Bogut.

Fearing a dip in ratings because of Bogut’s popularity, KDKA launched a heavy advertising campaign to promote Cigna’s move to the morning in the form of a series of self-deprecating promos that often left the host battered and bruised. In one of the videos, Cigna appears to jump onto the hood of a moving vehicle and had a door slammed into his face (accidentally) by then-News Director Fred Honsberger. Another of the videos had Cigna strapped to the skids of a helicopter.⇓

Cigna would host the morning show until September 2001, when he yielded the microphone to Larry Richert.