The groom-to-be unknowingly followed his father's lead in picking the time and spot to pop the question to his future bride. 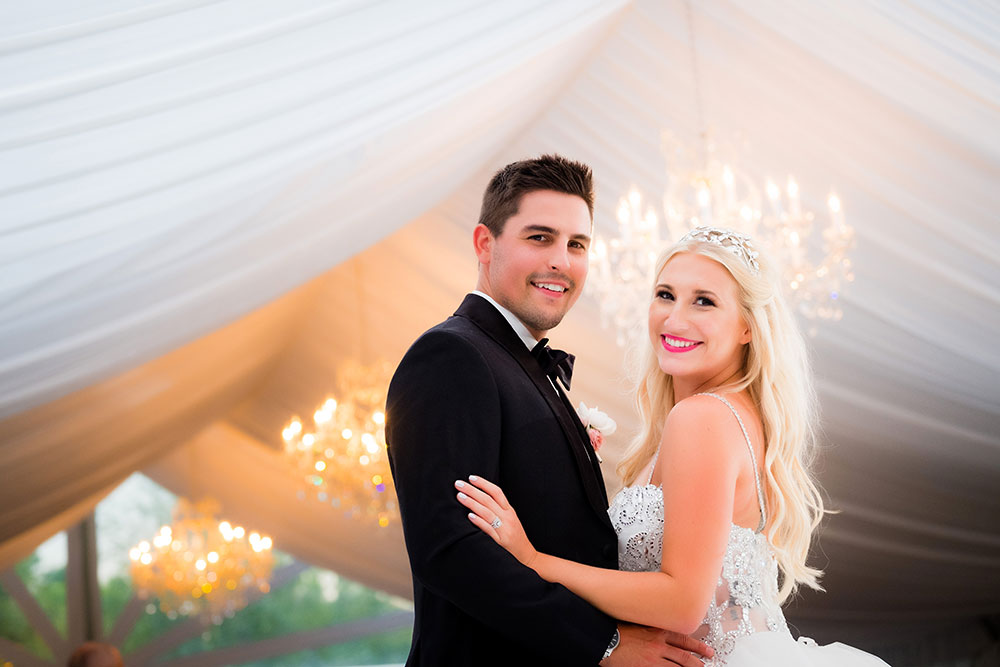 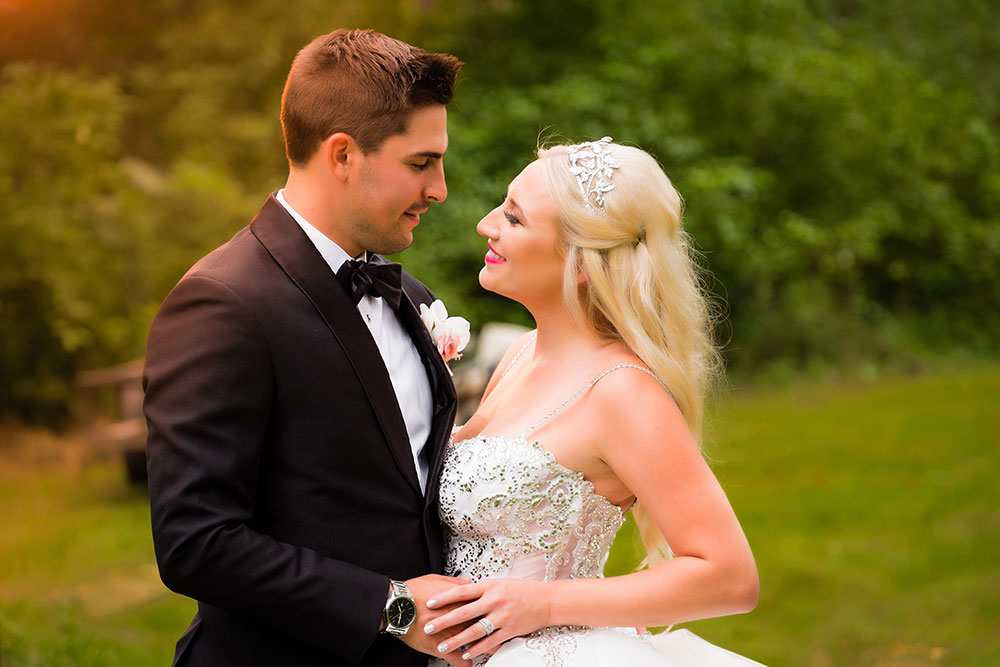 In 2013, Paige and her best friend, who would eventually be her maid-of-honor, and Anthony, along with a group of friends who would eventually be his groomsmen, met at the party at Indiana University of Pennsylvania, where both were students. They ended up talking and clicked. Their first date took place two weeks later at the restaurant where Paige worked.

“I was attracted to his personality and how he treated me,” Paige says. “He definitely treated me like a princess.” 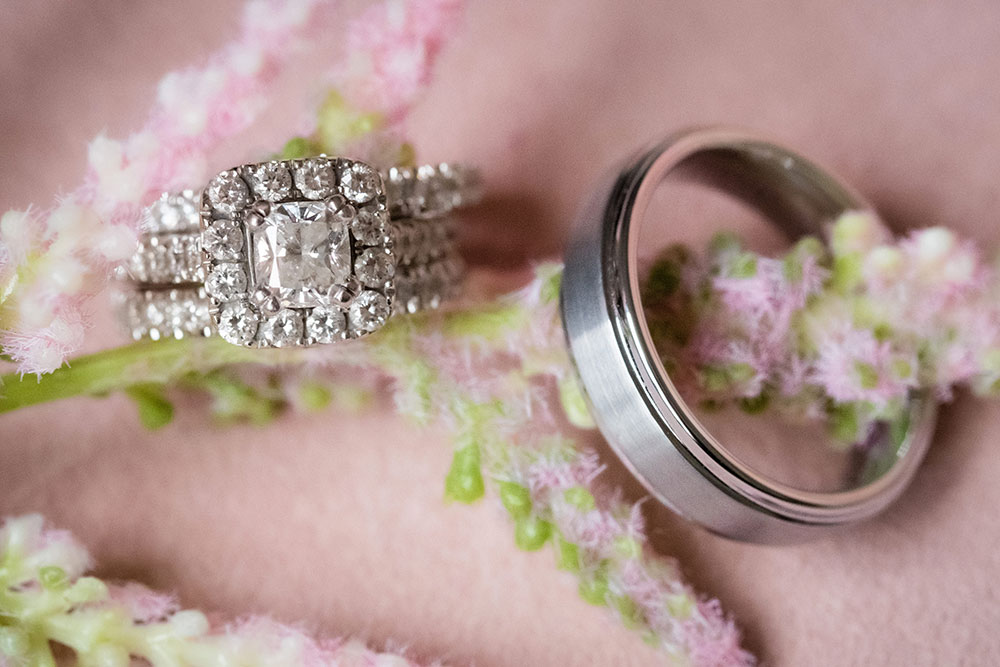 After dating for five years and knowing they were headed for marriage, Paige decided it was time to speed along the engagement process.

She told Anthony she wanted diamond earrings for Christmas and suggested they go to Jared to pick them out.

When Anthony wandered over to the engagement ring section, he found some by Neil Lane, the creator of the rings for “The Bachelor” and “The Bachelorette” reality TV shows.

“He picked a set out and I was like, ‘That’s the one I would have picked,’” Paige says.

The couple’s families, who have bonded throughout Paige and Anthony’s relationship, typically spend Christmas Eve together for the Feast of the Seven Fishes, (Anthony’s family is Italian), and Paige’s siblings urged Anthony to propose that night. The trouble was that the ring was at Jared in Robinson Township and Christmas Eve was set to be held in Murrysville at Anthony’s grandparents’ house.

Anthony asked his best friend (and future best man), Tyler, to pick up the ring.

“He had to answer all these questions, and they were trying to get Anthony on the phone and every time Anthony would take the call I’d walk in the room,” Paige recalls.

When Anthony did pop the question in his grandfather’s basement, Paige was shocked at the timing as Anthony had told her he thought proposing during the holidays was cliche.

Further surprising everyone was the revelation that Anthony’s father proposed to Anthony’s mother in the same spot — also on Christmas Eve.

The couple celebrated with an engagement party the following year in Paige’s parents’ 5-acre backyard in Indiana, Pa. 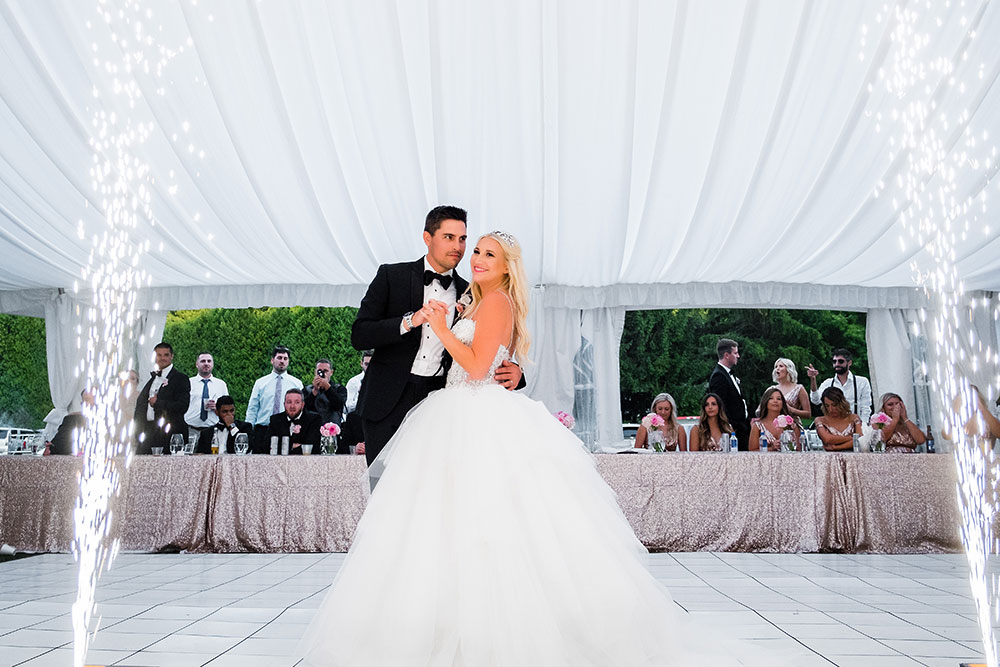 Then the pandemic hit. At first, summer seemed far away enough that her wedding wouldn’t be affected. But by June, she knew things weren’t going to come together the way she anticipated, and she didn’t want to postpone.

In tears, Paige called her mother and said, “I’m having my wedding at your house.”

Even though the venue changed, Paige still wanted the celebration to feel elegant, with a tent, chandeliers and dance floor to accommodate their 250 guests.

She wore a custom Pnina Tornai gown she got at a trunk show with the famous designer at Kleinfeld Bridal of “Say Yes to the Dress” fame in New York City. Her cousin Josh married the couple and Anthony’s grandparents got a standing ovation for their special dance.

“I’m very thankful to my parents,” Paige says. “Not everybody has 5 acres to do their own wedding in their backyard.” 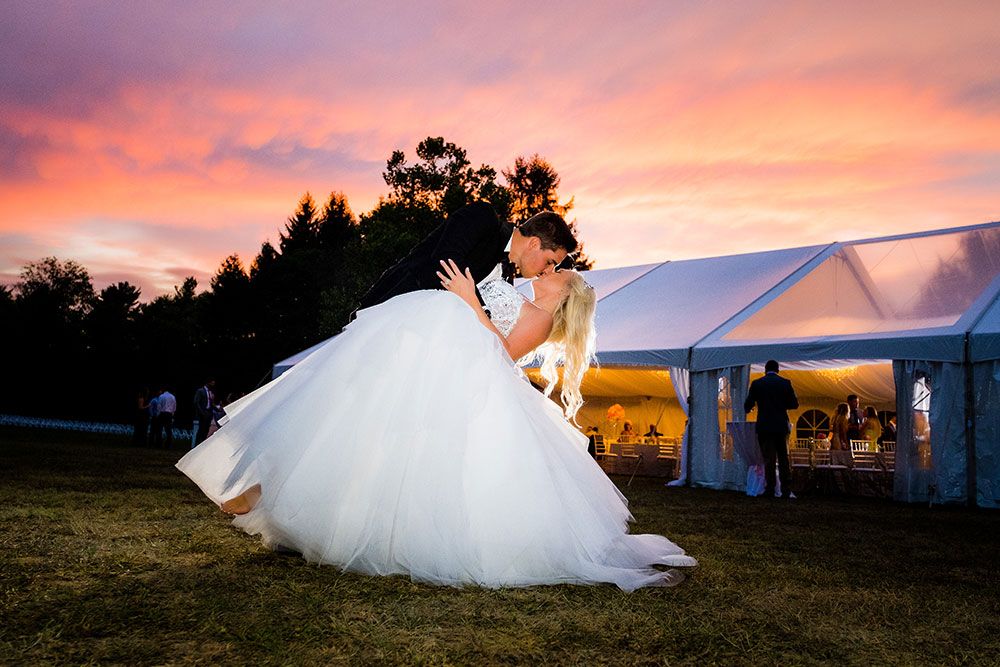 Anthony and Paige, both 28, recently bought a home in Canonsburg. Paige works in medical device sales and Anthony works as a sales rep in human resources. 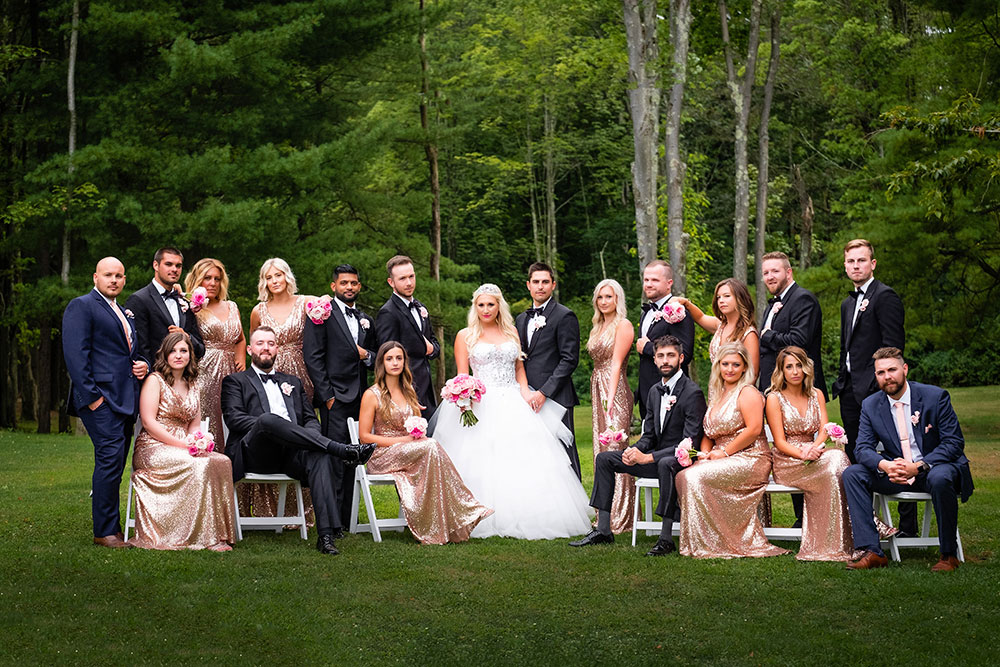